We use cookies to provide you with a better experience. By continuing to browse the site you are agreeing to our use of cookies in accordance with our Cookie Policy.
Home » Home for hot dogs and a dream

Home for hot dogs and a dream

Consumer data culled by market research firm Nielsen found that some US cities relish hot dogs and sausages more than others, according to an analysis by the National Hot Dog and Sausage Council (NHDSC).

Los Angeles led the pack as the retail sales top dog despite being home base for Beyond Meat, maker of plant-based protein products engineered to look, cook and taste like meat. New York was the second-biggest hot dog market with Dallas/Ft. Worth placing third. Chicago, Philadelphia, Boston, Houston, Atlanta, Tampa and Phoenix round out the Top 10.

“Upstate New York and the south each have great hot dog traditions with popular local hot dog brands that drive demand in those communities,” said Eric Mittenthal, NHDSC president and Hot Dog Top Dog. “Buffalo is the only city with a baseball stadium named after its hot dog brand, Sahlens, while Carolina Pride dogs are a celebration of their local history dating back more than 100 years.” 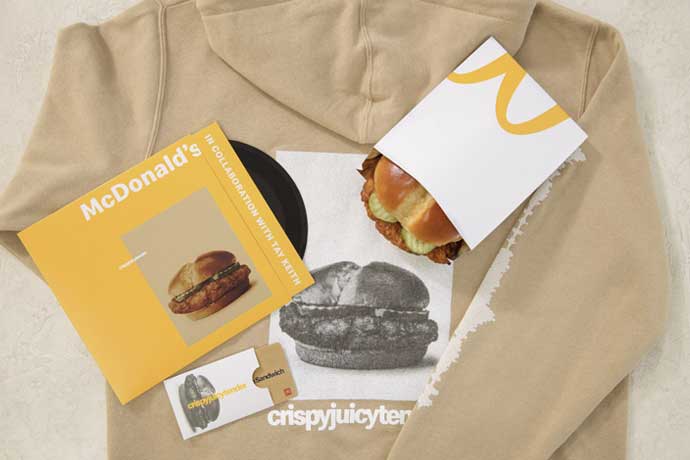 McDonald’s Corp. entered the chicken sandwich wars, and a few lucky fans were dressed to kill – in a limited-edition capsule collection.

As part of the promotion, loyal McDonald’s fans were given early access to the new sandwich one day before its official launch nationwide; an original, never-before-heard audio track created by music producer Tay Keith on 7” vinyl; and a limited-edition hoodie with “crispyjuicytender” emblazoned across the back and a waveform design of Tay Keith’s original track running up one sleeve.

“We know fans can’t wait for our new Crispy Chicken Sandwich to hit restaurants, so we’re celebrating them and this moment with a drop like no other,” said David Tovar, vice president of US communications. “We’re excited to give fans early access to this sandwich and exclusive swag they can’t get anywhere else to memorialize this great addition to our menu.”

“This experience is similar to a hurricane.”

– Joe Sanderson Jr., chairman and chief executive officer of Sanderson Farms, on executing the company’s crisis plans in the wake of mid-February winter storms and widespread power outages that closed plants and interrupted shipments to many meat and poultry companies. 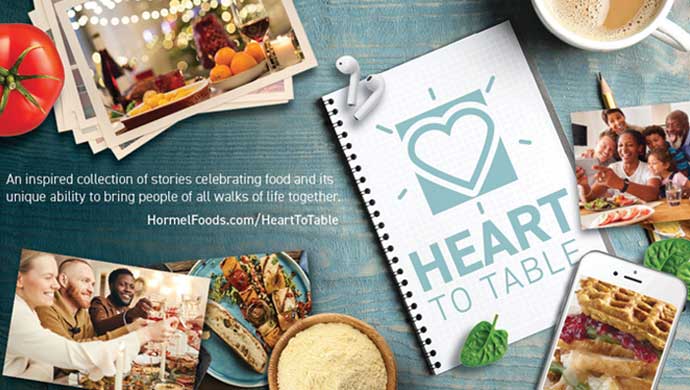 Hormel Foods Corp. expanded its digital entertainment network with the launch of “Heart to Table,” a digital thought-leadership series featuring stories and inspiration from chefs, celebrities and authors celebrating food.

“Hormel Foods continues to lead in multifaceted entertainment with ‘Heart to Table.’ Audiences can listen to the podcast, peruse profiles of savvy chefs and guests on the website, dive into quality recipe content tying into monthly themes and even participate in interactive media experiences on the company’s social platforms,” March said. “This whole effort is a great demonstration of what it looks like to be forward thinking in the food space.”