With the most improbable background imaginable, Jessica Roosa has established a flourishing meat company in the community of Colfax, Ind., an agricultural area just a bit northwest of Indianapolis.

Her operation, widely known as This Old Farm Inc., is a masterpiece of business planning and marketing. First, it’s interesting to note that Roosa was formerly a vegetarian with a degree in biology from Purdue University.

“It was my idea create an organic farm,” she said. “I knew nothing about agriculture and there wasn’t a farmer in my family I ever knew about. I bought an 88-acre farm that was constantly alternated with corn and soybean crops.

“I learned quickly that the soil was depleted of nutrients and to farm it I would have to infuse it with massive doses of fertilizer. My thought was that a better way than buying commercial fertilizer was to utilize it as pastureland and raise livestock. The ‘output’ from the animals was one way to bring back fertility to the soil.”

Roosa said that after trying to make the farmland profitable, she realized there was a problem in finding a market, or even a nearby custom processing house, to harvest the livestock.

“There was an older locker plant about seven miles away that came up for sale and I bought it,” she explained. “It was pretty outdated, but it helped solve our immediate marketing problem...at least for about a year until it burned down.”

A replacement plant was built on the same site and the 15,000-square-foot facility was operational seven months later in July of 2010. The new structure was designed to go under federal inspection and that opened the doors to giving other local farmers and livestock producers a much-needed processing plant. 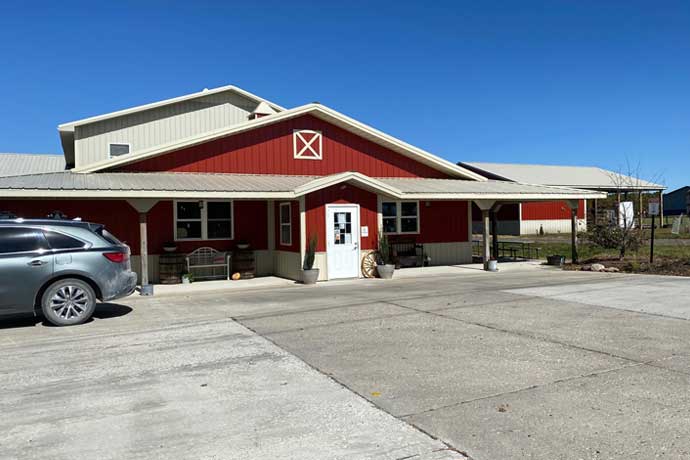 “My mission then became a larger one, that being to save many family farms, raise food responsibly and to see it sold at responsible prices,” she said. “I guess the idea was to pattern things after a farm cooperative. But there was a problem in that those we wanted to help really didn’t have money to put up and build a plant and retail operation. You can’t tell farmers you want to help them and then ask them for money. We were able to get some limited financial support to study the concept and put together a business plan. It ultimately came down to us being able to build the processing plant and paying for it through our service fees.”

This concept resulted in a food hub that was dubbed the Farmers Alliance, an entity that initially had 50 participating farm operations. It has since grown to more than 200 partners, details of which are described on Roosa’s website, thisoldfarm.com.

By installing modern equipment, bringing in and training a committed work force of 32 full and part-time employees, This Old Farm was soon able to process more than 200 different types of meat products, ranging from beef, pork, lamb, chicken and turkey items. Every meat item sold is packaged in shrink vacuum Rollstock film and bears the name of the farm that produced it.

In time, the 2,000-square-foot retail area of the facility was displaying and selling fruits, vegetables and locally produced artisan items like jellies, sauces and other specialty products as well.

“About 25% of our volume is represented through our retail and wholesale sales,” Roosa said, “but clearly 75% of the total revenue comes from our service processing operation. We used the reference ‘food hub’ long before the term ‘food hub’ was cool.”

In searching for places to sell the products, she targeted college campuses, institution foodservice vendors and boutique grocers.

So popular has This Old Farm become with shoppers and those striving to grow and market their own products that farmers and livestock producers come in from all states surrounding Indiana to get help in processing their meats.

The shop produces standard meat cuts for livestock owners, but also features a glistening array of specialty creations ranging from andouille and chorizo, to summer sausage, jerky, snack sticks, hams and bacon. In the retail area, meat cuts are offered both fresh and frozen.

Ever the food purist, Roosa boasted that all the value-added meats are produced with no added nitrites and have garnered a great reputation...a little thing most would call public confidence. 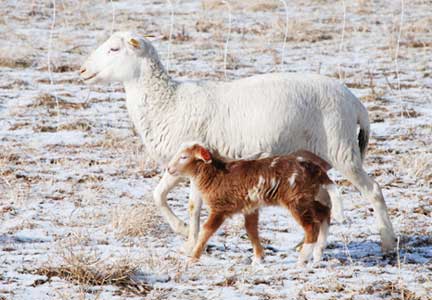 “I would venture to say that our original business plan worked well,” she said. “There’s an old adage taught in business schools that you aren’t really successful unless you’ve failed somewhere along the way, and that made you better. Through the years, I have certainly found many things that did not work, failures taught me valuable lessons.

“Yet the point is well taken that you have to constantly reflect on what you are doing and why you are doing it that way. That results in changes almost continuously. I am blessed to have a staff that reacts positively to change.”

The 44-year-old entrepreneur said the COVID-19 pandemic really opened her eyes about what people expect in the food they eat...they want to know the source and the conditions under which the product was produced.

As far as the maturation of the Farmers Alliance goes, Roosa adds that there is a very informal management structure that works in an advisory capacity. She said the initial funding from the Community Supported Agriculture (CSA) amounted to about $7,000, which was used for marketing and was all paid back. Nothing was provided to build the processing plant.

“We like to celebrate our farmers as they grow. Many of our long-time Farmers Alliance members have gotten back on their feet and struck out on their own to market their livestock and agricultural products,” she said. “That means we have achieved what we originally set out to do in helping save our family farms and getting our food supply back under more local control.” 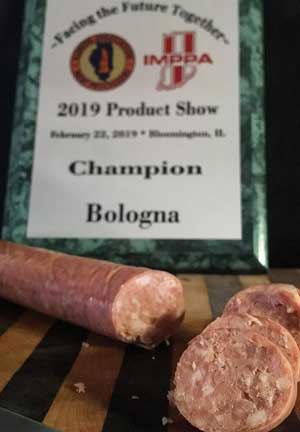 She pointed out that the near future holds the likelihood that greater processing capacity will be needed, possibly resulting in plant expansion.

“We are currently looking for partners that want to invest in processing capacity by either signing letters of intent for co-packing relationships or through equity investment.”

Meeting the need for small producer processing access has been a boon for both family farmers and This Old Farm.

“Larger packers don’t have the time or inclination to service local agriculture,” Roosa said. “We saw the demand and tried successfully to serve that need. In fact, we are totally booked up for our livestock processing through all of 2021, though we intend to add capacity and thus appointments as early as next spring.”

An improbable background for this mission? Indeed. But for Jessica Roosa, her role in providing a much-needed service is certain to inspire others to just look around them and see what needs to be done.