We use cookies to provide you with a better experience. By continuing to browse the site you are agreeing to our use of cookies in accordance with our Cookie Policy.
Home » Beyond Meat readies for IPO

Beyond Meat readies for IPO

EL SEGUNDO, Calif. — Beyond Meat Inc., has earned the moniker of category disruptor with its plant-based Beyond Burger. The company’s signature product has generated significant media attention. Now management will learn how investors feel about the business as it has filed an initial public offering (IPO) to fuel additional growth.

The company hopes to generate as much as $100 million in funding. The money will be used to fund investment in infrastructure and capabilities to support management’s strategic expansion plans, the company said in a preliminary prospectus filed with the US Securities and Exchange Commission.

Such expansion plans include the scaling up of a new manufacturing plant in Columbia, Missouri, new agreements with third-party co-manufacturers and additional investment in research and development. 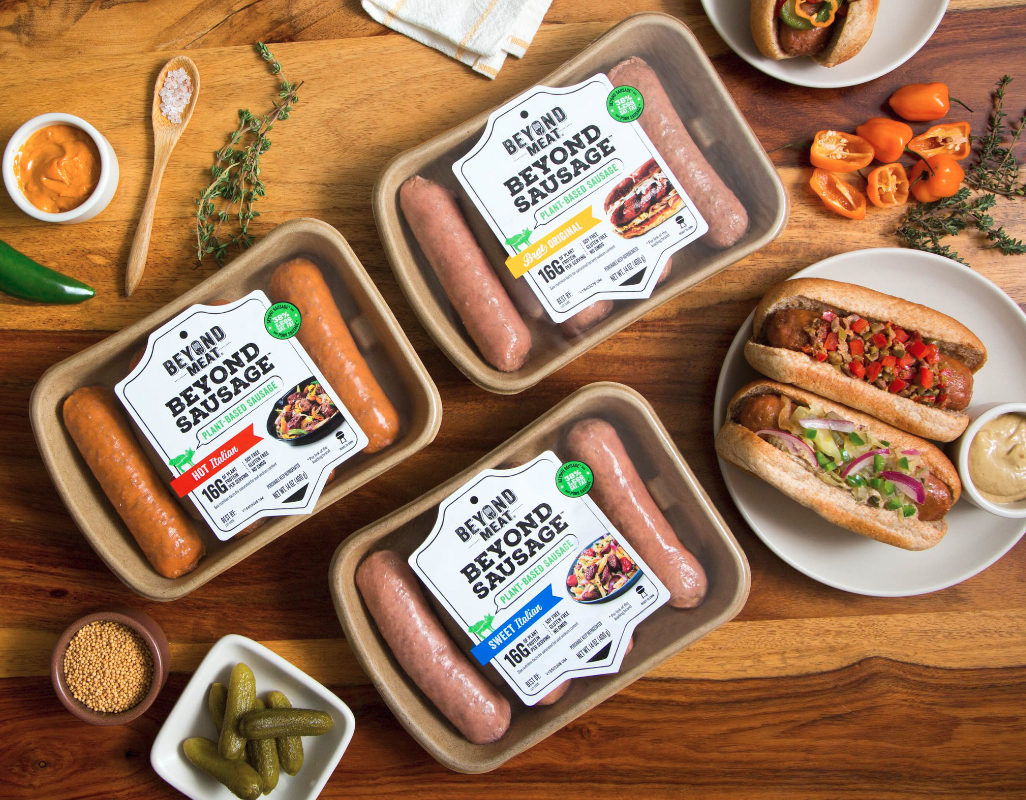 Management said the company “may not be able to achieve profitability or sustain profitability, and we may incur significant losses in the foreseeable future.” Impacting future performance will be continued investment in growth, including its customer base, supplier network, co-manufacturing base, distribution and additional manufacturing plants.

In addition to the Beyond Burger, Beyond Meat offers the plant-based products Beyond Sausage, Beyond Chicken Strips and Beyond Beef Crumbles. The products are carried in approximately 28,000 points of distribution primarily in the US as well as several other countries. The Beyond Burger is the company’s best-selling product, accounting for 71 percent of gross sales during the nine months ended Sept. 29.

Regarding prospects for future growth, Beyond Meat’s management encouraged prospective investors to look at the evolution of the market for alternative milks. The market is currently approximately 13 percent of the size of the dairy milk category and has sales of approximately $2 billion in the US alone, according to Beyond Meat.

“The success of the plant-based dairy industry was based on a strategy of creating plant-based dairy products that tasted better than previous non-dairy substitutes, packaged and merchandised adjacent to their dairy equivalents,” the company said. “We believe that by applying the same strategy to the plant-based meat category, it can grow to be at least the same proportion of the approximately $270 billion meat category in the United States, which over time would represent a category size of $35 billion in the United States alone.”

The company identified several standard business challenges it may face that could affect growth and profitability in the prospectus. Two that stood out relate to its agreements with co-manufacturers and the supply of pea protein, a key ingredient used in Beyond Meat fresh products that give them a similar texture, mouthfeel and flavor when compared to conventional meat.

“We have one single source supplier for the pea protein used in our fresh products,” the company said. “During 2017, and in the nine months ended Sept. 29, 2018, products that contain pea protein from this supplier represented approximately 48 percent and 79 percent, respectively, of our net revenues. Any disruption in this supplier relationship would have a material adverse effect on our business. We have in the past experienced interruptions in the supply of pea protein from this supplier that resulted in delays in delivery to us, and we could experience similar delays in the future.”

Beyond Meat also does not have written contracts with its co-manufacturers and said in the prospectus “the absence of such contracts, any of our co-manufacturers could seek to alter or terminate its relationship with us at any time, leaving us with periods during which we have limited or no ability to manufacture our products.”

Once the IPO is complete, the company said it will be listed on the Nasdaq Global Market under the ticker symbol BYND.