With an estimated 25.4 million refugees in the world, a culinary-based groundswell of cooks and chefs from all over the world have started a movement known as “gastro-diplomacy,” in which refugees from around the globe are bringing their cultures and ethnic-inspired recipes to the kitchens and plates of adventurous diners.

During a presentation at IFT18, Donna Rosa, owner of Aidtrepreneurship, said entrepreneurial companies such as the Syrian Supper Club and Eat Offbeat provide authentic catered meals prepared in-homes or for pick up. The fee for the dinners is used to support the families of the refugees preparing the meals, who often join the diners to share more information about their cultures.

Cooler, calmer cattle can produce more milk and meat, researchers at the Univ. of Florida found, so beef and dairy producers in hot, humid environments might consider breeding cattle for these traits.

Raluca Mateescu, an associate professor of animal sciences at the UF Institute of Food and Agricultural Sciences, and his colleagues studied 725 Brangus, which are a cross between Brahman and Angus cattle. Researchers took the cows’ temperature and observed their temperament and behavior as the animals moved through the chute.

Normal body temperature in beef cattle starts at 98˚F and goes up to 102˚F. Mateescu said that as a rule of thumb, when cows’ body temperature rises above 102.4˚F, they start eating less and produce less meat or milk. Also, cows with shorter hair are cooler. 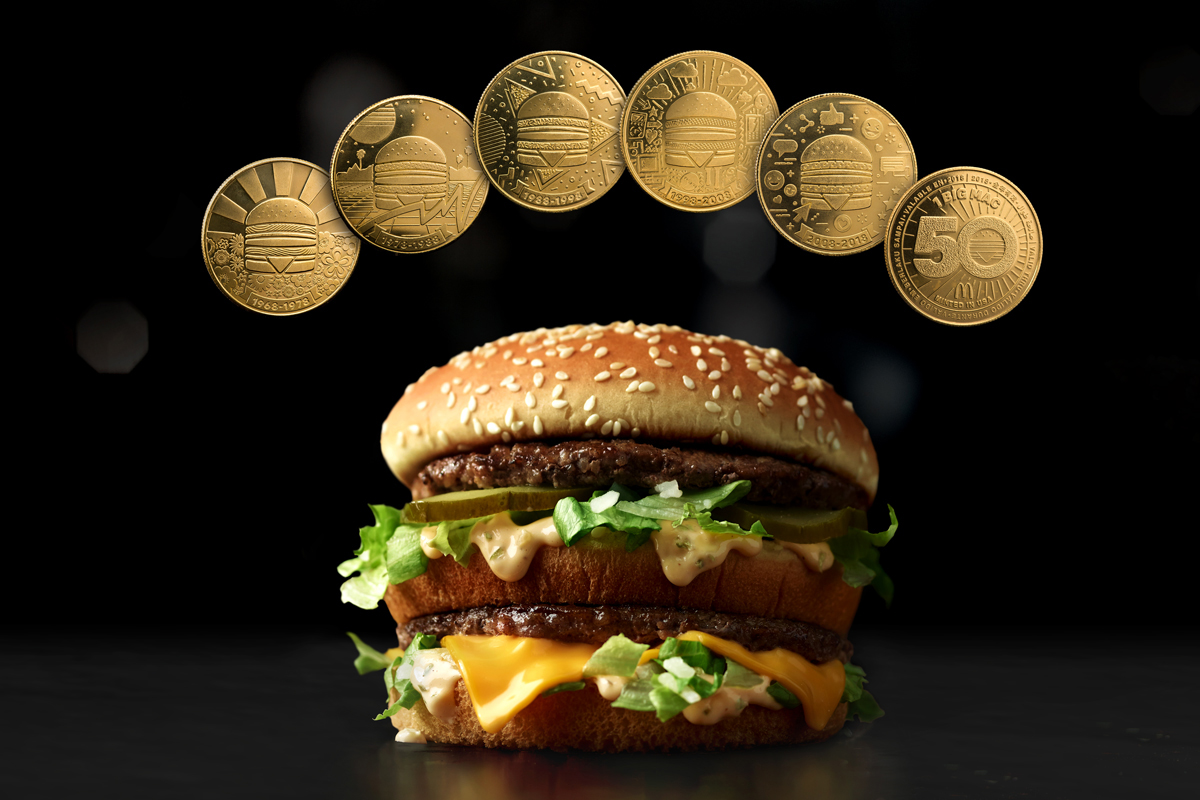 The Big Mac is turning 50. To mark the 50th anniversary of the iconic sandwich, McDonald’s Corp. has introduced the MacCoin. Each coin is redeemable for one Big Mac at participating restaurants in 50 countries around the world.

There will be 50,000 coins in Canada and over 6.2 million MacCoins are being distributed in more than 50 countries worldwide. The coins feature five unique designs each representing a decade of the Big Mac’s history. Seven languages – Arabic, English, Indonesian, Mandarin, Portuguese, French and Spanish – are featured on the front side of the coin.

“The Big Mac is a cultural icon and what better way to celebrate its continuing status than to issue a commemorative coin” said Henry Nienhuis, President of the Royal Canadian Numismatic Association. “The many designs of the MacCoin reflect the incredible international network that comprises the McDonald’s global system. We all know what the Big Mac is worth to us, but giving it its own limited mintage official celebratory coin, expands that worth giving us a collectible keepsake as well.”