Australian documentarians share what barbecue means to people and communities around the globe.

Matthew Salleh and Rose Tucker grew up in Adelaide, Australia. To them, a barbecue, or “barbie,” was a simple gathering of family and friends – nothing fancy. Sausages and onion were thrown on a grill, and people gathered, beer in hand, to share stories and camaraderie over the flame-cooked meal.

For years, Salleh and Tucker thought their definition of a barbecue was the same as everyone else’s around the world. Until, when driving from Las Vegas to New Orleans four years ago, they made a stop in Central Texas. They learned that in Texas, barbecue means slow-cooked, smoked meat – especially brisket. They learned that Texans believe their barbecue is the best there ever was. And, they learned barbecue is more than just a meal in Texas, it’s a way of life.

The trip through Central Texas turned into the subject of a short film by filmmakers Salleh and Tucker, and later became the inspiration for their full-length documentary, “Barbecue.”

“Australia has a very basic barbecue, and when we came to America we realized there’s a whole other way people barbecue in the US,” Salleh explains. “We started thinking, ‘If it’s different in Australia and America, how else do they barbecue in other countries?’”

And so the journey began – to find out what barbecue means to different people in communities around the globe.

“‘Barbecue’ is a grand vision of humanity unified by our most common and primal tradition,” Salleh says in his film’s synopsis. “Stories of race, class and belonging are told around the fire by families, cooks and backyard philosophers. In barbecue, we see a ritual performed religiously across the world. For some, it’s a path to salvation. It is the pride of nations. It brings the world together.” 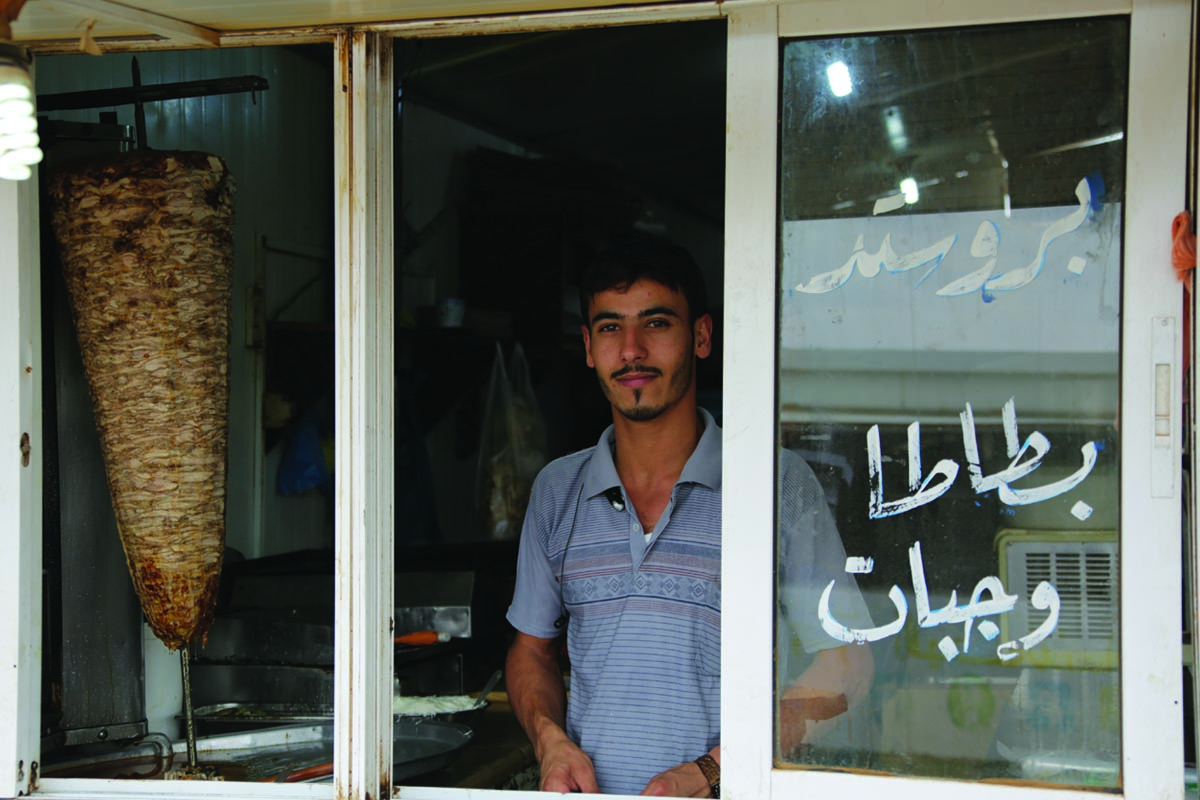 Deciding where to travel and which stories to tell was the first step for Salleh and Tucker, as they started the film making process in 2014. Aside from Australia and the US, the two wanted to select countries that were as geographically and culturally diverse as possible. They traveled to every continent except for Antarctica and after 200-plus days of travel, more than 75,000 miles and around 50 flights zig-zagging the globe they selected 12 countries to feature in the film.

The first stop on the international journey was Sweden. Lucky enough to find a few days of sunshine during their visit to the sun-starved country, Salleh and Tucker told the story of the “engangsgrill” – a portable, disposable barbecue grill. Because of the lack of sunshine, many people in Sweden carry the portable grills around so they are prepped and ready for an impromptu barbecue at the first glimpse of sunshine. The grill gives them the chance to socialize at the spur of the moment and enjoy some flame-grilled meats at the same time.

The two-person crew – Salleh directed and shot the footage, Tucker produced and coordinated sound – discovered an entirely different environment and culture on their trip into the mountains of Mongolia. Accompanied by a local translator, they learned about the Mongolian tradition of cooking marmot or “boodog.” After being gutted, the animal is stuffed with hot rocks and then singed from the outside with a blowtorch. The traditional way of cooking the meat is one of which most people visiting the country wouldn’t normally get the chance to witness, let alone taste. “We wanted to feature foods and cultures that most people would never get to experience,” Salleh says.

During each stop, they would find a local translator who helped connect them with possible subjects for the film. After a day or two of scouting and getting to know the subjects they would begin days of filming. After each round of filming they would sit down again with the translator to translate the dialogue in each film segment while the stories were fresh.

Sampling food and embracing the culture was also an important part of the experience in each country; luckily neither Salleh nor Tucker were picky eaters and both were always willing to sample the local cuisine.

“Everywhere we went we would spend at least a day or more when we arrived going around meeting people, sharing a beer, enjoying some food, getting to know who we were interviewing so by the time we were rolling film everyone felt comfortable with each other,” Tucker says.

“We didn’t want to interrupt the environment with a large crew. We just had a conversation with people – we kept it comfortable and casual,” Salleh says. “Working as a crew of two allowed for very intimate and personal access into people’s lives.”

The other countries visited and “barbecue” foods featured were: khorovats in Armenia; yakitori in Japan; shawarma in Syria/Jordan; barbacoa in Mexico; hangi in New Zealand; lechon in the Philippines; shisanyama in South Africa; asado in Uruguay, barbie in Australia and barbecue in the US. Texas was the final destination while shooting the film. “It was like a homecoming since we shot our original short film in Texas and came up with the idea for this film while we were there,” Salleh says.

While there were countless other countries the two could have featured in the film, they felt like they were able to give a global view of a variety of cultures all experiencing one thing in common – cooking over flames.

Salleh explains the feeling throughout the movie in his director’s statement: “In South Africa, barbecue roasts over coals as people in the townships and suburbs find new ways to live together post-apartheid. Armenians defiantly cling to their traditions and their homeland, while exiled Syrians find new hope through shawarma stalls in a border refugee camp. In Australia, a rural town rejects modern life, while in Tokyo yakitori chefs are inspired by the pulse of the city. Despite strikingly different landscapes and cultures, these intimate portraits of everyday life reveal a bold vision of humanity…” 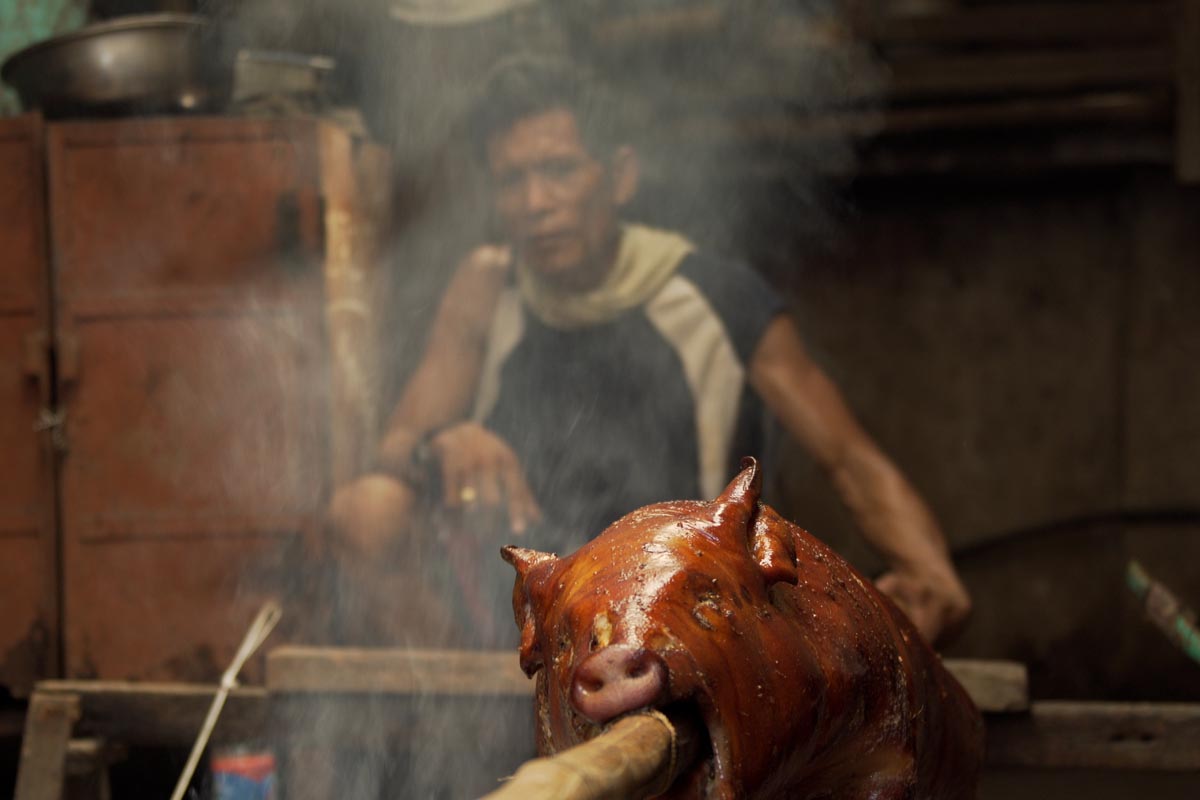 After more than 200 days of traveling and shooting, the two returned to Adelaide to edit the film. For five months they went through the footage and translations and pieced the film together. Since they visited many non-English speaking nations, most of the spoken segments in the film include English subtitles. “It was important that we accurately portrayed the messages of everyone we interviewed through the subtitles,” Tucker says. “We found representatives from each country in Adelaide, so we invited them over to screen the movie and check the translations.”

The last step in the process was incorporating a musical score. Christopher Larkin, an Australian composer, wrote the score for the documentary. Unlike some film projects where the music is written and recorded after the project is complete, Larkin received clips of the footage while it was still in the process of being shot and was able to start composing during production.

Thanks to a little extra money left in the production budget, Salleh and Tucker were able to have an orchestra in Budapest perform the score that ended up in the final film.

The movie was ready to be released by early 2017. It had its US premier at the South by Southwest film festival in Austin in March 2017. During its debut at South by Southwest, Salleh and Tucker got a deal with Netflix. The film was translated into 20 languages and was released on the online streaming network in August 2017. The film also had its Australian and Canadian premier in 2017 and made a tour of area film festivals.

The crowning reward for the couple’s years of work came this spring when “Barbecue” won the 2018 James Beard Foundation Broadcast Media Award in the category of radio, television broadcasts, podcasts, webcasts and documentaries.

“We started this film with the hypothesis that there’s more in this world that brings cultures together and more similarities that we have with other cultures than things that drive us apart and makes us different,” Salleh says. “Through ‘Barbecue’ we can see that the way people do things can be so different, but the reason why people do things and the reasons people get together – to tell stories and relive memories – are the same all around the world.

“After having the privilege and honor of meeting and spending time with these amazing people, we actually see a version of the world that has more in common than people realize. If people get some version of that message when they watch this film, we’d be happy.”