By Jeff Savell and Kerri Gehring

Statistics reveal that pork is the most widely consumed animal protein in the world. A review of scientific literature supports the international focus on research on a wide variety of pork production and processing topics. Pork’s versatility as fresh or processed cuts, and its use as a center-of-the-plate feature or as a key ingredient in so many products for the retail and foodservice channels highlights its importance in feeding the world.

Today’s pork is much different than yesteryear’s version. Older textbooks show photos of the “lard-type” hogs that were the mainstay of production through the middle of the 20th century. The next generation of hogs were termed “lean-type” to show the move to modern pork production. Today’s hogs are as lean as ever with the additional feature of being much larger and heavier than in the past.

Commercial pork production today is a big business. Growing the demand for pork products involves all sectors of the industry and an understanding of end-user expectations. Genetic companies are searching for the best lines and strategies to improve production efficiency. Modern state-of-the-art farrowing and finishing operations are controlling the environment and protecting animals from various biohazards. High-speed, high-capacity pork packing and processing facilities are designed to maximize production and to ensure the highest standards of quality and food safety.

Decades ago, with the opening of the Asian market for meat exports from the United States, the attention given to pork quality seemed to increase substantially. Pork quality is certainly not a new topic with landmark research still being widely cited today. With about 25% of US pork being exported today, satisfying a demanding marketplace, both domestically and internationally, is so important in maintaining pork’s market share and fulfilling consumer expectations.

Without question, juiciness has been a primary driver for pork palatability compared to tenderness and flavor. Pork’s issue with juiciness (or a lack thereof) is rooted in the long-held fear that pork was contaminated with Trichinella spiralis, a parasite which led people to cook pork to an advanced degree of doneness to ensure that it would be destroyed. Today’s modern pork production includes confinement operations with excellent biosecurity measures in place preventing the exposure to this parasite, thereby, this concern has virtually been eliminated. As a result, USDA’s cooking guidelines for internal temperatures for pork were updated several years ago to recommend that pork chops, steaks and roasts be cooked to 145°F with a 3-minute resting time. These guidelines assure consumers that pork products will be safe to eat, and following this recommendation results in much juicier meat than when pork is cooked to a higher degree of doneness. As with all cooking recommendations, consumers should use a thermometer to measure product temperature rather than relying on product color as a sign for safety, especially since the pork may still have a slightly pink-colored center.

Proper cooking is not the only factor affecting pork juiciness. Pork’s relationship with how juicy it will be when cooked begins much earlier in the process, which requires some deeper understanding of the role of water in meat. Most fresh meats contain about 70% water with more water in leaner cuts and less water in fatter cuts. Proteins play a major role in how well the water is held in meat, and the term, water-holding capacity, is used to describe how well a meat will hold its inherent, or when processed, its added water. The water molecule has slight positive charges associated with the hydrogens and slight negative charges associated with the oxygen. These charges are drawn to the positive or negative charges on proteins (remember that opposites attract) with higher water-holding capacities occurring when there are high numbers of positive charges, which attracts the oxygen, or high numbers of negative charges, which attracts the hydrogen. The major problem occurs when the numbers of positive and negative charges cancel out each other leaving no net charge on the proteins. This is when the isoelectric point of the proteins is reached and water-holding capacity is at its lowest.

For pork, the highest water-holding capacity occurs when the pH of the muscle is quite high (6.0 or higher), which is associated with the dark, firm and dry (DFD) condition. The “dry” of dark, firm, and dry is almost a misnomer because DFD pork is rather juicy. The water-holding capacity of DFD pork is so high, that there is little moisture at the surface of the cut giving it a “dry” appearance. Normal pork with its pH around 5.6 to 5.7 has the usual grayish pink color and an intermediate level of water-holding capacity. A problem occurs when the pH is low (around 5.2) or when the pH drops rapidly in the carcass early postmortem while muscle temperatures are still high resulting in the pale, soft and exudative (PSE) condition and the lowest water-holding capacity. This is the opposite of DFD, and “exudative” means that water may be pooling or even dripping from the cut. Cooked PSE products will be much drier than either normal or DFD meat. Although great strides have been made from the genetic standpoint to eliminate stress susceptible lines and reduce PSE, challenges with chilling today’s heavier/larger carcasses can still result in some level of PSE pork, especially in the hams.

Because color can be a proxy for water-holding capacity, selecting darker versus lighter colored pork is one way that companies have sorted products for customers, especially for the Japanese market, to ensure the pork will be juicier. Another sorting process uses pH as a more definitive way to select pork with high water-holding capacity. 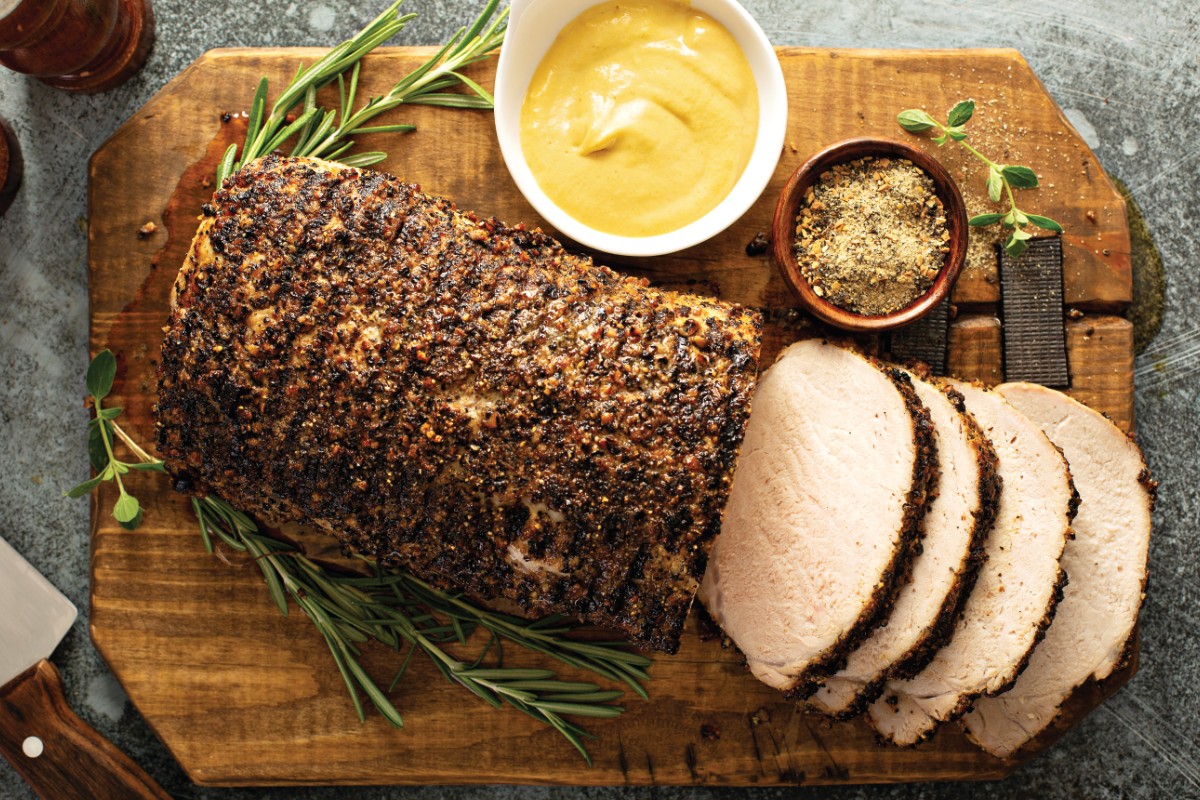 When is lean pork too lean?

Most pork quality research focuses on water-holding capacity, color, pH, etc., with less emphasis on the role of marbling in palatability. It is not that there is limited research on marbling and pork, rather it is that other factors seem to be of greater interest and importance.

Several recent pork palatability studies that included an assessment of marbling or intramuscular fat (IMF) revealed that differences in sensory characteristics do sometimes occur, but it often requires large differences from a low to a high amount of marbling for it to be meaningful. Why the discussion of marbling may be more timely today is not about having high levels for a certain market, but rather the consequences of having too little marbling to ensure that there is acceptable palatability for these very lean cuts.

While the majority of the pork produced today is from specific genetic lines managed for growth efficiency and leanness for traditional retail and foodservice markets, there appears to be a growing interest in marketing breeds known for their meat quality traits. Berkshire and Duroc are two such breeds where specialty products are being produced and sold with marketing claims related to how and where the animals are raised. Even more specialized are the heritage breeds such as the Mangalitsa, Red Wattle, Glouchestershire Old Spots and others where the stories about their origins add a certain mystique to the meat produced from them.

The topic of pork quality will ensure a lively debate at scientific and industry conferences about findings from the past, current thoughts and work to be completed in the future. While producing the best quality pork may seem like an unattainable goal, there always will be those who devote their careers to understanding more about this important topic and are committed to conduct the cutting-edge research necessary to provide a consistent and satisfactory eating experience for those who love to eat pork.