Many American consumers love lean meat. The drug ractopamine hydrochloride added to livestock feed is shown to efficiently grow lean muscle in beef, pork and turkey. Yet, the feed additive has been a point of contention for years.

Trade organizations for the meat industry contend the drug is proven scientifically to safely promote growth, while animal welfare groups argue the drug is harmful to both animals and humans. The arguments for and against the use of ractopamine boil down to who is paying to import US meat – primarily pork – abroad.

Major trading partners like China and the European Union (EU) continue to resist imports of pork treated with ractopamine due to the potential risks to human health.

Dermot Hayes, professor of economics and agribusiness at Iowa State University, said it was a matter of proving a point.

“We put so much energy into it over the years that we just wanted to finish it out and make Taiwan agree that they were protecting the producers and not following sound science,” he said.

Hayes insists that Taiwan is not the focus of the ractopamine debate; it’s their neighbor to the west.

China is one of the most important trading partners for US agriculture. The country imported 117 million lbs of US pork in August, up 21% from the same time last year. Not only does China import a lot of pork meat but it purchases parts that are harder to sell anywhere else, Hayes said.

“China has always been a huge market for variety meats (offal) and we don’t have other markets for those products,” he said.

China’s demand for imported pork has grown this past year as outbreaks of African swine fever have decimated its domestic production. Access to international markets; especially those in China, are greater than the incentive to use ractopamine to efficiently produce lean meat.

Large pork processors, such as Smithfield, JBS and Tyson, have stopped using ractopamine in pork production because it would mean losing business to other countries’ producers.

“JBS USA Pork completely eliminated the use of ractopamine from its supply chain, and therefore no longer has barriers to export its pork products to several countries, such as China and Europe, which considerably expands the export market for this business unit,” said Gilberto Tomazoni, chief executive officer of JBS Global, in May when discussing the company’s first-quarter financial results. “The reduction of Chinese export tariffs across the proteins in the beginning of March, as well as our ractopamine-free hog supply, were important drivers in increased exports to that country.”

In February, Hormel Foods Corp. announced it was also joining the ractopamine-free movement.

“We can confirm that we have informed our network of independent farms and suppliers that we will no longer be accepting any supply that have been fed or exposed to ractopamine as of April 1, 2020,” the company said in a statement. “We have been actively monitoring the changing global market dynamics for several years and believe this decision will further position us to meet growing international demand.”

The trade association that represents thousands of US-based hog farmers supports production methods that do not compromise safety.

“The National Pork Producers Council (NPPC) will continue to defend the right of US hog farmers to use production processes and products that are safe,” said Rachel Gantz, communications director for the NPPC.

In 2012 the Codex Alimentarius – an international food standards commission established by the World Health Organization and the Food and Agriculture Organization – set maximum residue levels (MRL) of ractopamine at 10 parts per billion (ppb) in pork and beef muscle meat.

The levels agreed upon were “significantly higher than what a lot of countries wanted, thanks to some intensive lobbying by the US,” said Daniel Waltz, staff attorney for the Animal Legal Defense Fund.

Meanwhile, the US Food and Drug Administration (FDA) set the MRL of ractopamine at 50 ppb for pork and 30 ppb for beef, significantly higher than the levels set by the Codex. 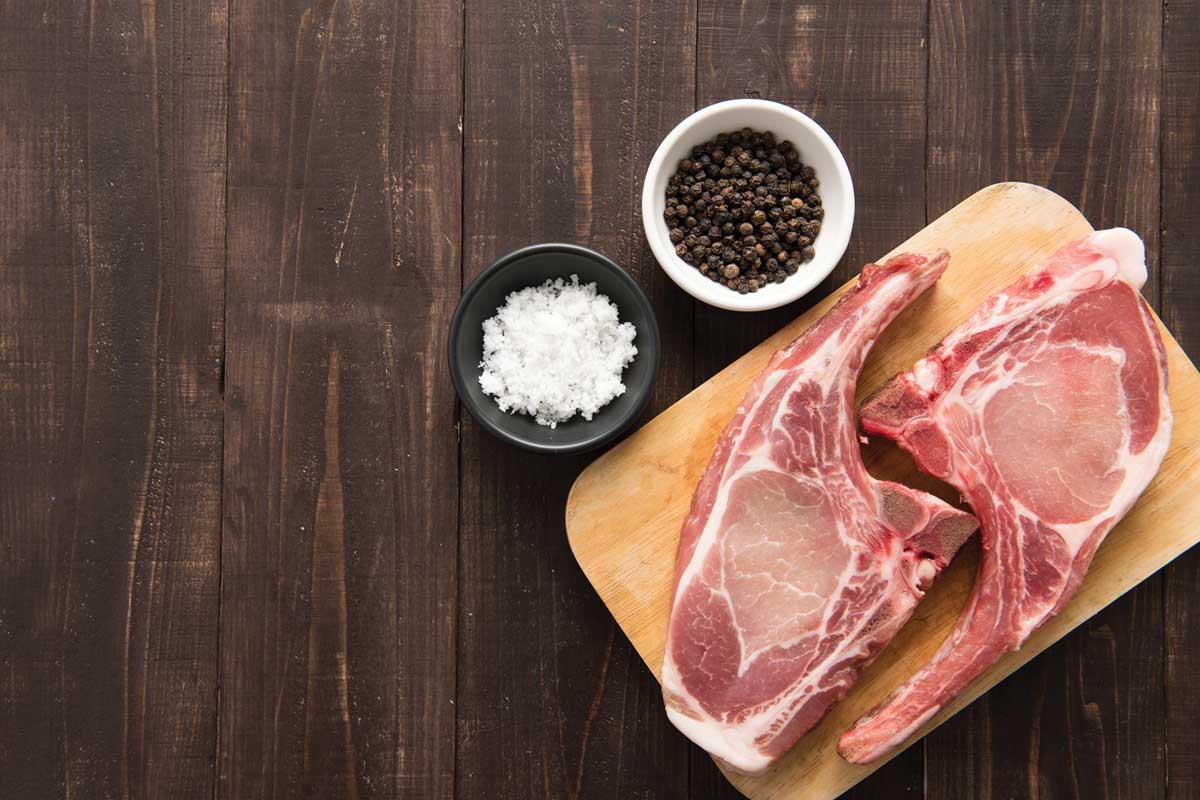 Animal welfare organizations argue that the FDA approved the higher MRL of ractopamine in livestock feed as a regulatory grab for the meat industry.

“The agency was acting in the interest of the (meat) industry, not in the interest of animal health,” said Steve Roach, food safety program director for the Food Animal Concerns Trust. “That’s a failure of the FDA, in terms of their mission to make sure that animal drugs are safe and effective. It clearly is effective, or people wouldn’t be using it in the face of these clear animal health risks. But it’s also very clearly unsafe for the animals.”

In response, the FDA said it “evaluates data submitted by the drug’s sponsor demonstrating that any food derived from animals treated with the drug is safe for people to eat, that the drug does not harm the treated animal, and that the drug was found not to have significant impact on the environment.”

Studies show that ractopamine can have adverse effects on animals as it increases heart rates and mimics stress hormones. Too much of the drug makes it harder for animals to deal with environmental stresses such as adverse weather, transport from farm to processing facilities, or even confinement in pens. Ractopamine has been linked to an increase in “downer” (fatigued and/or injured) animals and one study showed that animals fed ractopamine can become more aggressive which can put workers handling the animals at risk.

“It’s sort of the same psychological and physiological effects as giving the animals speed,” Waltz said.

What remains in question is the profitability for Elanco – a subsidiary of pharmaceutical company Eli Lilly and Co. – to produce ractopamine feed additives like Paylean (pork), Optiflexx and Heifermax (beef) and Topmax (turkey).

The company reported in its 2019 annual report that “revenue has been impacted by regulatory changes in China and other markets restricting the use of productivity products, such as those containing ractopamine, in food animals. If more producers decide to access such markets or additional markets restrict the use of ractopamine or other productivity products, our business, financial condition and results of operations could be materially adversely affected.”

In addressing trade implications of ractopamine, Elanco representatives said that “for too long, many countries and consumers have not had access to protein due to measures that keep tools, like ractopamine, out of the hands of farmers. We commend Taiwan for placing the health and well-being of its people first by letting science lead legislation.”

As animal welfare groups and meat industry stakeholders continue to argue over who is on the right side of science, international trade continues to dominate how much ractopamine is used in livestock production.

Jaydee Hanson, a biologist at the Center for Food Safety, said it comes down to the market dictating demand.

“Your customers are always right, even when the administration twists the arm of Taiwan to accept it,” he said. “The Chinese don’t want it and when you’ve got a product that 160 nations in the world don’t want to use, you know, it’s too bad if you’re trying to sell ractopamine.”