We use cookies to provide you with a better experience. By continuing to browse the site you are agreeing to our use of cookies in accordance with our Cookie Policy.
Home » Crushing meat myths

NASHVILLE, TENN. – Meat retailers and industry professionals gathered in Nashville March 2-4 to share ideas and insights about meat retailing and the changing industry. Eric Mittenthal, vice president of sustainability for the North American Meat Institute (NAMI), took the stage to dispel some common myths regarding animal agriculture and the meat industry.

Mittenthal leads NAMI’s sustainability initiatives, one of which addresses the misconceptions relating to the meat industry and the environment.

Three common environmental myths regarding the meat industry are: 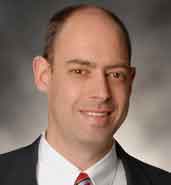 Mittenthal said that when it comes to statistics regarding greenhouse gas emissions and animal agriculture, the numbers have been misrepresented for years. In 2017, the Environmental Protection Agency (EPA) reported that only 9% of the total greenhouse gas emissions in the United States come from the agriculture industry as a whole, only 4% of which come from animal agriculture. The rest of the emissions come from transportation (29%), electricity (28%), industry (22%) and commercial and residential (12%).

To counter the argument that it would be better for the environment if all people stopped eating meat and all adopted vegan diets, Mittenthal explained the problems that would result.

“The system is complicated, you can’t just take one piece and drastically change it without impacting another piece,” he said. “Animal agriculture benefits greatly from plant agriculture and vice versa. It’s a symbiotic system.

“But, it’s not to say there’s no room for improvement.”