Meat and poultry processors aren’t waiting for the US Dept. of Agriculture and the Food and Drug Administration to ask them to test or recall food products that may create food-safety hazards for consumers. Instead, processors and producers are carrying out testing or even pulling products from the market themselves, in order to prevent food safety problems for consumers. While explanations for recall rates vary among food industry stakeholders, most would not argue that the number and scope of recalls have steadily increased in recent years.

There are a number of reasons why recalls have been going up over a period of years, says Mike Clark, a microbiologist who is the global marketing manager for molecular food diagnostics at Bio-Rad Laboratories. Bio-Rad is a diagnostic company based in Hercules, California, that develops technology for food-safety testing. According to Clark, one of the primary reasons for the rise in recalls is product and environmental testing that can find possible issues with food safety before food products are being sold to the public, or once they’re on the market.

“Recalls have increased over the last five years, however, there seems to be fewer over the last couple of years compared to 2016,” Clark says. Part of the reason is simple: more food is being produced than years ago, he points out. With more food being made, the risks associated with foodborne illness increase with more opportunities for contamination.

“So, companies in the industry are being responsive to that, which is a very good thing,” Clark points out. “They’re doing that by being more proactive. In some cases, they’re taking more precautionary steps by doing more food product testing or testing the processing environment in plants. They want to make sure that products with food safety problems don’t get into the market. Companies are voluntarily recalling products when a threat to public health is identified through increased testing. In the case of poultry or meat, that’s before the USDA – Food Safety and Inspection Service asks the company to start a recall. That would be more of a reactive recall,” Clark says. 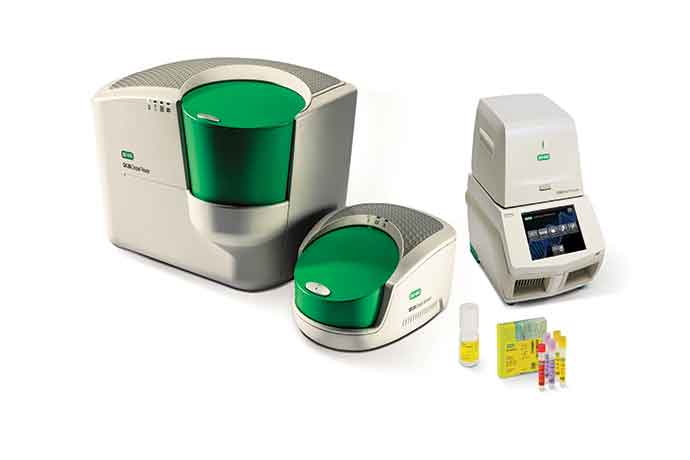 PCR is a technology for testing food for the presence or absence of pathogens such as E. coli, Salmonella, Listeria and others. It is based on the pathogen’s DNA, and its great strength in food testing is the rapid detection of pathogens in meat and poultry products.

Chromogenic media testing consists of agar plates, using an enzymatic reaction to pathogens and bacteria to turn certain colors. “Say you’re looking for Salmonella or non-Salmonella bacteria. Different colors would show the differentiation,” Clark explains. This is a rapid technology as well, certainly faster than classical methods of testing technology. 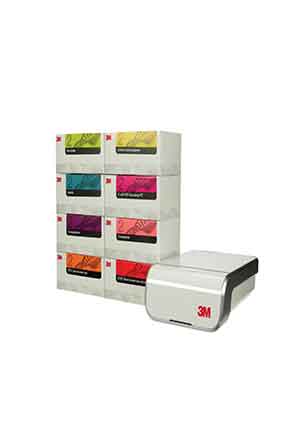 “Our 3M Molecular Detection System solution for pathogen testing receives a high level of attention due to its unique chemistry, simplicity, ease of use and the fact it’s been added to USDA’s Microbiology Laboratory Guidebook,” he says.

Rajagopal says while many pathogens can cause foodborne illnesses, depending on the food products, in the meat and poultry industry, most dangers are provoked by E. coli (O157 and non-O157 STEC), Salmonella, Listeria monocytogenes and Campylobacter.

Several factors lend themselves to more recalls, Rajagopal explains. They include better testing technology, finding food safety problems quicker, more pathogens in poultry and meat with processors initiating recalls to get problem products off the market rather than waiting for USDA or FDA to request recalls.

“We are seeing an increasing number of food processors and laboratories requiring and implementing molecular detection methods for pathogen detection,” Rajagopal says. “In comparison to traditional culture methods or immunoassay-based methods, molecular methods offer higher detection sensitivity and specificity. They can reduce the testing process, not just by hours, but by days.

“In the event some contamination is uncovered, processors can thoroughly analyze their ingredients, finished products, food contact surfaces and other potential sources to identify root causes and prevent recurrences,” Rajagopal points out.

Intralytix Inc., a biotechnology company based in Columbia, Maryland, near Washington, D.C., focuses on the discovery, production and marketing of bacteriophage-based products to control bacterial pathogens in food processing, the environment and other settings.

“Bacteriophage means bacteria-eater and is a natural way to control pathogens in meat and poultry products,” says Greg Strang, director of the company’s food safety division.

The company developed two new natural products: EcoShield PX, recently approved by the FDA, is effective against E. coli O157:H7, and six STEC strains. “It is 100 percent natural and does not contain preservatives or any known potentially allergenic substances,” Strang explains. “The product is highly effective in reducing contamination of beef carcasses, primal and sub-primal cuts, parts, trim and ground red meat, one of the most difficult-to-treat products in the meat industry,” he says. EcoShield PX is also approved for use in the kosher and halal meat industries. 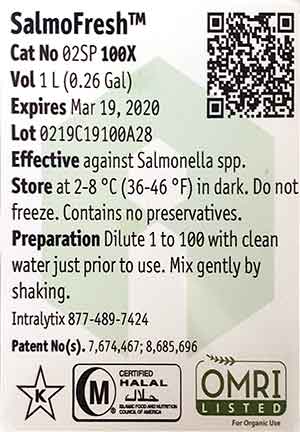 SalmoFresh was developed to reduce or eliminate the risk of foodborne salmonellosis. The active ingredients are naturally occurring bacteriophages that kill Salmonella, including strains belonging to the most common and highly pathogenic serotypes. Red meat and poultry can be treated before grinding for significant reductions in Salmonella contamination.

“The great thing about SalmoFresh is its use for direct applications onto poultry, and as a safe and suitable antimicrobial for use in the production of poultry products as a processing aid,” Strang says. “Now it’s approved for beef. Since it’s all natural, it’s approved by the kosher and halal certifying agencies. It’s also a suitable ingredient in the production of organic foods,” Strang points out.

“Phages are species-specific. They go after the bacteria they were born to kill but can’t affect other bacteria. That’s why we put multiple phages in our products.”

ListShield targets Listeria monocytogenes contamination in foods and in processing facilities. In the next four to six months, another new product, CampyShield, will go after Campylobacter.

“Processors were finding they were having recurrences of Salmonella, so they expanded chemical use. But the more they applied, the less effective it became,” Strang said. “With the new USDA guidelines on percent positives, processors who make ground turkey and chicken were running into issues. There’s been a great demand for our phages, which are very effective. And after 24 hours, the phages slough off. So that’s why our products are considered processing aids, 100 percent organic,” he explains.

“At Intralytix, we’ve developed an emerging technology. We’ve had good success with small and medium-size companies. Now, the big processors are accepting us.”