When Ben Forbes started his butchering career some 30 years ago at a mom-and-pop store in Southern California, he never imagined he would have a foodie-following in his current home of Tucson, Arizona, where he owns and operates Forbes Meat Company. While he prides himself on sourcing some of the finest cuts of meat as well as offering whole animal butchery for hunters and ranchers, it’s his artisanal sausages — often made with indigenous fruits, vegetables and herbs — that keeps Tucsonans coming back for more.

He sells them at farmers markets and direct to consumers who are willing to venture out to his secret kitchen. A number of restaurants and local breweries will offer his sausages as featured menu items. And while he has a standard offering, it’s his limited-edition products that have sausage aficionados from around the country placing online orders.

Using sustainable and humanely raised proteins, hand-crafted customized spice blends that he toasts himself and various locally grown ingredients, Forbes’ sausages have won many awards. One of his more interesting creations combines prickly pear and chiltipen peppers with ground rabbit.

“The prickly pears are harvested in Tucson. We dice the fruit into juicy bits and add it to the meat,” he said. “The sweet lends itself well to the spicy chiltipen peppers, which are also locally sourced.” 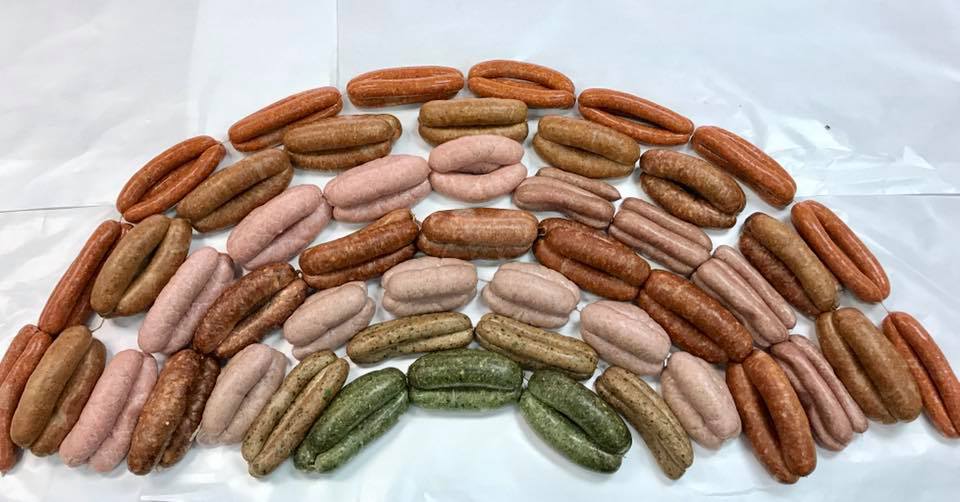 The sausage mixture includes some clove, nutmeg, white pepper, paprika and a few other “secret” spices.

“We add some pork fat to the very lean rabbit because, well, pork fat makes everything better,” Forbes said. “We also make this sausage with just pork.”

“Chorizo verde has taken the US by storm in the past five years,” he said, claiming that he was one of the first American butchers to offer an authentic product using traditional ingredients.

“This sausage starts with roasted tomatillos, poblanos, serranos and green chilies,” Forbes said. “I add some cilantro and a few other spices to kick up the heat. This includes locally sourced chiltipen peppers.

“The chorizo verde links are great grilled or smoked. They make a great chorizo and egg burrito. Add some potatoes to the burrito and some queso fresco and you’re in heaven.”

While he loves getting creative with sausage making, he really appreciates a range of diverse beef steaks, including hanger, sirloin picanha, flat irons and chuck sierra. And for Forbes, what goes on the steak is almost as important as the meat. One of his favorite toppings to make is a chiltipen chimichurri with aji amarillo chili powder.

As a whole animal butcher, experimenting is part of the job. This includes everything from foie gras to offal. His small-batch pates, terrines and salamis are often served locally on charcuterie plates. Nothing is off limits. After all, as he said, “I am a butcher.”