We use cookies to provide you with a better experience. By continuing to browse the site you are agreeing to our use of cookies in accordance with our Cookie Policy.
Home » Barry Carpenter named senior advisor for FSNS

SAN ANTONIO – Food Safety Net Services (FSNS) announced on May 2 that Barry Carpenter will join the company as a senior advisor for regulatory affairs and client relations. 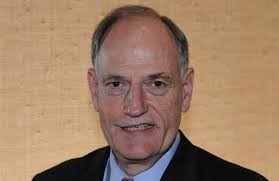 Before that, Carpenter worked for 37 years leading the Agricultural Marketing Service’s Livestock and Seed Division of the US Dept. of Agriculture. During his time in government, Carpenter represented the United States on the United Nations Committee on Agriculture from 1990 to 2006 and chaired the meetings of the Specialized Section on the Standardization of Meat from 1994 to 2006.

Carpenter received numerous governmental awards, including Presidential Rank Awards from both President Bill Clinton and President George W. Bush. He has also received several industry awards for his work with the livestock and meat industry.