We use cookies to provide you with a better experience. By continuing to browse the site you are agreeing to our use of cookies in accordance with our Cookie Policy.
Home » Navigating hemp legislation

The Agriculture Improvement Act of 2018, also known as the farm bill, removed hemp from the Controlled Substances Act on Dec. 20, 2018. At about the same time the US Drug Enforcement Administration (DEA) lost its authority over hemp cultivation and hemp products, including hemp-derived cannabidiol (CBD) products. The National Restaurant Association, Washington, D.C., issued its 2019 What’s Hot Culinary Forecast ranking cannabis/CBD-infused drinks as the No. 1 trend for 2019, followed by cannabis/CBD-infused foods. What does this mean for meat and poultry innovation? Is there opportunity to add hemp ingredients to comminuted products such as burgers, meatballs and sausages?

The law defines hemp as cannabis (Cannabis sativa L.) and derivatives of cannabis that are less than 0.3 percent on a dry weight basis of the psychoactive compound delta-9-tetrahydrocannabinol (THC). This definition includes commercial consumer products such as tinctures or extracts of any part of the hemp plant, including the leaf or flowering top, and CBD derived from hemp cultivars. Marijuana cultivars of Cannabis sativa are all those that cannot be categorized as hemp.

The new law has immediate and significant effects on the legal status of US hemp cultivation operations and of products that include any part or derivative of the hemp plant, including CBD derived from hemp, and greatly affect the regulatory oversight of hemp and CBD products by US federal agencies, according to the American Herbal Products Association (AHPA), Silver Spring, Maryland. Hemp ingredients may be eligible for use in food, as well as dietary supplements, cosmetic and personal care products sold in interstate commerce. As with all herbal ingredients, use is subject to compliance with all relevant regulations.

The US Food and Drug Administration’s (FDA) current position is that CBD may not be added to foods shipped via interstate commerce; however, the agency will set up a public meeting in the “near future” for stakeholders in the hemp industry, according to FDA Commissioner Scott Gottlieb, M.D., in a Dec. 20, 2018, issued statement.

“It’s unlawful under the Federal Food, Drug and Cosmetic Act (FD&C Act) to introduce foods containing added CBD or THC into interstate commerce, or to market CBD or THC products as, or in, dietary supplements, regardless of whether the substances are hemp-derived,” Gottlieb said. “This is because both CBD and THC are active ingredients in FDA-approved drugs and were the subject of substantial clinical investigations before they were marketed as foods or dietary supplements. Under the FD&C Act, it’s illegal to introduce drug ingredients like these into the food supply or to market them as dietary supplements.” 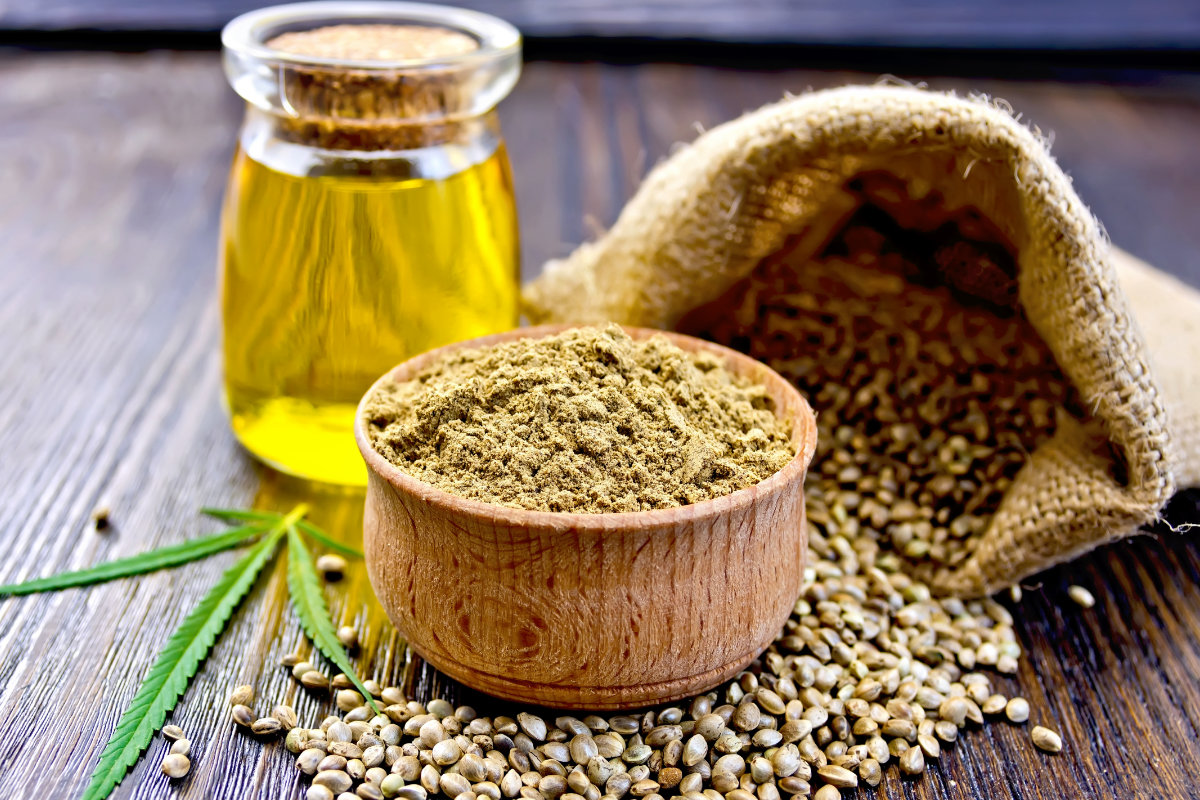 The agency on Dec. 20 also said it had “no questions” about the Generally Recognized As Safe (GRAS) status of hemp seeds (also called hemp hearts), oil and protein powder in response to a petition from Winnipeg, Manitoba-based Fresh Hemp Foods. The company has a branded consumer products division called Manitoba Harvest and an ingredients division called Hemp Oil Canada, Ste. Agathe, Manitoba.

“These products can be legally marketed in human foods for these uses without food additive approval, provided they comply with all other requirements and do not make disease treatment claims,” according to Gottlieb. He also noted that the legislation preserves FDA’s current authority to regulate products containing cannabis or cannabis-derived compounds and indicated that such ingredients —including hemp and hemp derivatives such as CBD — will be treated as the agency treats any other FDA-regulated products. Importantly, he also noted that FDA “has authority to issue a regulation” that would allow these naturally occurring hemp compounds in a food or dietary supplement and that the agency is now evaluating whether to pursue such a process, according to AHPA.

A US Dept. of Agriculture June 30, 2017, statement indicated that hemp-seed oil and seeds from hemp may be considered for use in meat, poultry and egg products in lieu of other edible seeds and oils for the purpose of flavoring, provided that their use is approved by the US Food Safety and Inspection Service (FSIS). Yet the seeds from hemp may not be used as a protein source to be added for the purpose of increasing the protein content in meat and poultry products. This is considered a form of fortification, and fortification of meat and poultry products is prohibited.

Hulled hemp seeds are a source of protein along with heart-healthy omega-3 and omega-6 fatty acids. Hemp oil contains the same fatty acids, as well as the antioxidant vitamin E. While both can be used in meat and poultry, at this time, use would mostly be for marketing differentiation. Hemp seeds, for example, may be used in a breading or crust.

As reported in the January 2019 MEAT+POULTRY R&D Insider, food science students at the Univ. of Illinois Urbana-Champaign developed Buffalo Chicken Keto Kups, a low-carbohydrate, high-fat, hand-held mini meal designed to appeal to the keto dieter. The filling is based on a blend of cheeses and shredded dark meat chicken (higher in fat than white meat) in a crispy, low-carbohydrate crust featuring hemp hearts.