We use cookies to provide you with a better experience. By continuing to browse the site you are agreeing to our use of cookies in accordance with our Cookie Policy.
Home » Luvo backed by former baseball stars

SEATTLE — Backed by a roster of former baseball stars, Luvo Inc. is launching the next generation of frozen foods with a focus on performance nutrition. Dugout Ventures, an investment group formed by big leaguers David Ortiz, Torii Hunter, Nolan Ryan, Vernon Wells and Barry Larkin, has purchased a majority stake in the business. Its CEO and founder, Mark Walker, will join Luvo’s board of directors.

Since 2014, frequent fliers may have tasted a Luvo wrap or snack on a Delta Air Lines flight. The brand’s frozen entrees and bowls are sold in grocery stores nationwide and online. The recent funding will help the company expand distribution of products such as roasted cauliflower mac and cheese into more freezer cases, said CEO Christine Day.

The brand also is pivoting into performance and sports nutrition, developing recipes to fuel active lifestyles — what the company calls “frozen food 4.0.”

“We consider the original legacy brands — the Hungry-Mans of the world — frozen food 1.0,” Day told MEAT+POUTLRY sister publication Food Business News. “And then the push into natural and organic is 2.0. Luvo really helped lead the charge into nutrition as 3.0, and where we’re going in 4.0 is bringing together the whole concept of food for performance with solid nutrition for active lifestyles.”

“They’re also looking for healthy fats, reduced sugar, reduced sodium, whole grains…” she added. “The other thing we learned is that 44 percent of consumers have tried different dietary approaches — they might eat low-carb or paleo or keto — but the things that remain constant for them is protein, plant-forward and fiber.”

A key point of differentiation in a crowded category is Luvo’s focus on whole-food nutrition rather than “one-dimensional claims,” Day said.

“What we find is a lot of the big companies rely on one-dimensional label claims like protein,” she said. “Any time we do a vegan bowl, it’s only with whole proteins. We don’t use seitan, soy or tofu. We don’t use processed proteins; we only use whole plant protein.

“I think that’s the difference between how we create meals and a lot of our competition, even if they claim they are in the plant-based space. If you have a product that’s soy-based or tofu-based, it’s not necessarily what nutritionists would recommend that you eat.” 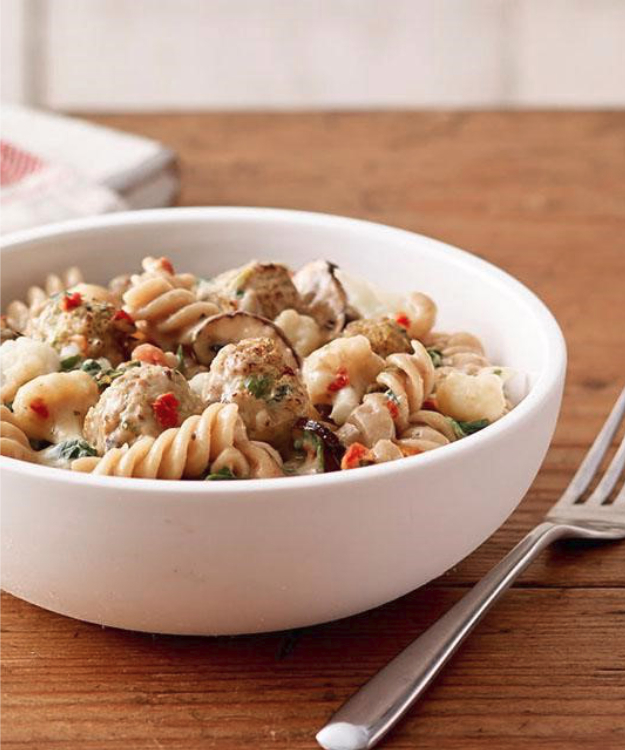 Next year, Luvo will debut four frozen burritos, including vegan and vegetarian varieties, and two vegan bowls. In 2020, the company plans to expand its product line outside of the frozen food category.

Dugout Ventures was formed in 2017 to invest in consumer brands that promote active and healthy lifestyles. Ortiz, a founding member and three-time World Series champion, learned about Luvo through his partnership with Delta Air Lines. Financial terms of the deal were not disclosed.

“As a former professional athlete, I know how important it is to be able to get high-quality, nutritious foods that help you perform, both on the field or on the move,” Ortiz said. “Being able to find these solutions in the frozen aisle as well through Luvo makes eating healthier more simple and convenient.”