Concerns for foodborne illnesses have led food safety professionals to strengthen precautionary measures in recent months, particularly in identifying and preventing Salmonella. In August, the US Department of Agriculture’s Food Safety and Inspection Service (FSIS) declared Salmonella an adulterant in breaded and stuffed chicken products, and a couple months later the agency proposed a new regulatory framework for combatting the recently declared adulterant.

The proposed framework would require that incoming flocks be tested for Salmonella before entering an establishment; it would enhance the establishment process control monitoring and FSIS verification; and it would enforce a final product standard.

Industry associations such as the National Chicken Council (NCC) have been quick to address the framework. Ashley Peterson, PhD, NCC’s senior vice president of scientific and regulatory affairs, shared her suggestions, noting that the preharvest testing was the biggest concern, potentially affecting the welfare of the birds and the supply chain during a sensitive economic period.

As for the second component concerning the enhancement of establishment process control monitoring and FSIS verification, Peterson said that the industry should be expected to control potential pathogens, but there is no one-size-fits-all approach.

“Overall, this approach will stymie innovation and technology which seems counter to a collaborative food safety approach,” she said.

Peterson recommended FSIS use verification sampling results, to include enumeration results, in a risk assessment model to help understand what impacts, if any, changes in indicator organisms and/or Salmonella load at various processing locations will have on public health.

Regarding the framework’s third and final component, Peterson urged FSIS to build on the successful path established through performance standards, with the industry and agency collaborating to meet voluntary standards. Peterson also expressed NCC’s appreciation for FSIS’s interest in data sharing.

“We believe it is critical that we all start with robust data, and from there collaborate on the best way to approach Salmonella control,” she said. “We look forward to a continued meaningful dialogue with FSIS on the proposed Salmonella framework and are hopeful we can come up with a science-based, data-driven approach that will not only improve public health but also ensure that consumers of America’s favorite protein still have an affordable product available to feed their families.”

The Atlanta-based Centers for Disease Control and Prevention (CDC) estimates that 48 million people contract foodborne illnesses every year. Industry members are rallying together to mitigate the spread of disease by tackling the problem along all meat production points. 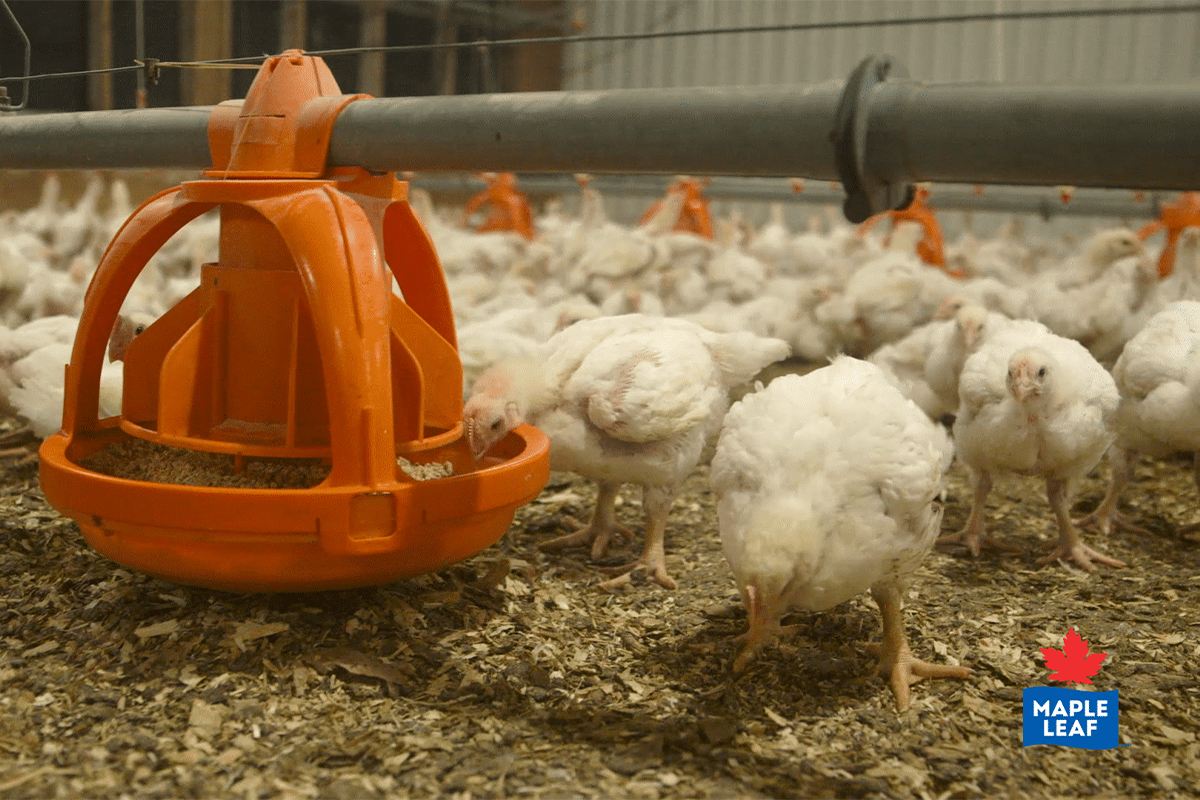 The North American Meat Institute (NAMI) has been focused recently on the importance of communication for food safety professionals and meat producers. NAMI hosted a webinar in October to address current preventive food safety efforts and best practices.

Guest speaker Jennifer Wishnie, PhD, associate professor for the College of Veterinary Medicine at the University of Arizona, teaches the veterinary sciences knowing full well the responsibility for public health will soon be in her students’ hands.

“What I really emphasize to my students is that being admitted to the college of the profession of veterinary medicine plays an important role in public health because it’s part of the veterinarian’s oath,” Wishnie said. “We have an oath for the promotion of public health and the advancement of medical knowledge and, within that, the protection of food safety.”

Wishnie noted the importance of veterinarians throughout the supply chain — from those working on the farm to those working at slaughterhouses to those educating their clients and communities on good food safety practices.

“From an overall perspective, the veterinarian plays a very essential role in working closely with the producer and with the employees on creating a herd health program,” she said. “That spans the spectrum of biosecurity, occupational health and safety, management of medicines, administration of medicines or veterinary drugs, minimizing contamination through people coming in and off the farm, etc.”

A second speaker at the event, Steve Larsen, PhD, senior manager of technical services in the Integrated Food Business at Arm & Hammer, shared the findings from a recent study testing the prevalence of Salmonella in swine herds, dependent on seasonality.

In the Arm & Hammer study, the sampled swine indicated low prevalence of Salmonella overall. However, when a sample tested positive, the flow from which it came was consistently positive as well.

“It seems like it’s more flow-dependent than it is across flows,” he noted.

Moving forward, Larsen suggested not only evaluating the prevalence of Salmonella in meat but to look at levels for further indication of risk when entering the food supply.

Larsen encouraged producers to involve a fresh set of eyes in their food safety plans. A new perspective could facilitate previously unasked questions or new solutions. Collaboration is essential to preventing the persistent attack of foodborne illnesses. 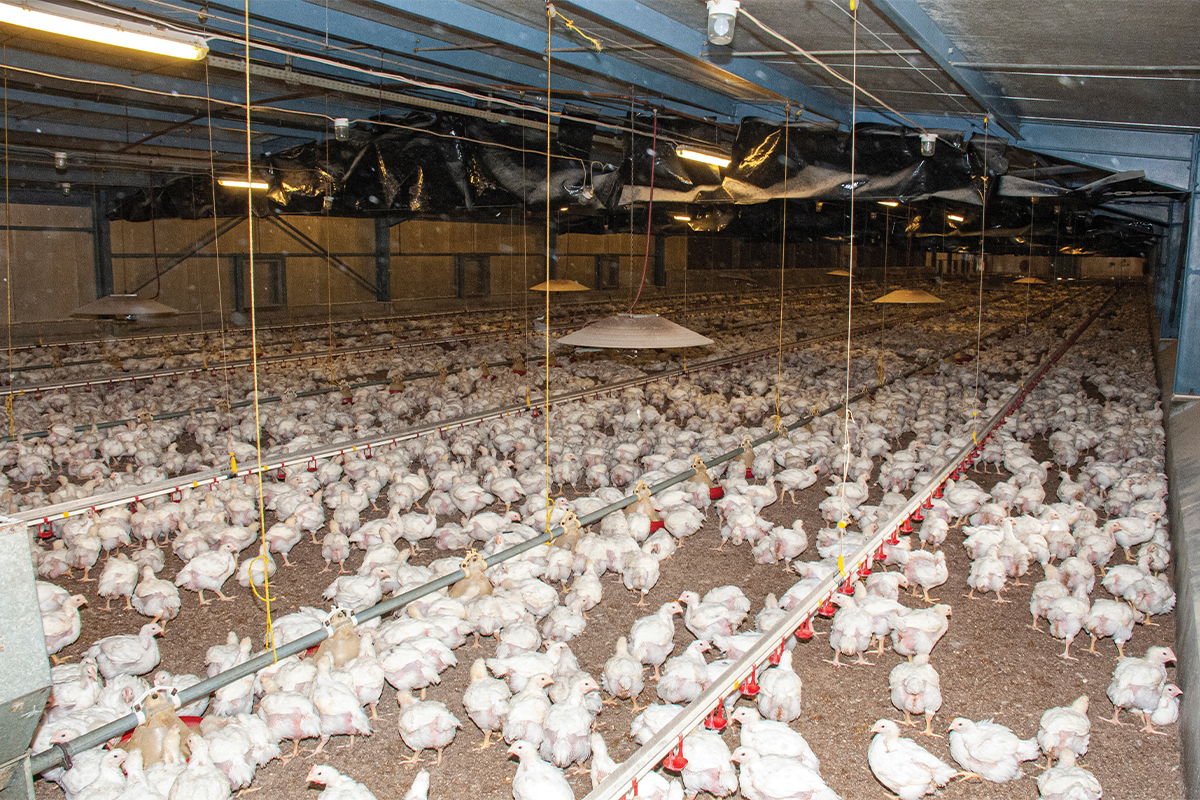 The same idea carried over into the 12th annual Food Safety Symposium, virtually co-hosted by NAMI and Maple Leaf Foods Inc. on Oct. 24.

Running with this year’s conference theme “How Measurement, Management and Transparency Builds Long Term Trust Among Stakeholders,” keynote speaker Stephen M.R. Covey, author and co-founder of CoveyLink and FranklinCovey Global Trust Practice, referred to trust as “the currency of our time.” Covey noted a correlation between trust and high performance. Introducing attendees to the concept of “The Trust Tax,” Covey explained how a decline in trust equals a decline in speed and engagement and ends up increasing costs.

“Today’s leaders are expected to lead change with agility and to develop high-performing teams,” Covey said. “It is trust that turns a group into a team. Trust is the ultimate collaboration tool and the linchpin of a collaborative partnership.”

The symposium included a panel of leading food safety experts who shared insights about what can be learned from a non-competitive approach to food safety with the creation of Listeria control best practices and how those efforts can create value and trust for stakeholders.

“The non-competitive nature of the event — processors teaching processors … it creates a tremendous learning environment,” said panelist Jeremiah Johnson, corporate manager of regulatory compliance, food safety and sanitation at Hormel Foods Corp. “It’s about impacting public health and us saying we can come together to minimize the impact of Salmonella in products. And we’re starting to do these things right now with NAMI’s support.”

John Weisberger of Weisberger Consulting jumpstarted the discussion with a history lesson. In 2001, the American Meat Institute (now known as the North American Meat Institute or NAMI) declared food safety a non-competitive issue by member companies, which resulted in the formation of the Listeria Task Force, a group committed to exchanging information to enhance the industry’s food safety system. The group created the “Advanced Listeria Workshop,” which NAMI still offers twice per year.

“Some great things have come out of this collaborative workshop over the years like the Sanitary Design Checklist and Principles of Sanitary Design that are widely used across the industry,” Johnson said after the event concluded. “As an industry, we continue to come together and learn from each other and make each other better. It started with this Listeria workshop and still continues throughout all areas of food safety.”

In an effort to address food safety head on, Hormel Foods holds an annual Food Safety Awareness week, with this year’s event occurring Nov. 7-11. During this time, Hormel dedicated the week to educating and celebrating its food safety team members.

“Food Safety is a top priority at Hormel Foods, in fact, Safety First is one of our key cultural beliefs,” Johnson said. “It’s our goal to ensure our entire organization is aligned, speaking the same language and immersed in a culture of accountability.”

“We all have the same goal and that’s public health — to make sure we’re putting out safe, quality, wholesome food to the public,” said panelist Sharon Beals, chief food safety officer at CTI Foods. “I see a lot more collaboration and openness in the industry … together we’re smarter and that’s how we improve.”

A second panel discussion at the Maple Leaf event focused on the importance of food safety audits for transparency and continuous improvement. The panelists agreed that how a company responds to a finding during an audit is more important than the audit itself.

The audit results could bolster food safety if the findings are viewed with continuous improvement in mind, noted the panelists.

In the closing panel, Randy Huffman, PhD, chief food safety and sustainability officer at Maple Leaf Foods; Julie Anna Potts, president and chief executive officer of NAMI; Jim Snee, CEO of Hormel Foods and Michael McCain, executive chair of the board and CEO of Maple Leaf Foods, discussed the Protein PACT, its ambitious visions and targets for 2030 and the increasing demand among consumers for transparency.

Potts addressed the Protein PACT’s specific goals for 2030, which cover animal welfare, labor and human rights, food safety, health and wellness, and the environment. She shared that 82% of reporting establishments have plans to reduce packaging waste, and 72% of companies have a comprehensive animal welfare program.

“We often hear, ‘Big food is bad.’ We want to be good big food,” McCain said. “Transparency is a central and defining attribute of who we are. It’s one of the secret sauces to trust-building.”

McCain named accountability and action orientation as the other two major values alongside transparent communication at Maple Leaf Foods.