Getting strict with Salmonella

A new declaration by the US Department of Agriculture’s Food Safety and Inspection Service (FSIS) recently stated that Salmonella would be designated as an adulterant in breaded and stuffed raw chicken products. But even before that declaration, the agency had signaled in October 2021 that it wanted to start a new effort to reduce Salmonella illnesses linked with poultry items.

Breaded and stuffed raw chicken products will be declared as adulterated when the products exceed a very low level of Salmonella contamination and would be subject to regulatory action by the agency.

Around the time of the proposed change in the FSIS policy Sandra Eskin, USDA deputy undersecretary for food safety, described some of the reasoning for focusing specifically on this category of poultry products.

FSIS and food safety experts continue to remind consumers of the need to properly cook these products.

However, Eskin pointed out that even though the agency declared the pathogen an adulterant on this specific class of products, it does not have a mandatory recall authority.

In the past when looking for Salmonella, specific serotypes could have an effect on the end product. However, for these specific products, Eskin said FSIS would not focus on any particular serotypes.

“We are going to be inviting comments on whether we should target specific serotypes with these products, whether there’s a different level we should set or whether it should be zero tolerance, which is what it is for E. coli,” she said.

Eskin said the notice to publish in the Federal Register will come out by October or possibly earlier. The agency will also release a proposed framework for its comprehensive strategy to reduce Salmonella illnesses in poultry.

There will then be a public meeting to discuss the decisions made in November. Interested parties can submit written comments ahead of time. After that, FSIS will start drafting rules and other policies during early 2023. 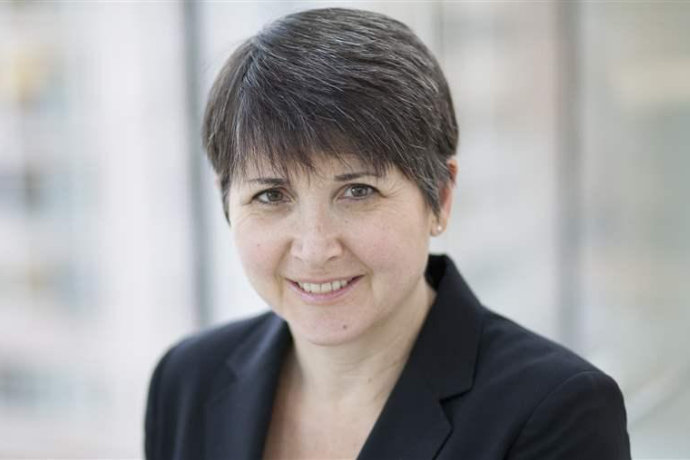 FSIS proposed to set the limit at one colony forming unit (CFU) of Salmonella per gram for breaded and stuffed raw chicken products, a level the agency believes will reduce the risk of illness. Eskin said USDA looked at relevant literature and a risk assessment to determine that unit number and arrive at that proposed level.

“We want to make sure that they get the information,” she said of small processors. “These are smaller entities making these raw stuffed chicken products, we want to help them get to a place where they can make these products more safe.”

Currently, the FSIS does not plan to make decisions on any other proteins, currently focusing only on poultry. However, Eskin said that recent data suggests that pork has an insignificant amount of Salmonella contamination. Still, there are several steps the FSIS will need to take before declaring adulterants on any other meats as they did for stuffed chicken products.

The National Chicken Council (NCC) provided a detailed response to the FSIS decision after the initial announcement in August.

“Going back to the passage of the Poultry Products Inspection Act in 1957, the mere presence of Salmonella has not rendered raw poultry adulterated,” said Ashley Peterson, PhD, NCC’s senior vice president of scientific and regulatory affairs. “We believe FSIS already has the regulatory and public health tools to work with the industry to ensure the continued safety of these products. We’ve been asking the agency for years to collaborate on these efforts, including two petitions for stricter regulations, requests that have gone largely ignored.”

NCC said it is concerned about the “abrupt shift” in policy and how plants, jobs and products may be affected. The organization does not believe the decision to change policy was based on data since the product category has not seen an outbreak since 2015.

“The only way to ensure our food is safe 100% of the time is by following science-based procedures when raising and processing chicken and by handling and cooking it properly at home,” Peterson said. “NCC remains confident these products can be prepared and consumed safely, and the industry remains committed to continuing their efforts to further enhance the safety of these products.”

The North American Meat Institute (NAMI) said it was encouraged that the FSIS’ process of considering the new legislation will allow lawmakers to make a more informed decision.

“Consumer health and safety are the driving forces for the industry in the production of meat and poultry products,” said Julie Anna Potts, NAMI president and chief executive officer. “Efforts to combat Salmonella remain a high priority for the meat and poultry industry, which invests millions in research and technologies to better understand and control Salmonella. Salmonella is a complex microorganism and more must be done to educate the public and to invest in research and innovations, such as irradiation, to fight it at all points in the food supply chain. We are encouraged to see FSIS is providing notice and a comment period to allow the industry to participate in the rulemaking process.”