The food industry has faced many challenges during the pandemic. For traditional meat processors, labor shortages and processing disruptions made keeping up with consumer demand challenging. This has, in part, fueled demand for alternative meat products.

In 2021, momentum in the alternative protein sector was fueled by key investments in infrastructure and research from both private and public sources. Additionally, the alternative meat industry has shown sustainable growth in key partnerships between large foodservice providers and plant-based meat companies as well as the continual growth of the cell-cultured meat sector.

During the first week of November, Upside Foods – formerly Memphis Meats – announced the completion of its Engineering, Production and Innovation Center (EPIC) in Emeryville, Calif. The 53,000-square-foot space is one of the first cultured meat production facilities in the world and will employ about 50 people.

“We’ve selected chicken as our first consumer product because it’s the most consumed meat in the United States and is quickly becoming the meat of choice for consumers around the world,” said Brooke Whitney, communications associate for Upside Foods.

The EPIC will serve as the company’s hub with a production capacity of over 50,000 lbs of finished product per year and a future capacity of over 400,000 lbs per year when fully operational. Initially, the production will be used for internal purposes, like research and development or sensory testing, until Upside is able to start selling to consumers, Whitney said.

One of the main obstacles impeding the cultured meat industry from putting consumer products in stores continues to be federal regulation of labeling and oversight of cell-cultured foods.

The Food and Drug Administration (FDA) and the US Department of Agriculture (USDA) have agreed to regulate the industry jointly. The FDA will oversee cell collection, growth and differentiation of cells for food. Whereas, the USDA’s Food Safety and Inspection Service (FSIS) will oversee the cell harvest, processing, packaging, and labeling of products.

On Sept. 2, FSIS asked for comments and information regarding the labeling of meat and poultry products made using cultured cells derived from animals. FSIS will then use those comments from industry stakeholders to regulate the labeling of cultured food products.

On the innovation side, the USDA has taken a big step forward in advancing cultured meat technology. The federal administration awarded Tufts University $10 million to establish the National Institute for Cellular Agriculture. The five-year grant will include researchers from Tufts, Virginia Tech, Virginia State, University of California at Davis, Massachusetts Institute of Technology and University of Massachusetts at Boston who will pool their research in cellular agriculture and publish their findings.

The “center of excellence” that the USDA funded will be a “one stop shop” for peer-reviewed research in the key areas of innovation in cell-cultured meat, including isolating the proper cells (or cultivars) for production, scaffolding and, most importantly, bringing costs down, said David Kaplan, the head of the project and the Stern Family Professor in Engineering at Tufts.

Kaplan hopes to bring everyone into the tent from consumer experts to lifecycle analysts to food economists.

The USDA made the grant available through the National Institute of Food and Agriculture’s (NIFA) Sustainable Agricultural Systems program which addresses problems with our food system and infrastructure.

A spotlight has been thrown on the issue of food insecurity recently as the country learned to live with the outbreak of COVID-19.

“The pandemic really demonstrated a lot of the fragilities we have in the food system and our supply chains,” said Zak Weston, Foodservice & Supply Chain manager at the Good Food Institute.

Alternative proteins offer a new way to produce animal meat without as many resource inputs as traditional livestock farming. Plant-based and cell-cultured meats offer a lot of advantages to countries with less arable land and few neighboring trade partners, like Israel, or island nations, like Singapore. Both countries have invested heavily both privately and publicly in alternative proteins.

Alternative proteins represent a new way of producing meat and dairy products that can make the infrastructure of food stronger, Weston said. “Food system resilience has been a lot more salient for policymakers and something that will have a lot of benefits for all of the alternative protein sector.” 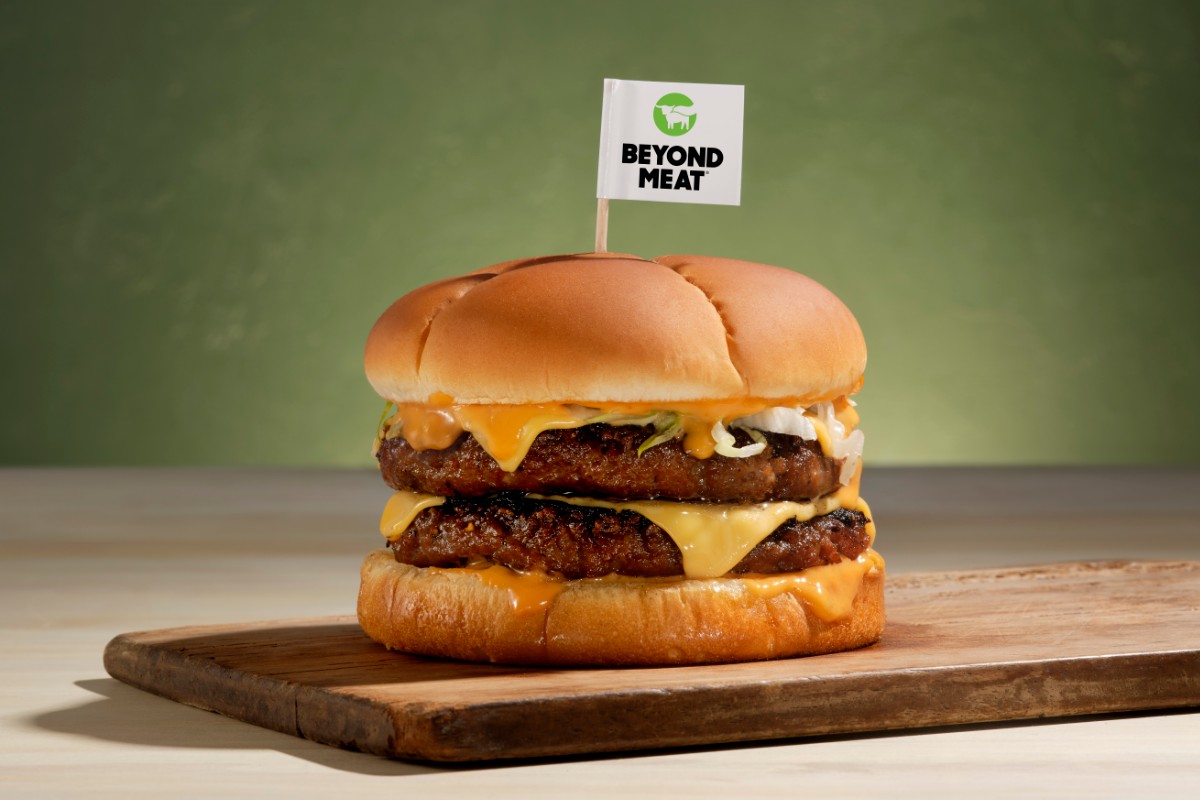 The approach of most plant-based and cultured meat companies is not to displace but be an alternative to animal protein products, Weston said. This has been represented in how the incumbent stakeholders in the meat industry have been investing in alternative proteins.

Stakeholders in foodservice have adopted and partnered with some of the big players in plant-based meats to cater to a new generation of consumers.

Beyond Meat announced its global partnership with Yum! Brands to bring plant-based protein menu items to participating KFC, Pizza Hut and Taco Bell locations over the next several years. Additionally, Beyond announced a three-year partnership with McDonald’s Corp. to be the preferred supplier of its McPlant burger patty and to co-develop other plant-based menu items for chicken, pork and egg.

Impossible Foods released its plant-based chicken nuggets in September with an announcement that the product will be expanding into 10,000 grocery stores by the end of the year and at some Fat Brand restaurants. It also announced its plant-based pork.

The two companies have built their businesses on teaming up with multi-national restaurant groups who serve their plant-based alternatives while also releasing new products in grocery and supermarkets.

A natural marriage of the plant-based and cultured meat industries is even starting to take shape. Mission Barns, based in Berkeley, Calif., cultures animal fat as an ingredient for alternative proteins. In October, the company announced it was beginning a multi-year partnership with Silva Sausage Co. to scale up production.

“The Mission Barns approach is ‘fat first,’” said Bob Connolly, vice president of marketing at Mission Barns. “Fat is both where the flavor is and it’s an easier component to cultivate.”

Mission Chorizo Sausage is the first product to be released under the partnership. The sausage is a plant-based alternative using cultured pork fat to deliver a similar flavor and mouthfeel to traditional animal meat chorizo sausage.

Silva Sausage is providing its distribution network, logistics, packaging and 50,000 lbs per day production capacity to bring the product to market.

By focusing on becoming an ingredient-focused company, Mission Barns has already made strides that other cell-cultured meat companies have not. It has started one of the first scaled production runs of a cultivated meat product in the United States.

“Cultivated fat is significantly cheaper and simpler to produce as compared with cultivated muscle,” Connolly said. “By focusing on cultivated fat, we can get to market faster, at a lower price-point and solve the sensory issues faced by purely plant-based products.”