The position, which is open to recent college graduates, involves spending a year – June 2021 through June 2022 – crisscrossing the United States in the Wienermobile.

“The longstanding mission of the Oscar Mayer Wienermobile has always been to spread smiles,” said Emily Klein, senior associate brand manager at Oscar Mayer. “We’re looking forward to continuing this tradition and invite recent grads to submit their resumes for an opportunity they’re sure to relish and join our team of meat-loving, adventure-craving do-gooders.”

Tyson Foods Inc.’s 26,000-square-foot Tyson Manufacturing Automation Center (TMAC) will sometimes house proprietary equipment and technologies still in development and meant only for Tyson. However, the company wanted office space and conference rooms to look down from the second floor onto the workspace.

To keep proprietary development hidden in certain situations, while maintaining the ability to look down onto the work area, Tyson installed electrochromic glass. The glass allows an operator to turn the glass opaque through the use of an app on a smartphone.

“We can keep intellectual property private, or we can open it up and give demos,” said Marty Linn, director and engineer at TMAC. “And, it’s just really cool.”

“The pandemic has shined the brightest of lights on our food system and retailers sit squarely in the middle.”

– Walter Robb and Audre Kapacinskas of S2G Ventures, in the report, “The Future of Food: Through the Lens of Retail.” 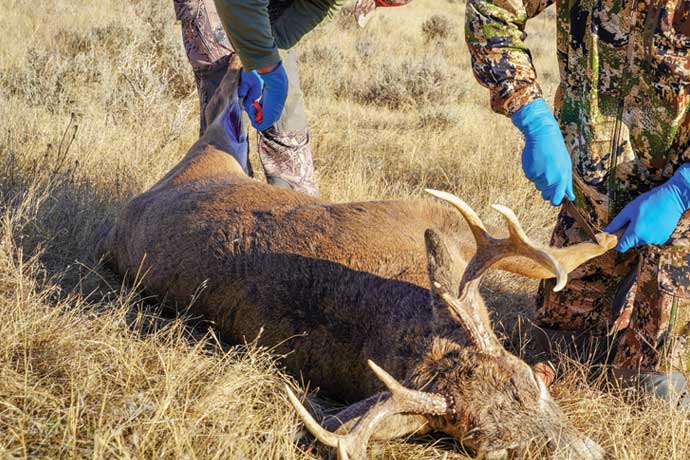 With slaughter capacity among small processing companies steadily ebbing over the years, the already-strained segment was pushed to unprecedented levels during the height of the pandemic, as livestock producers faced surplus supply issues resulting from the closure of several large slaughter plants. Many small processor operators who traditionally rely on a robust deer hunting season to keep their plants busy have been overrun with requests for slaughtering services from pork (and some cattle) producers in their communities who previously funneled their livestock to plants with daily capacities upwards of 20,000 head.

Chris Young, executive director of the American Association of Meat Processors, said many of his members have had to forego deer processing in the fall due to overwhelming slaughter demand and in some cases, booked slaughter dates are being sold by producers to desperate pig farmers.

“Most of my small guys are booked for slaughter well into the second half of 2021,” he said. “And I’ve got some that are booked [for slaughter dates] almost midway through 2022.”