We use cookies to provide you with a better experience. By continuing to browse the site you are agreeing to our use of cookies in accordance with our Cookie Policy.
Home » Beyond buffalo wings

It was 1964 and Teressa Bellissimo, owner of the Anchor Bar in Buffalo, NY, was surprised by her son’s visit home from college with a car full of hungry friends. In efforts to feed them, and feed them fast, she deep fried the chicken wings she was saving to make stock, added hot sauce and served them with celery sticks and blue cheese for dipping. The guys liked them so much that the Bellissimos put them on the menu the next day. The buffalo wing was born.

The National Chicken Council, Washington, DC, reported that Americans consumed nearly 1 billion servings of wings in 2019. The council estimated that wing consumption would grow by 2% this year, despite the pandemic and the subsequent cancellation of sporting events and the closing or reduced operations of bars and restaurants. 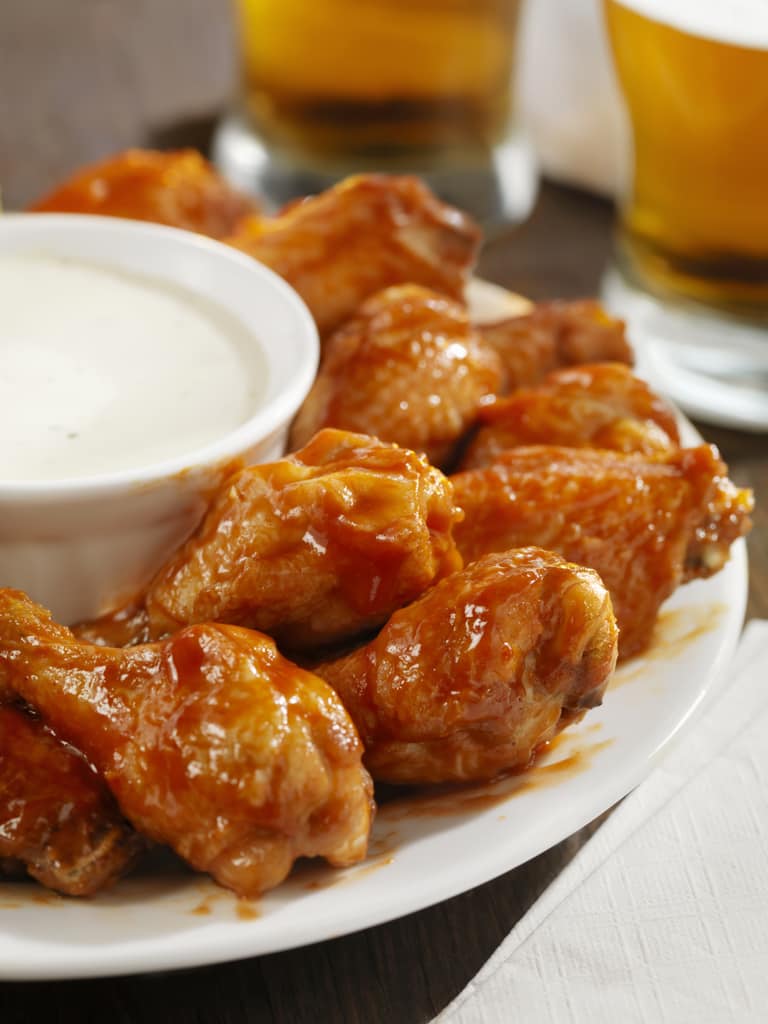 While many believe this finger food is as American as baseball and apple pie, it’s really the sauce that most of us love. That’s why it can be found on everything from burgers to kebobs to meatballs.

“If Buffalo sauce were merely an accompaniment for chicken wings, its long-running popularity would be remarkable enough,” according to menu trends analyst Nancy Kruse, president, Kruse Company, Atlanta. “Buffalo sauce became a staple on chain menus over two decades ago, as adventurous diners experimented with assertive flavors.

“Thanks to the COVID-19 shutdown, it has gotten a new lease on life as delivery-friendly chicken wing sales have taken off like a rocket, and corporate chefs have rediscovered its patron-pleasing versatility in a broad range of new dishes.”

These culinary-inspired buffalo sauce applications provide an opportunity for meat and poultry processors to offer similar products at retail. Buffalo chicken macaroni and cheese is likely one of the most popular items these days. Combining the comfort of cheesy pasta with kicked up protein makes this both a popular side dish and main course.

The sauce makes cross-cultural appearances on items like Papa John’s Grilled Buffalo Chicken Papadia, which resembles the offspring of a calzone and a piadina, according to Kruse. It is touted as a less messy, easier-to-eat alternative to conventional wings. Buffalo sauce is also often used on pizza crust with toppings of shredded chicken, mozzarella and blue cheese crumbles. 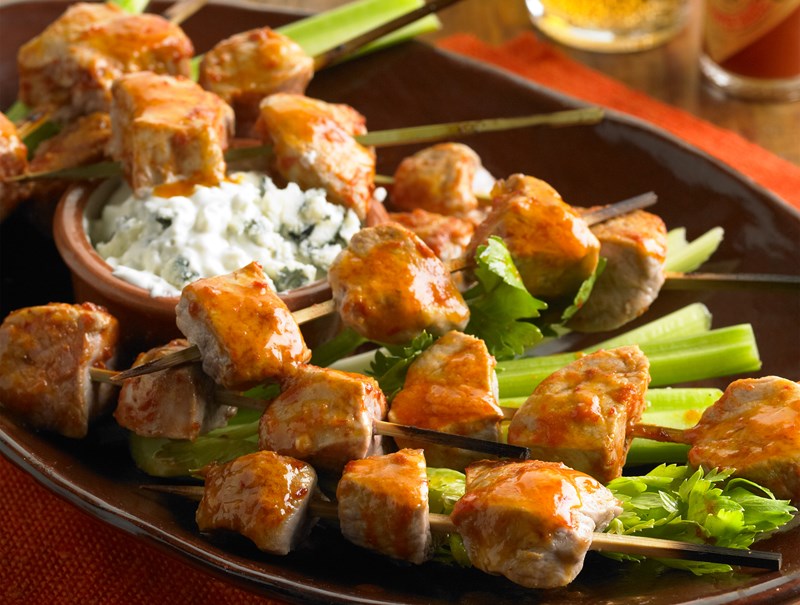 Buffalo is not limited to chicken. The Ohio Pork Council offers a recipe for buffalo pork kebobs with blue cheese, which can be served as an appetizer or entrée. Steak chunks, shrimp and even cauliflower are getting breaded and seasoned like wings.