Chick-fil-A included in most trusted brands

WASHINGTON — More than half of Americans distrust “corporate America,” but they tend to trust the food and beverage business more than other industries, according to Morning Consult’s State of Brand Trust report.

The report drew on an average of more than 16,000 interviews per brand. Questions focused on topics ranging from product sourcing, quality and safety to employee treatment and data protection.

The No. 1 most trusted food brand was Chick-fil-A, which ranked No. 6 overall. The Hershey Co. was No. 2, or No. 7 across all industries, followed by Cheerios and M&M’s, which came in at No. 9 and No. 10 overall, respectively. 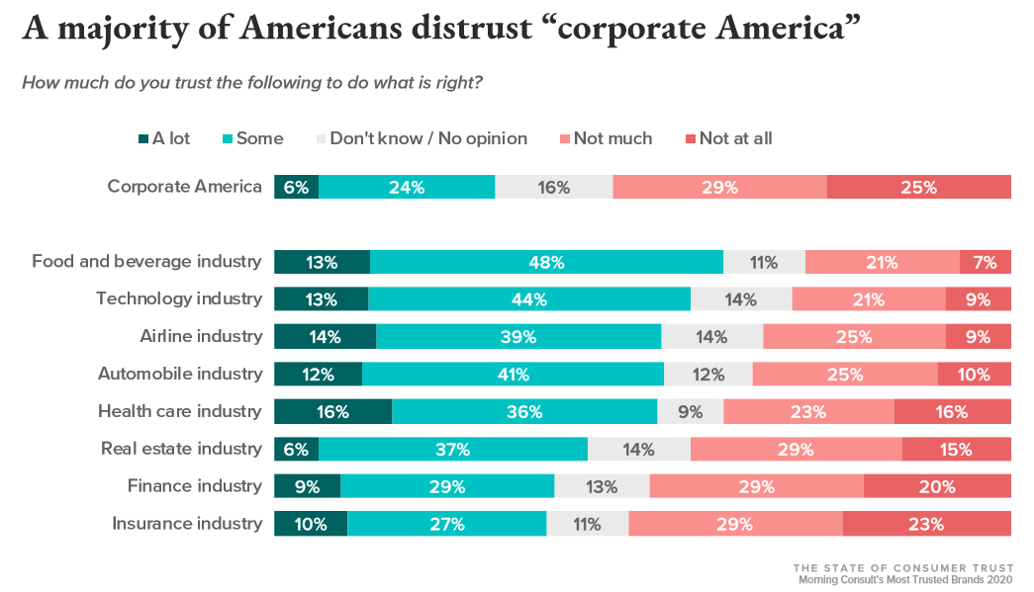 Despite the high level of trust placed in food and beverage brands, just 17 percent of consumers said they trust food labels to “do the right thing.”

Gen Z and millennials placed the most trust in tech companies like Google, Amazon and Netflix. When it comes to food and beverages, the report found younger consumers are most likely to trust snack and candy brands like Kit Kat, Oreos, Doritos and Gatorade.

“While brand trust is relatively strong today, there is a generational challenge facing brands in the future,” the report said. “Younger consumers are generally more skeptical of corporate America and hold higher ethical standards for brands.” Issues young consumers prioritize include political values and reliability, according to the report. Close to 70 percent said consistency is very important.

“Gen Z and millennials are less likely to trust the average company and are more likely to say that companies have to make active efforts to gain their trust,” the report said. “Additionally, while reliability is still king for younger Americans, they also place more value on ethical matters such as how a company treats its employees or how they produce products.”