We use cookies to provide you with a better experience. By continuing to browse the site you are agreeing to our use of cookies in accordance with our Cookie Policy.
Home » CFIA reports diced chicken, baby food recalls 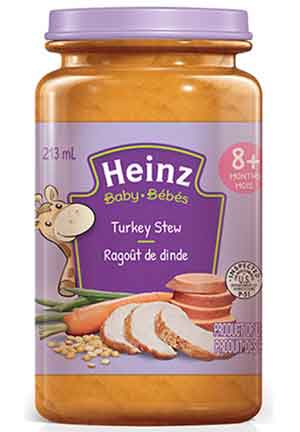 Rosemount Sales and Marketing launched a recall of Rosemount brand cooked diced chicken meat due to possible Listeria monocytogenes contamination. Findings by the CFIA during an investigation into a foodborne illness outbreak triggered the recall. The Public Health Agency of Canada also is investigating an outbreak of human illness.

The affected items include:

The items were sold to customers in British Columbia, Alberta, Saskatchewan, Manitoba, Ontario, Quebec, and Nova Scotia and may have been distributed to other provinces and territories, CFIA said. The investigation is ongoing and may result in recalls of additional products.

A second recall involves Heinz brand Turkey Stew baby food. Kraft Heinz Canada launched the recall of baby food due to the presence of insects. The company was made aware of the problem via a consumer complaint. CFIA is investigating the matter. The affected products include Turkey Stew 8+ Months Baby Food; 213 mL with code 2021JN04 and UPC of 0 572200 6.

CFIA noted that there have been no reported illnesses associated with consumption of the baby food. The food was distributed to retail locations in British Columbia, Ontario, Quebec, Saskatchewan, Newfoundland and Labrador.