We use cookies to provide you with a better experience. By continuing to browse the site you are agreeing to our use of cookies in accordance with our Cookie Policy.
Home » Meat ballot initiatives in US states could affect national outlook

Meat ballot initiatives in US states could affect national outlook 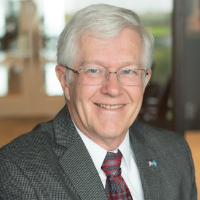 Voters in Washington approved a measure that prohibits local governments from imposing sales taxes on food, including sweetened beverages, sold by grocers, while Oregon voters rejected a similar ballot initiative.

The California vote on animal confinement requirements was lopsided with 62 percent voting in favor of the proposition versus 38 percent opposed. Proposition 12, the Prevention of Cruelty to Farm Animals Act, establishes specific area requirements that farmers must meet in confining laying hens, breeding pigs and calves raised for veal.

The new law builds on the foundation established by Proposition 2, which California voters approved in 2008 by an even wider margin than they awarded Proposition 12. The earlier measure prohibited the confinement of pregnant pigs, calves raised for veal and egg-laying hens in a manner that does not allow them to turn around freely, lie down, stand up and fully extend their limbs. Proposition 2’s requirements took effect Jan. 1, 2015.

Beginning in 2022, Proposition 12 bans the confinement of breeding pigs and their immediate offspring in areas with less than 24 square feet of usable floor space per pig, and egg-laying hens in areas other than indoor or outdoor cage-free housing systems (based on the United Egg Producers’ 2017 cage-free guidelines, which define cage-free housing areas as those that provide 1.0 to 1.5 sq.-ft. of usable floor space per hen, and allow hens to move around inside the area).

Proposition 12 also bans the sale of veal from calves, uncooked pork from breeding pigs and shelled and liquid eggs from hens when animals were confined to areas below the new minimum square-feet requirements.

The Humane Society was a principal proponent of Proposition 12 alongside several other organizations seeking more humane treatment of farm animals.

Opposition to the proposition came from a mixed bag of farm organizations, which argued producers knew best how to humanely raise and confine their animals and that the new requirements would result in higher food prices. The passage of Proposition 12 may have a ripple effect nationwide as producers outside of California that ship into the state also will have to meet the requirements.

Washington state voters by a 55 percent to 45 percent margin approved Initiative 1634, or the Prohibit Local Taxes on Groceries initiative, which prohibits local governments from passing new taxes or fees on groceries, which the initiative defines as “any raw or processed food or beverage, or ingredient thereof, intended for human consumption.”

The initiative was heavily supported by the beverage industry, by some accounts to the tune of $20 million. Initiative opponents failed to secure funding sufficient to mount an effective counter-effort.

The initiative does not repeal the Seattle soda tax that went into effect in Jan. 2018, but it would prevent other cities and local governments from passing similar taxes. It also prohibits any existing taxes, fees or assessment from being increased.

A similar ballot initiative in Oregon went down to defeat. Oregon voters rejected Oregon Measure 103 by a margin of 58 percent to 42 percent. Measure 103 would have amended the state constitution to prohibit the state as well as local governments from imposing taxes on groceries, which the measure defines as “raw or processed foods or beverages intended for human consumption,” excluding alcohol, tobacco and marijuana.

Oregon currently is one of five states that has no state sales tax. At the same time, Oregon has no law preventing local governments from establishing such taxes.

Unlike in Washington, Oregon Measure 103 opponents, who identified the measure as an effort by the beverage industry to protect sugary and sweetened beverages from being taxed, were well funded and able to put their case before the voters.