We use cookies to provide you with a better experience. By continuing to browse the site you are agreeing to our use of cookies in accordance with our Cookie Policy.
Home » Smoke signals success

The tradition of barbecue is often passed from generation-to-generation, but the newest generation is combining tradition with a healthy dose of transparency. Case in point, the popular podcast “Behind the Smoke,” www.behindthesmokemedia.com, shares what really happens around the making of barbecue and the lives of those who dedicate themselves to the age-old craft.

The podcast is the latest chapter of a friendship based largely on a shared passion for sports and barbecue. The story began when Walchef approached Marso to be a meat sponsor of the Spring Valley BBQ Fest, an amateur barbecue competition that’s grown to be the state’s largest annual amateur tailgate and barbecue contest.

Curiosity and a desire to explore their personal barbecue roots prompted the two to make their own mark in barbecue with an entry into a local barbecue contest. The pair came in last place, serving as a reality check that barbecue was serious business. Looking to improve their game, Walchef and Marso reached out to several barbecue specialists before deciding to work with Gene Goycochea, a board member of the Kansas City Barbeque Society and a vice president of the National Barbecue and Grilling Association.

Marso, a former Kansas State Univ. defensive end who had a stint playing in the NFL, is a third-generation butcher in his family’s Valley Farm Market, established in 1956. Within the family business, Marso’s father focused on barbecue to promote the use of their products. The well-known butcher shop also features the Valley Farm Market BBQ Shack, in front of the retail store. With generations of experience under their belt, the Marso family’s award-winning barbecue continues to be a destination spot that helped pave the way for some positive recognition of California barbecue, according to Marso.

Goycochea mentored Walchef and Marso, reaffirming their commitment to making barbecue, Walchef says. The mentorship also encouraged Walchef to shift the focus of his family’s then breakfast restaurant into a barbecue destination, becoming Cali Comfort BBQ in 2011. Mentor Goycochea now serves as culinary director at Cali Comfort BBQ, considered one of the top barbecue restaurants in Southern California and a necessary pit stop in the San Diego area.

Mentorship, the purchase of additional barbecue pits and ongoing education continue to ignite a passion to unite the character of Kansas City-style barbecue with the influences of those they encounter in the barbecue world, creating a unique style of their own. 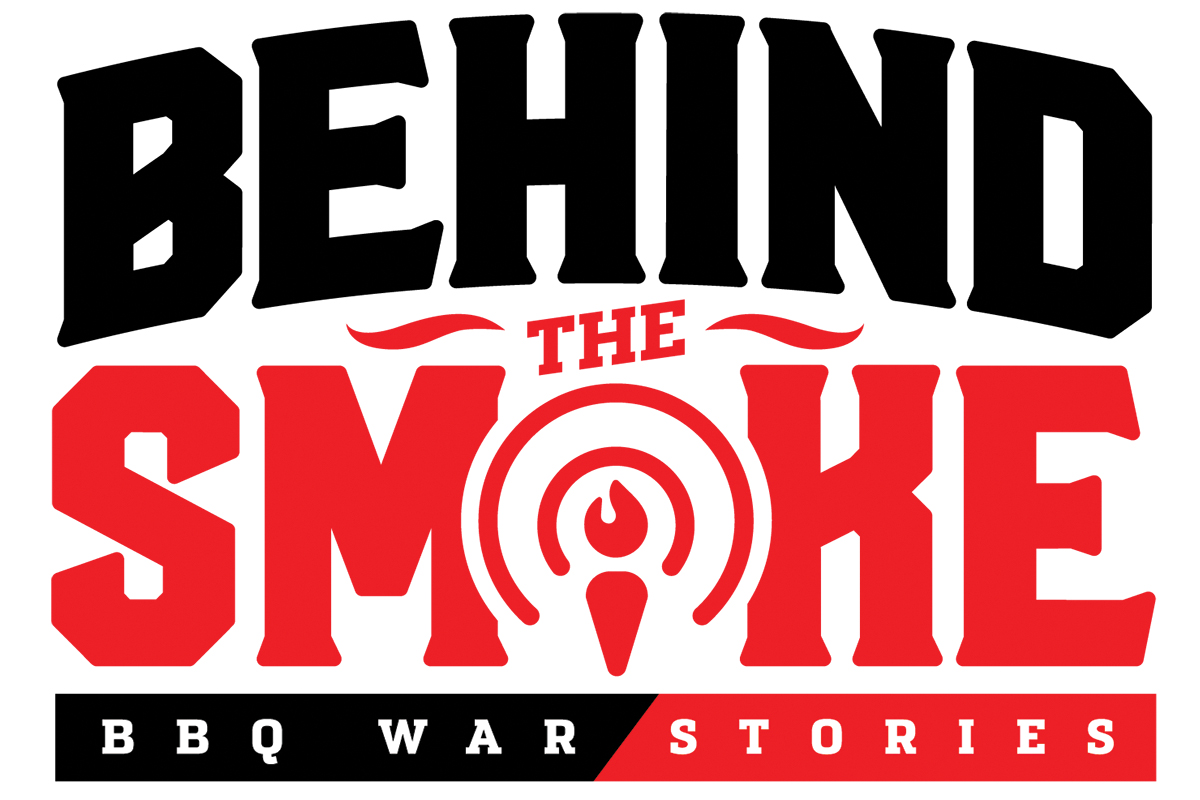 A desire to know more about the people behind the barbecue prompted the creation of the “Behind the Smoke” podcast in May 2017. “We found this was a good way to give back to the barbecue community and talk about real things that happen,” Walchef says. “We talked to amateurs, competition teams and the media about the life and business of barbecue and what happens in and around the making of it.”

The popular podcast initially started as somewhat of a dare. Walchef, who is known for pushing the envelope, came to Marso with the idea of a podcast about barbecue. Walchef saw the podcast as an easy way to get the story of the barbecue community heard. By the time Marso came around to the idea, Walchef had already booked the first guest. After an admittedly rough first episode, Marso was on board, converting an employee breakroom above the Valley Farm Market butcher store into a podcast studio. The rest, as they say, is history.

“Transactions and getting people in the door is not the end goal,” Marso says. “It’s about creating relationships and learning, becoming friends and sharing the lessons learned along the way.”

“Behind the Smoke” is not just encouraging Walchef and Marso, it’s also inspiring and connecting people from around the world. The pair regularly receive pictures of what other people are barbecuing via social media channels with daily updates from fellow competitors and barbecue enthusiasts from as far away as Israel. Another benefit of the podcast’s popularity is the opportunity to earn California barbecue the level of respect Marso and Walchef believe it deserves.

“We want to make the best barbecue,” Walchef says. “Barbecue brings people together and that’s increasingly important when there’s so much division around. Barbecue is about coming to the table and finding common ground.”

A love of barbecue and the relationships inherent to the culture create a commonality within each podcast episode. Within the work, Walchef and Marso strive to create an organic medium. Although this approach goes against the traditional know-your-audience mantra of marketing, the creators believe the podcast is most effective when they’re able to seek out the conversations that they and others find interesting, creating a natural synergy.

“With every podcast, our goal is to have a great conversation,” Marso says. “We want to bring value to conversations that are top-of-mind. Life happens, and the more people open up and share, the more there is to learn.”

Topics of the podcast often emerge from what’s going on in the life of the two, such as the birth of Walchef’s child. Walchef named one of his favorites a podcast created at the National Barbecue Association where they were able to interact with other podcasters. Calling the experience “very humbling,” Walchef saw this as another example where the conversations before, during and after the podcast can make long-term connections with others and add value.

In the future, look for the “Behind the Smoke” podcasters to continue to push the envelope as they look at new locations, unique topics and search for ways to improve and promote what is happening with barbecue in California and beyond.