We use cookies to provide you with a better experience. By continuing to browse the site you are agreeing to our use of cookies in accordance with our Cookie Policy.
Home » Checking in with the Chick

Checking in with the Chick

But the loss of one customer led to the gain of many. The 40 lbs. of chicken salad Stacy made for the first day of business sold out in two hours. The next was another sellout, with 80 lbs. of chicken salad sold in two hours. “We have never looked back,” Stacy says. “We have grown organically since then.” After its initial opening, Stacy and Kevin Brown expanded Chicken Salad Chick to three additional locations in Auburn to handle demand.

Currently, the brand has 51 locations across the Southeast, and has sold 146 franchises to be developed in Alabama, Florida, Georgia, North and South Carolina, Tennessee, Louisiana and Texas. Chicken Salad Chick expects to open at least 30 more restaurants in 2016.

The chain also offers more than chicken salad — soups, side salads and desserts are on the menu.

Stacy Brown wasn’t looking to start a business. Before Chicken Salad Chick, she was married and a stay-at-home mother of three young children. But when her 10-year marriage ended in divorce, Brown went through what she calls a soul-searching experience.

“I needed to make a living to support the kids,” she says. With their ages [2, 3 and 6], Brown says she felt the disassembly of the family was too much for much for the children. Her main goal was to figure out “how I was going to get them through this transition without disrupting their whole world.”

Despite the challenges that faced her, Brown had a few things going in her favor: an early start at the stove; an urge to entertain and an obsession with chicken salad.

“At any restaurant I patronized, if they had chicken salad I would order it,” she says. “It was like I was on my own quest for the gold. 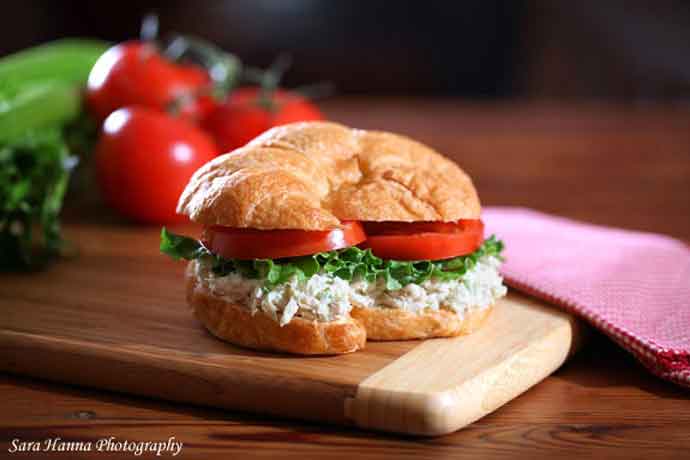 Classic Carol is the chicken salad recipe that started it all.

Brown is quick to note that creating Chicken Salad Chick didn’t mean that she had developed the best chicken salad recipe. But she’d eaten so much chicken salad and was so choosy about ingredients that she was able to narrow down her preferences and make her own. “I felt like I’d hit on something that was really good.”

And Classic Carol was born.

Business really started booming for Chicken Salad Chick after Stacy left crackers and a bowl of “Classic Carol” in a teachers’ lounge at Ogletree Elementary School.

“As soon as I left that in the teachers’ lounge with crackers my phone started ringing off the hook.”

One caller, however, had a different kind of business in mind. An anonymous tipster had reported Stacy to the local health department.

“The health department called me and said you’re not allowed to do this. It’s against the law; you can’t sell anything out of your house. You have to shut down.”

But ultimately, Stacy says she is grateful for that anonymous tipster. “If that call hadn’t come and forced me to say ‘is this the end, or am I going to open a restaurant?’ I don’t know what that next step would have been.”

It was Kevin Brown who encouraged Stacy to continue Chicken Salad Chick, and he joined her as a business partner. Together, they decided to start the takeout business that would open on Jan. 7, 2008. 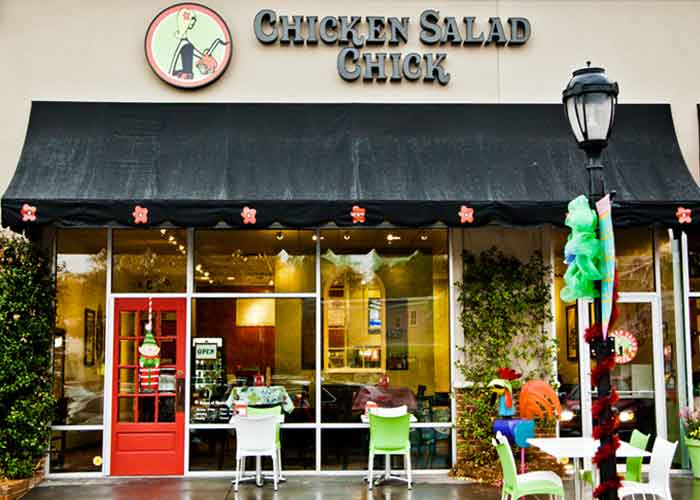 The Chicken Salad Chick chain now has 51 locations with more to come in 2016.

The success of Chicken Salad Chick came with a bit of sadness. In November 2013, Kevin was diagnosed with stage 4 colon cancer. He died in 2015, but his diagnosis led to the creation of the Chicken Salad Chick Foundation (CSCF) and a goal to raise $1 million to address food insecurity and to help those affected by the challenges of cancer. To advance the CSCF’s mission, the Music & Miracles Superfest was created as a fundraiser. This year’s event features country music stars Kenney Chesney, Miranda Lambert, Sam Hunt and Old Dominion.

“Everything has happened so fast, and I’m so grateful for every part of it,” Stacy says. “At every level it’s just gotten better and better, and every day at work I think ‘ok, it can’t get any better than this; I don’t want to move from this position. And then I move to a different position and then I say ‘ok, this is my favorite.’ I’m just happy about it.”