Jozsef Hirs learned butchering trade secrets from his father and grandfather in the small village of Tokod in his native Hungary. He went on to the Food Processing School in Tata in the early 1980s before coming to the United States.

Now as a veteran of the meat processing industry, the 53-year-old Hungarian sausage master plies his trade at his one-man shop in Northern New Jersey under the banner of Hirs Sausage Market. But it is his dedication to the craft, his resourcefulness, his ability to think on his feet and excellent product line-up that has been propelling him and his fame into the national marketplace. This kind of success can only come from having the right products – and Hirs does have the right stuff.

“I was able to adopt some new technologies but remained committed to using only the best ingredients and highest quality standards for my products, offering nothing but the best of pork sausages, bacon and a variety of smoked meats,” he explained.

Among those technologies he took advantage of in the United States was the ability to buy the specific cuts he needed and no longer having to deal with sides or quarters that led to having to sell less popular cuts that were not in demand but had to be used when he bought primals in Eastern Europe.

Hirs had worked at the ShopRite chain as meat manager and later for a Kosher meat business before venturing into the retail trade on his own.

“I felt it would be wise to concentrate on farmers markets and get my products to the customers,” he said. “That was a very tough marketplace to enter because they didn’t know you and there were other vendors who wanted to operate there. I believe my products stood out from the crowd and attendees liked the idea of seeing the person who made the specialty meats behind the sales counter.

“That plan was working, and I was able to expand my marketing to specialty events and then began using UPS shipping to serve even more people who had heard about us or wanted to reorder our products.

“We are much more successful now and markets are calling us to open up a stand or sales counter.” 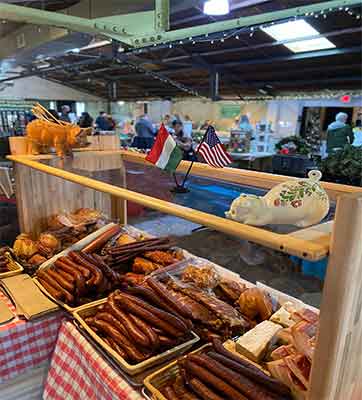 Hirs’ “no storefront” business opened in July of 2019 and customers track him down when the farmers markets or specialty events are not scheduled. His phone may be busy, but he is always able to call back those customers wanting his meats quickly.

Hirs Sausage Market is open seven days a week and the hours Hirs logs are overwhelming, which is one reason he committed to taking at least one day off every other week. However, that’s never the case around the holidays – his schedule preceding holidays like Easter, Thanksgiving and Christmas never allow for the luxury of a day off.

“We have the ServSafe Food Handler as well as HACCP certification and go twice a month with our products to the market in Flemington, NJ; once a month to Piermont, NY, Ramsey, NJ, and New Brunswick, NJ; and once a month to another outside market in Hawthorne, NJ.

Hirs publicizes the company’s mail order service and promotes the website, hirssausagemarket.com, while selling at these locations, which often leads to follow-up sales.

Hirs also uses social media to help him reach and connect with groups that are interested in Hungarian cooking and culture and Eastern European dishes. Many of his followers look to social media posts to keep track of Hirs Sausage Market’s schedule to find out where they will be and when.

“We now have about 3,500 followers on Facebook and about 1,000 on Instagram,” he said. “Most of our customers are second and third generation Eastern Europeans who remember how their parents and grandparents prepared some traditional foods and they love to see our Facebook page with new recipes and recommendations for similar businesses, restaurants and foods. Our list of followers just keeps growing and growing.” 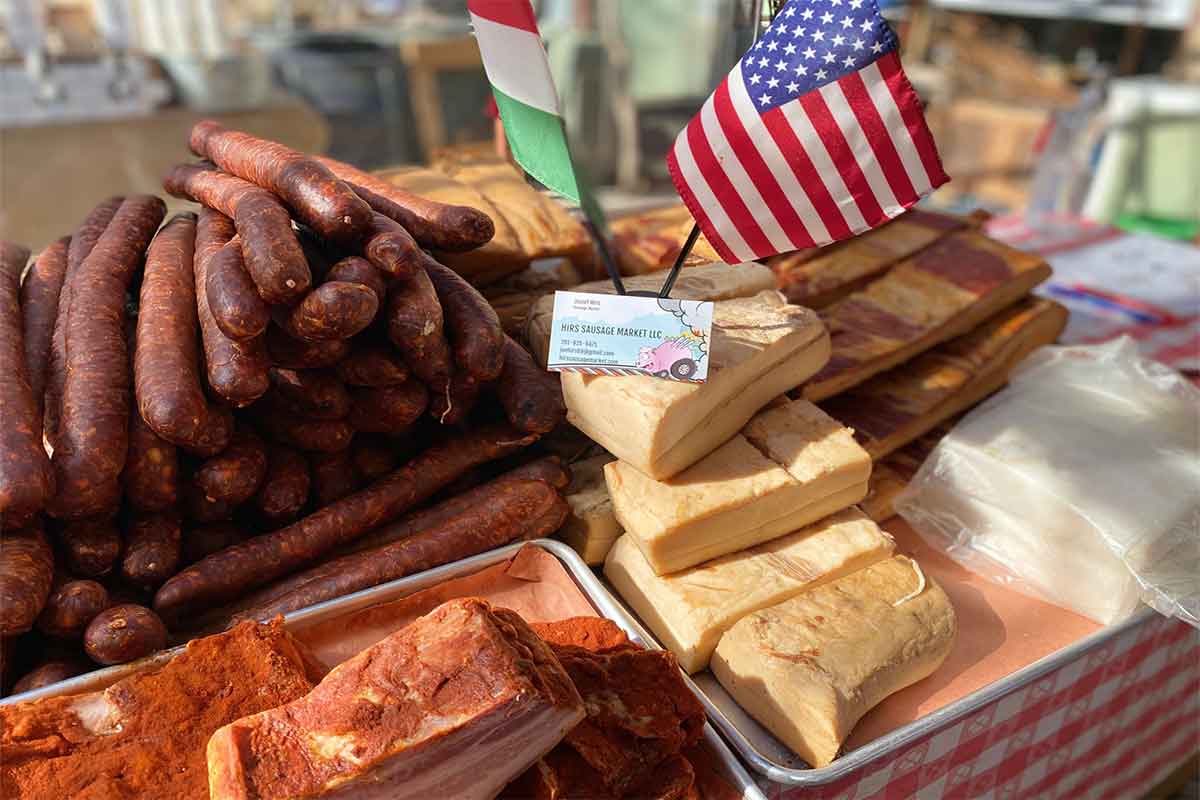 Among the 31 pork products that Hirs produces, three of them are clearly customer favorites. Hirs said that Csabai kolbász (spicy smoked sausage), Gyulai kolbász (mild smoked sausage) and Házi paraszt fokhagymás kolbász (regular smoked sausage with extra garlic) are among his best-selling specialties. Other top sellers include his spicy and mild paprika salami and Hungarian dry smoked ham. Hirs points out that customers like the unique flavor and taste of paprika (sweet and spicy) in their pork sausages that makes them unique.

He also makes three varieties of bacon. The applewood smoked bacon is reflective of European bacons. Another variety comes from the back fat (smoked or salted with no rib meat) of a special breed of pig called Mangalica. A third version is a boiled bacon flavored with garlic and paprika. He only sells his own products, using authentic ingredients and Old-World recipes.

Hirs has kept his focus on selling only Hungarian specialty meats, which landed him an invitation from the Hungarian Embassy in Washington, DC, to bring his products to the European Union Open House. At this event, visitors get to enjoy authentic music, dance, food, film and art of 28 distinctive nations, including his native Hungary.

He feels his new strategy of getting his products into as many locations as possible has paid off. The calls keep coming in to invite him to sell his goods at new farmers markets and events.

Hirs is very proud that he’s been able to bring a bit of his homeland’s rich meat history to the United States and has no designs on growing to the point where he can’t manage and assure the uniqueness of his products.

“I look at quality, not quantity, and focus on what I can do well and keep the overhead of running a business as low as possible.”