We use cookies to provide you with a better experience. By continuing to browse the site you are agreeing to our use of cookies in accordance with our Cookie Policy.
Home » Executing at a premium

Executing at a premium

Authenticity stands as a crucial quality for Kiolbassa Smoked Meats.

That’s something Michael Kiolbassa, third-generation leader and president, takes pride in when describing the legacy he continues to build on.

“I’m not just talking about the product,” Michael explained about the company’s authenticity. “I’m talking about the heritage of the family with our Polish roots. My grandfather started the company over 70 years ago and we have an extraordinary culture that’s rooted in our core values of continuous improvement and transparency, ownership and teamwork.”

After a short stint away from the meat industry following college, Michael decided to jump back into the family business in 1987 in San Antonio, Texas. He started as a salesman and eventually worked his way up to succeed his father, Robert, in 1999 as president of the sausage company.

While this business has grown larger over the last generation, Michael shared much of the success with his dad. Robert stepped back from day-to-day operations a decade ago but remained a fixture in the company and community.

After maintaining and building the sausage business for 60 years, Robert passed away in July 2021 at the age of 84.

Michael noted his father’s humble, modest nature. Following his death, support came from all over San Antonio, which the family greatly appreciated.

“He was a very humble man,” his son said. “Very low key and I think that kind of compounded the response we got because he wasn’t a huge character. He was a quiet guy who touched a lot of people and that was very meaningful for the family.”

The virtues of showing humility and being understated helped the company build its brand along with long-lasting relationships within the meat processing community.

“Those qualities are ingrained in our business and the way we do business every day,” Michael said. 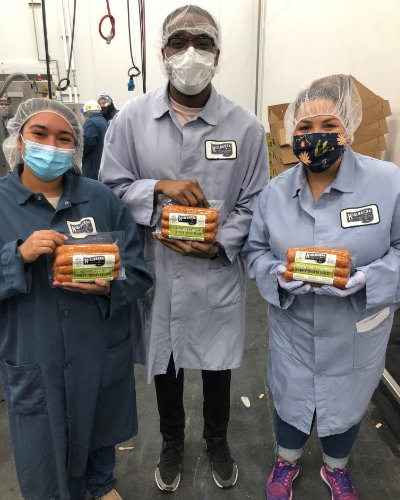 Since its founding in 1949, the recipe for success has stayed simple. Kiolbassa specializes in making premium sausages in 150-lb batches, the same way they did it in the beginning.

After focusing on distribution in the state of Texas for many years, Kiolbassa grew significantly, especially during 2021. Michael said that it’s doubled its all-commodity volume points to about 5,000 locations across the United States.

“That was a big amount of growth to swallow in one year, so we’re still integrating that in and really solidifying those markets,” he said. “We’re investing in those markets with media and social media and really trying to assimilate that into our business.”

Kiolbassa Smoked Meats remains stocked in longtime retailers HEB, Meijer and Jewel Osco, and Publix further into the southern United States. However, its larger presence in Walmart, Kroger, and big club stores like Sam’s Club and Costco, have made it possible to move forward with a national strategy.

Even before the great demand for sausage during COVID-19, Kiolbassa began to expand its footprint by bringing Chuck Harris from Tyson Foods onboard as senior vice president in 2012. The company took a long-view approach of growing more throughout the country.

“He (Harris) was really building a team and a sales organization that can help take us to the next level,” Michael said. “In 2017, he executed on that and brought in some great talent that really helped us take the business to the next level in terms of retail distribution.”

Along with the expansion in sales around 2017, the company opened a second processing facility. At the time of the expansion, Michael insisted on keeping the new facility in the same area of San Antonio, just four blocks from the company’s original site. The two plants give Kiolbassa about 110,000 square feet to produce their sausage and meat products. 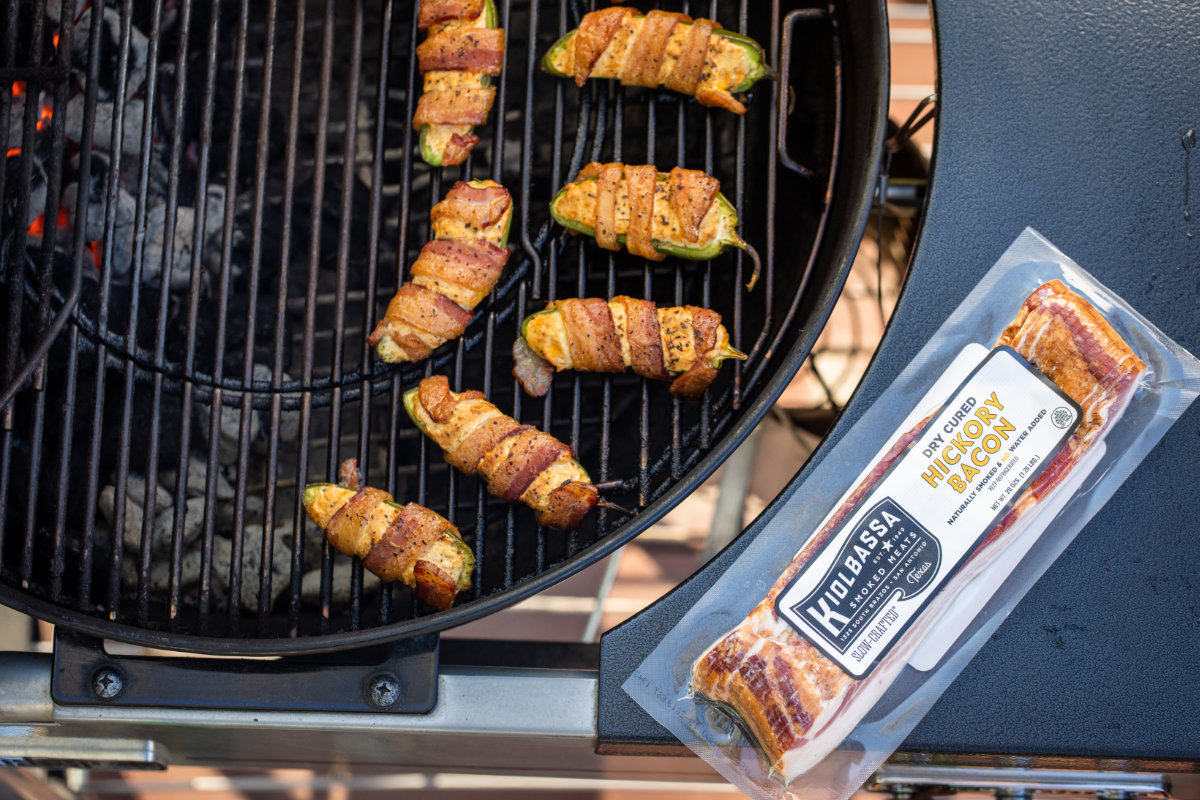 Following its launch in 2019, breakfast links sustained as a fast-growing item, as more people took the time to make breakfast at home.

Along with all the styles of sausage, bacon and chorizo have been part of the Kiolbassa legacy for some time. Michael said that chorizo was added in the early ‘50s by the company and dry-cured bacon was introduced in the late 1960s and early 1970s.

During 2003, Kiolbassa Smoked Meats stopped slaughtering hogs, but resurrected the process in 2015 and 2016 to bring bacon back into the fold.

As the bacon business began to scale to a large degree, the company decided in 2018 that it had to bring in a bacon co-manufacturer to keep up with demand and replicate the Kiolbassa dry-cured process. Other than bacon production, all other production and packaging is done at the two facilities.

“We’re really building a brand footprint across the meat category, and we want to continue to build on that,” Michael said.

In addition to sausage made from red meat, the company also has explored two chicken products at club stores. Interested customers, especially on the West Coast, can find smoked chicken sausage with roasted garlic or hatch chile and cheddar.

With growing production and packaging, the company also expanded its warehouse capacity onsite.

However, following a refrigeration accident in July 2020 and the constant strong demand for its product, Kiolbassa decided to store completed products at Americold facilities in San Antonio. Now only current production and raw materials fill the floor of Kiolbassa’s plants.

As the COVID-19 pandemic moved into different stages over the last two years, Kiolbassa Smoked Meats remained focused on its established retail branding. With more people looking to cook at home, their product became essential at grocery stores.

Michael said the company saw a substantial spike in sales when it hit and fortunately had the capacity.

“I think convenience is driving a lot for the consumer right now,” Michael said. “We are fortunate in that we make a pretty easy product to prepare and it’s a fully cooked product so it’s easy to heat and eat, and it’s a quick meal. I think we’re well-positioned to continue to take advantage of that trend, and I don’t think it’s going away anytime soon.”

With growing demand and the ongoing threat of COVID-19, the company formed a task force in early 2020 and put in plexiglass dividers while also implementing face shield and face mask mandates. With the emergence of the Omicron variant, Kiolbassa has maintained all of those protocols throughout its facility.

In spite of the ongoing, challenging public health crisis throughout the pandemic, Kiolbassa Smoked Meats also added its commitment to the community to feed more people as part of its new initiative – Links of Love.

Seeing what was needed in San Antonio and other areas, the entire Kiolbassa team worked to develop the new program. The company created the Links of Love pork sausage to distribute food to people in need.

After rolling out its first program at the end of 2020, Kiolbassa’s Links of Love project pledged to donate 10,000 lbs of its new Links of Love sausage each month.

The Links of Love sausage is made in small batches like the rest of Kiolbassa products that are sold in stores throughout the United States.

With both locations moving at healthy levels of capacity, Kiolbassa is looking to invest in projects that make its production more efficient while maintaining its current employees.

Michael noted that the company is looking to do more capital expenditure projects in fall and winter 2022 due to the growth of Kiolbassa over the last few years.

A noteworthy aspect of maintaining the workforce at Kiolbassa is the training and development of employees. Kiolbassa said the company earmarks 3% of its payroll to programs aimed at employee improvement including value-based leadership and financial literacy.

“We believe you can get a lot more out of people when you invest in them,” Michael said. “We’re constantly investing in our team, which gives us the confidence that when we do make these investments, we’re going to get great results out of them.”