We use cookies to provide you with a better experience. By continuing to browse the site you are agreeing to our use of cookies in accordance with our Cookie Policy.
Home » Deli Star commemorates opening of new plant in St. Louis

ST. LOUIS – Just 13 months after a devasting fire destroyed Deli Star Corp.’s processing plant in Fayetteville, Ill., the company marked the opening of a new 110,000-square-foot facility in St. Louis with a ribbon cutting on Feb. 22. Missouri Governor Mike Parson and St. Louis Mayor Tishuara Jones were among guests attending the ceremony, which included Deli Star employees. The address of the new plant is 3049 Choteau Ave and is located two miles from the company’s Discovery Center located at City Foundry STL, which the company said will allow it to offer customers product development-to production expertise.

“Today is the culmination of years of hard work, culinary innovation and manufacturing excellence coming to life under one roof,” said Justin Siegel, chief executive officer. “In just over a year, our team went from a pile of ashes to creating one of the finest food production facilities in the industry. I could not be more proud of what we achieved, and I’m in awe of what we accomplished by putting our people first in all that we do.”

The company made a point of partnering with St. Louis-based companies on the project’s design, engineering and construction of the LEED-certified plant. Those companies included DCM Group, Answers Inc. and Ficon Construction. The new facility will allow Deli Star to process fresh cooked proteins, utilizing sous vide technology to produce deli meats, smoked meat and plant-based proteins. The company expects to employ about 500 workers at the new plant. 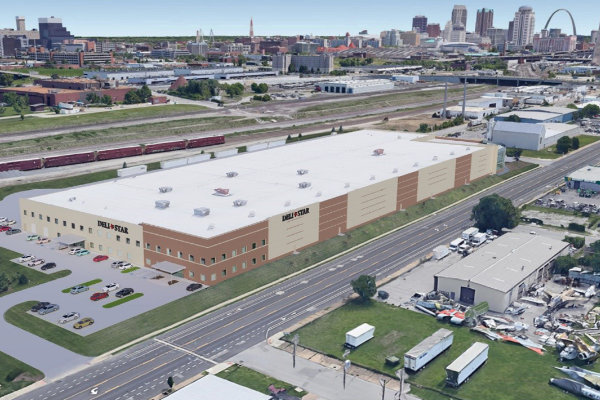 “We are excited to welcome Deli Star Corp. to Missouri as it brings hundreds of new jobs and economic opportunity to the St. Louis region,” Parson said. “As Deli Star seeks to provide high quality protein to its customers, its operations in the St. Louis region will further complement our growing food processing industry and our state’s number one economic driver, agriculture.”

“The nearly 500 good-paying jobs at Deli Star's new production facility will help St. Louisans support their families and communities,” Jones said. “We are proud the company chose to expand in St. Louis, and we look forward to continuing their partnership with the City and St. Louis Public Schools.”

Siegel added: “St. Louis has established itself as a food innovation city, and we look forward to creating the future of food as one of the industry’s leading protein ingredient companies in our new hometown.”