There is no doubt that Listeria is a significant threat to food safety. As recently as last month, the US Department of Agriculture’s (USDA) Food Safety and Inspection Service (FSIS) announced the recall of more than 234,000 lbs of pepperoni and ham products by St. Clair Shores, Mich.-based Alexander & Hornung, a subsidiary of Westminster, Colo.-based Perdue Premium Meat Co. Inc., over concerns that the products were contaminated by Listeria monocytogenes. The Centers for Disease Control and Prevention (CDC) in Atlanta also reported that there are more than 1,600 cases of Listeriosis, an illness caused by the Listeria pathogen, in the United States each year.

And although Listeriosis may not be responsible for as many illnesses as other pathogens, it is blamed for a disproportionate percentage of deaths caused by foodborne illness. Luke Thevenet, pathogen technical sales manager for 3M Food Safety in St. Paul, Minn., said 19% of deaths caused by foodborne illnesses are linked to people who are sick with Listeriosis. It especially affects people with low or compromised immune systems, as well as pregnant women, newborn babies and older adults.

“Because Listeriosis can be transferred from the mother to the fetus, it is often recommended by their doctors that pregnant women avoid foods that have a higher risk of Listeria contamination. Ready-to-eat food products like deli meats and unpasteurized dairy products are some of the higher risk foods,” Thevenet said.

He pointed out the danger posed by the risk of Listeria in ready-to-eat meats prompted the USDA to declare Listeria monocytogenes as an adulterant in those products. As a result, USDA adopted and operates a zero-tolerance policy for the presence of the pathogen.

The microbiologist said 3M Food Safety offers several technologies to fight pathogenic Listeria, including its Molecular Detection System, which offers a DNA-based technology to test specifically for the presence of Listeria monocytogenes. This method is also used by USDA’s Food Safety and Inspection Service and is listed in the agency’s Microbiological Laboratory Guidebook. “3M also offers an Environmental Listeria Petrifilm that tests for Listeria species, which includes various strains of Listeria,” Thevenet said. 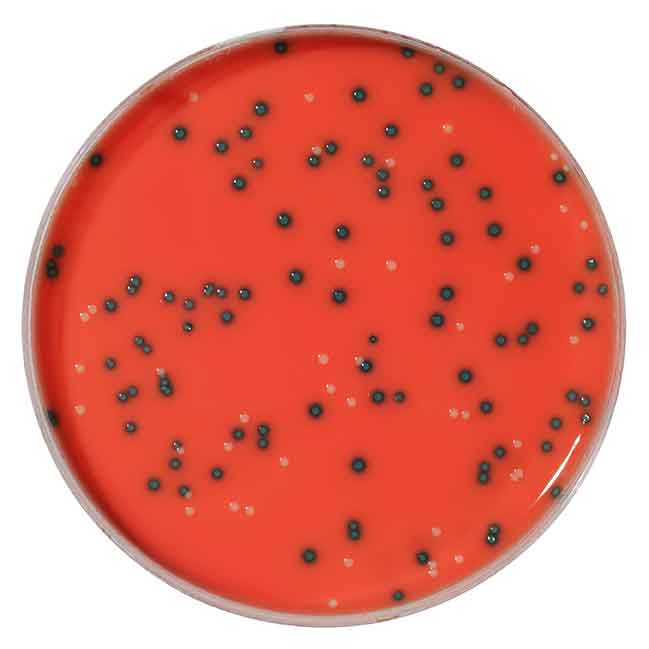 Listeria monocytogenes is one of the most prevalent bacterial pathogens that causes foodborne illness. (Source: BioRad)

Since Listeria does come from the environment, it is commonly found in soil and water, according to Season Yicheng Xie, PhD, meat and poultry applications scientist at Bio-Rad Laboratories, Food Science Division, in Hercules, Calif. Research has indicated that Listeria can also be found in the digestive tracts of farm animals and their feces. It is considered one of the “big three” foodborne pathogens causing illness in people.

“Listeria monocytogenes is one of the most prevalent bacterial pathogens that cause foodborne illness and has the highest death rate among other bacterial pathogens. It usually is associated with ready-to-eat products, including dairy products, processed meat, seafood and fruit,” Xie said.

There is no doubt that getting rid of this pathogen has posed more of a challenge for the meat and poultry industry. “Other bacterial pathogens that are originated from food could be eliminated during lethal steps that can be taken (heat, irradiation, chemical treatments etc.). But since L. monocytogenes is widely spread in the environment, even with the lethality step, L. monocytogenes could be re-introduced to the finished product from the plant processing environment,” Xie said.

The fact that refrigerated and frozen ready-to-eat foods have a longer shelf life and can be distributed more widely allows the growth of pathogenic Listeria during storage. She also pointed out the difference between Listeria species and Listeria monocytogenes. Species refers to diverse types of Listeria, including those not harmful to people. Listeria monocytogenes is the pathogenic type of Listeria that is harmful to humans.

Xie also differentiated how testing is done for Listeria. “Typically, environmental samples are submitted for Listeria spp. and finished (food) products are submitted for L. monocytogenes,” Xie noted. She explained that according to the Ready-to-Eat Meat and Poultry Products guidelines, food producers will submit environmental samples for Listeria species as the indicating organism to ensure the sanitation of the production environment and ensure that there is little risk that L. monocytogenes could be re-introduced to the finished food products.” That would be because the environment has been found free of Listeria species.

“The food producers could also develop a sampling program to evaluate the finished product and make sure that L. monocytogenes has been eliminated by the lethality step and has not been re-introduced into the finished products,” Xie offered as another alternative.

The Bio-Rad scientist also explained some of the products the company has developed to fight pathogenic Listeria in meat, poultry and other food products.

They include “products for enrichment, detection and confirmation of Listeria spp. and L. monocytogenes,” Xie said. “There are several ways to detect Listeria. Bio-Rad offers RAPID chromogenic media and real-time PCR methods for detection of these organisms. RAPID’L.mono Agar is listed for use in many international reference methods, including the FDA BAM, Health Canada Compendium, and ISO standard. iQ-Check real-time PCR kits are validated to reduce the time to results overall. Both allow for fast, accurate detection of both Listeria spp. and L. monocytogenes,” she said.

Clear Labs, based in San Carlos, Calif., offers the Clear Safety Platform, a next-generation sequencing-based technology that allows the company and meat and poultry processors to look at many parts of the Listeria genome (the complete set of instructions that would allow Listeria to develop), if Listeria is present in a food or environmental sample.

“So, with this technology, we can determine if Listeria is present. Also, we can characterize the detected organism,” described Kyle Rhoden, director of product management at Clear Labs. Meaning the processor can choose how much information they want from a Listeria sample – all the way to whether pathogenic Listeria is present. 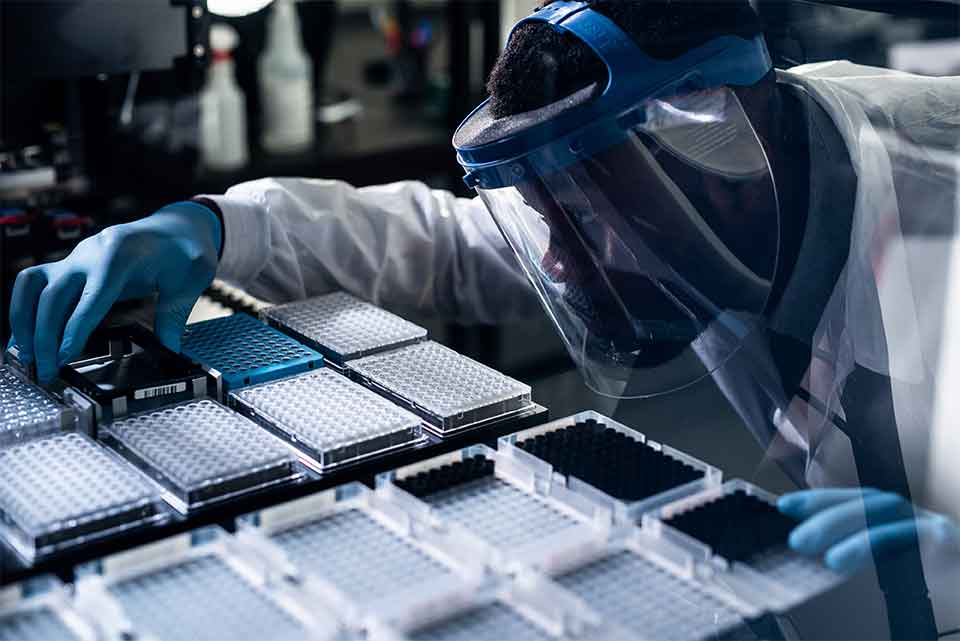 The technology from Clear Labs – the Clear Safety Platform -- is designed completely for the detection and characterization of Listeria.

“Clear Safety has what we call ‘tunable resolution’ – where processors and manufacturers can decide what level of information they want,” Rhoden explained. “For a particular sample, they can ask the platform to report if Genus Listeria was detected in a sample, and if so, what species of Listeria, and beyond.”

The most important features of the platform, he points out, include “similarity analysis” and “environmental mapping” that allows processors to visualize patterns of Listeria contamination down to the strain level on a virtual map of their plant floorplan.

“This allows the (meat or poultry) manufacturer to ‘see’ these patterns of contamination in their environment in near real time, which can speed up the root cause analysis, corrective action, and ultimately help them eradicate the problem once and for all,” Rhoden explained.

Bio Fence, an Israeli health and food safety company, is offering a new technology that eliminates Listeria in plant environments.

“What we are offering is an environmental shield against the ability of Listeria to be present on the production floor, drainage and walls,” said Ofer Shoham, chief executive officer of Bio Fence.

Like a lot of other technology companies helping poultry and meat processors to detect and prevent pathogenic Listeria in plant environments and in their products, Bio Fence concentrates much of its efforts in keeping Listeria out of the plant environment.

Shoham explained Bio Fence developed an innovative patented compound that is added to paints and coating used in plants. After applying it on the surface, it stabilizes biocides, which are used to control the growth of microbes, especially pathogens.

“The technology is intended to treat the immediate environment of the food production areas, like floors, walls and ceilings,” Shoham said. “It constantly protects a highly sensitive production area from Listeria contamination, together with significant improvement in total hygiene parameters,” he said.

Shoham points out how “tough” Listeria is, compared to other pathogens that pose dangers to consumers if their food becomes contaminated.

“Due to the ability of the bacteria to survive and thrive even in the harshest conditions, it remains stubbornly active for a long time in the production environment, so it can easily contaminate food,” he said.

Even food contact surfaces in poultry and meat processing plants aren’t immune from Listeria. “Our compound keeps active biocides on the surfaces where Listeria can colonize for a long time, including between sanitation steps. That way, we can block the ability of contamination like to enter the facility and to build biofilm. When the pathogen builds biofilm, it becomes much harder to get rid of.”