We use cookies to provide you with a better experience. By continuing to browse the site you are agreeing to our use of cookies in accordance with our Cookie Policy.
Home » Packaged, frozen food sales increase in 2021

KANSAS CITY, MO. — The frozen food industry has begun the decade on a tear thanks to innovative product launches, at-home eating and consumers seeking convenience.

Frozen food sales in the United States increased by 21% in 2020 as the COVID-19 pandemic drove more consumers to the frozen food aisle, according to the Food Industry Association, Arlington, Va., and the American Frozen Food Institute, McLean, Va.

In other findings, 39% of shoppers in 2020 said they were core frozen food shoppers, meaning they consume frozen foods daily or every few days, which was up from 35% in 2018, and 42% of households that buy frozen foods have bought the products online, up from 23% in 2018.

MarketsandMarkets Inc., Northbrook, Ill., forecast the global frozen food market, estimated at about $244.3 billion in 2020, to reach a value of about $312.3 billion by 2025 equating to a compound annual growth rate of 5%. Developments in the retail landscape, rising demand for convenience food and technological advances in the cold chain market will drive the growth, according to MarketsandMarkets, which added Europe, accounting for the largest market share in frozen food in 2020, with Germany being a major contributor.

Sales figures from IRI, a Chicago-based market research firm, showed how demand in the United States soared during COVID-19 in both 2020 and 2021. US retail sales of single-serve frozen dinners/entrees hit $5.2 billion in the 52-week period ended July 11, which marked a 9% increase from the previous 52-week period. Sales also were up in frozen handheld entrees, 2.9% to $3.05 billion, and multi-serve frozen dinners/entrees, 2.8% to $2.27 billion.

Frozen food innovation, particularly with cauliflower, was evident in the United States in 2021.

Midway through the year the Green Giant brand was dealing with supply chain issues.

“Green Giant had a tough (second) quarter that combined the most challenging COVID comparison in our portfolio with the most challenging supply chain constraints as we wait for the new vegetable pack,” said Bruce C. Wacha, chief financial officer and executive vice president of finance for B&G Foods, Parsippany, NJ, in an Aug. 5 earnings call.

“Green Giant will continue to face tough comparisons and supply chain constraints until the year will largely get through the pack season in the third quarter of this year,” Wacha said. “However, we do expect a strong fourth quarter once we are fully loaded on inventory.” 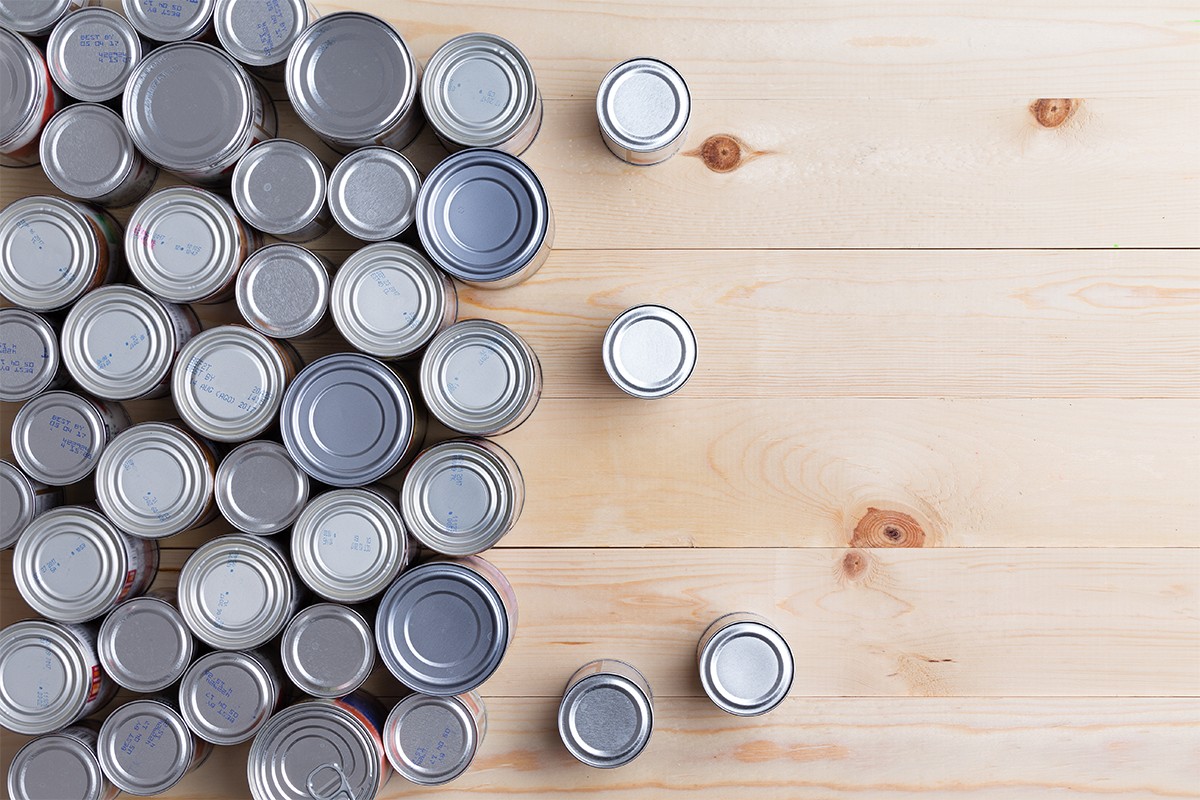 Soup sales slipped in 2021 as COVID-19 restrictions eased and more consumers got out of the house. US ready-to-serve soup sales at retail fell 9% to $1.79 billion in the 52-week period ended July 11, according to IRI. Declines were 7% for category leader Campbell Soup Co., Camden, NJ, and 12% for General Mills Inc., Minneapolis. In condensed soup, US retail sales fell 8% to $1.42 billion.

Cleveland-based Freedonia, an industry market research group, projects demand for soups and stews in the United States to decline at an average annual rate of 2.3% through 2025.

While acknowledging the COVID-19 pandemic bolstered sales of soups and stews in 2020, a variety of factors make further increases unlikely, according to Freedonia. Competition will come from homemade soup. Shoppers’ negative perceptions of canned food will lead them to experiment with a variety of meal options perceived as healthier, fresher or trendier. Competition will increase from suppliers of frozen foods and meal kits. Finally, consumer concerns about high salt content could hurt the canned soup category.

“Nevertheless, suppliers will continue to invest in new and improved soup formulations and marketing to support sales,” Freedonia said. “Ongoing income growth and desire for convenient meals will cause some consumers to purchase premium soups, supporting demand in value terms. Higher prices also may boost nominal sales early in the forecast period as producers grapple with inflation in the costs of inputs.

“Suppliers are also experimenting with alternatives to cans for packaging to improve consumer perception of product quality, including aseptic containers and glass jars.”