We use cookies to provide you with a better experience. By continuing to browse the site you are agreeing to our use of cookies in accordance with our Cookie Policy.
Home » Crowding on the cell-based bandwagon

Crowding on the cell-based bandwagon

In just five years, the cell-based meat industry has evolved from a handful of startups to around 80 startups, including companies developing end products and those working on specific technology challenges. More than $800 million has been invested in the space since its arrival in agrifood in 2016, allowing many players to transition into pilot-scale setup or even commercialization of their products.

Despite this progress, the industry still faces a major challenge in regulatory approval, according to a new report from Lux Research.

“I’d say that until 2020, cell-based meat was up in the air, maybe a fantasy and not a commercial reality,” Venkataraman said. “What happened with Singapore’s approval is that it opened the doors for other countries to really think about it and start looking at the commercial angle.”

In December 2020, Eat Just Inc. announced the use of its cultured chicken as an ingredient in chicken bites had been approved to sell in Singapore, making it the first country in the world to commercialize cell-based meat products. After two years of extensive testing and review of its process, the Singapore Food Agency gave the product the go ahead.

“While there are a number of active cell-culturing companies developing meat and fish, US-based Eat Just’s approval in Singapore shows that this technology is getting that much closer to scale,” said Ryan Whittaker, consumer analyst at GlobalData. “Scale will ultimately lower prices and help to reduce global warming and improve animal welfare – two issues that have been prioritized for consumers amid COVID-19.”

The United States has been one of the leading countries in terms of thinking about cell-based regulation, Venkataraman said. An important development came in 2019, when the US Department of Agriculture and the Food and Drug Administration released an agreement to create a joint regulatory framework for cell-based meat product approval.

Under the joint regulatory framework, the USDA and FDA will co-regulate all cell-based products except for seafood, which will fall solely under the FDA’s jurisdiction.

“I think that the United States could very well be one of the next countries to grant approval, especially for seafood,” Venkataraman said. “Because it falls solely under the FDA, and because we’ve seen some developments from companies like BlueNalu in terms of getting cell-based seafood to the market, I imagine seafood regulation may be faster than beef and some of the other types of products we’re looking at.”

For products beyond seafood, the FDA will oversee cell collecting and cell culturing and will be responsible for conducting premarket consultations on production processes. The USDA’s Food Safety and Inspection Service will oversee processing, packaging and labeling of food products from the harvested cells. 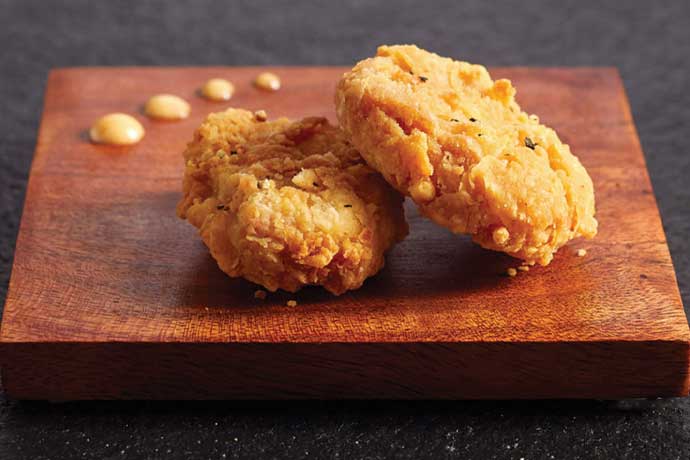 Singapore was the first country to approve the sale of cell-based meat products. (Source: Eat Just)

“If you think about procuring the cell lines and other raw materials, the FDA will have more visibility into that,” Venkataraman said. “The USDA will be looking at the finished products as well as getting the latter part of the value chain into place.”

The two agencies created several groups to tackle specific co-regulation challenges. A transfer of jurisdiction group is developing procedures to guide the transfer of inspection at harvest, while a premarket assessment group led by the FDA is working to clarify the processes for premarket reviews of cell-based meat.

A labeling group led by the USDA currently is developing joint principles for product labeling claims.

“I think the industry consensus now is either to use ‘cell-based meat’ or ‘cultivated meat,’ because you’re cultivating it from a bioreactor,” Venkataraman said. “We’ve moved away from other terms like lab-grown, clean meat and in-vitro meat.”

Other questions exist, including what the guidelines will be for cell-based meat makers looking to get production facilities up and running.

In the European Union, cell-based meat will be regulated as part of the EU’s Novel Food Regulation published in 2018. While this streamlined process allows for EU-wide approval, it requires at least 18 to 24 months.

In Japan, the Center for Rule-making Strategies, a think tank, launched the Association for Cellular Agriculture to advise on regulations to commercialize cell-based meat in the Japanese market.

Cell-based meat remains a nascent industry in China, but industry players have recognized the importance of novel food production methods to meet the region’s looming food insecurity challenge. In June 2020, a Chinese official called for urgent measures to execute a regulatory framework for cell-based meat, including the possibility of regulating it under China’s existing novel food regulation.

Israel is widely viewed as having a favorable regulatory landscape, given the government’s support and involvement, according to Lux. Tel Aviv-based startup SuperMeat last year opened a test restaurant in Israel that serves cultured chicken, though cell-based meat products are not currently regulated in the country.

“Although countries like Singapore and Israel have favorable regulatory landscapes, these small markets will not be enough for widespread adoption and market penetration,” Venkataraman said. “Larger nations will need to remove regulatory barriers to unlock a mass market.”