Americans’ obsession with hot and spicy foods shows no signs of abating. Layering in flavors and applying peppery seasonings keeps meat and poultry relevant to today’s adventurous consumers, especially during these uncertain times where social distancing and home cooking are the norm. A little bit of heat brings meat and poultry to life.

The nuanced heat of chili peppers, all part of the genus Capsicum, is showcased in the “Spicy Revolution” trend, which is one of four flavor themes identified in the McCormick Flavor Solutions’ Flavor Forecast for 2021. With hundreds of varieties of chilis, each pepper brings a unique level of heat, distinctive flavor and even color to food innovation. There are numerous cultivars and methods of preparing chili peppers, which impacts sensory properties. Some deliver sour, sweet and smoky elements, others have hints of fruit, providing a canvas for spices and other flavors, according to the flavor experts at McCormick Flavor Solutions, a business segment of McCormick & Co., Hunt Valley, Md.

Already jumping on the bandwagon is Hormel Foods, Austin, Minn., which is rolling out limited-edition Hormel Ghost Reaper World’s Hottest Chili with Beans. For this fiery offering, the brand took its signature canned chili with beans and added two of the world’s hottest peppers – ghost and Carolina reaper – to bring chili fans a level of heat never before experienced in ready-to-eat canned chili. 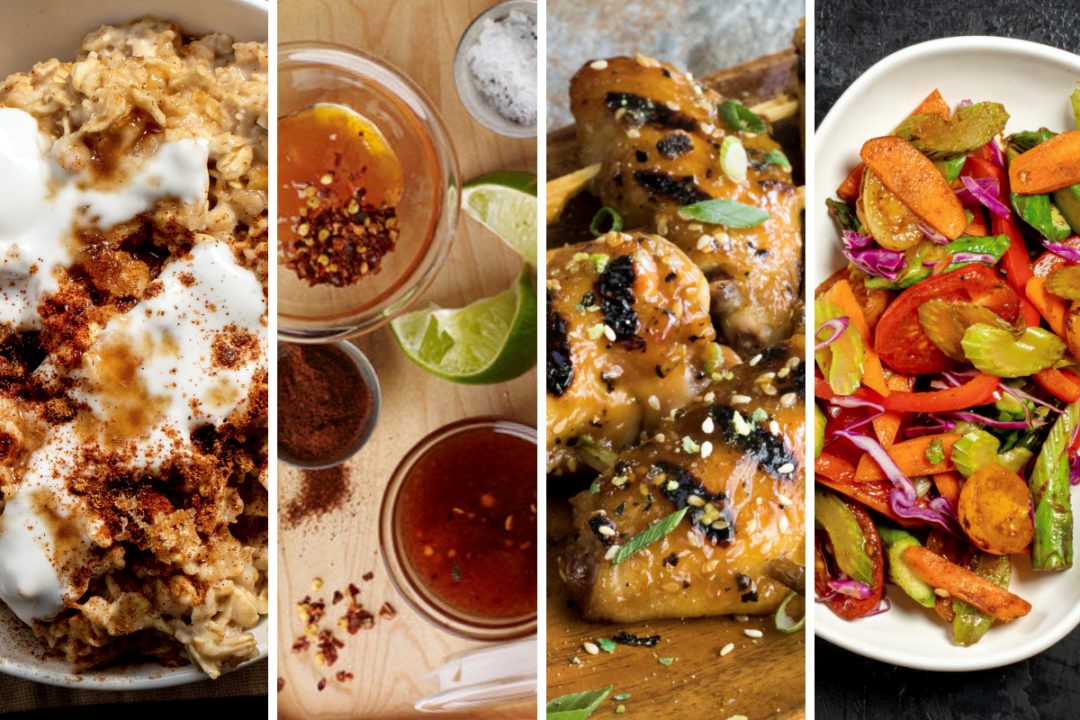 The flavor sensation of heat experienced in chili peppers comes from the odorless, tasteless, crystalline chemical compound capsaicin. When consumed, capsaicin stimulates nerve endings in the mouth, triggering production of the neurotransmitter called substance P. This in turn signals the brain that the body is in pain.

The concentration of capsaicin in chili peppers is measured in Scoville Heat Units (SHU). This was originally determined using a test that measured the degree to which a chili pepper solution must be diluted before capsaicin was no longer detectable to a professional taster. Today SHU is determined in a less subjective test called high-performance liquid chromatography, which measures capsaicin content. Pure capsaicin tops the Scoville scale at 16,000,000 SHU.

Chili peppers possess flavor, but depending on their degree of heat, the flavor may not get tasted by the consumer. Because consumers vary in their threshold for heat, some might taste flavors while others do not.

Common flavorful chili peppers include chipotles, which are made by smoking and drying jalapeños; thereby, having a woodsy, smoky flavor. Anchos possess a rich, dark cherry and raisin sweetness. Guajillos boast a moderately spicy, tangy flavor with a touch of citrus while pasillas have a unique, complex flavor that starts out like prune and finishes with a hint of licorice.

There are a number of varieties of habanero peppers, ranging from little to no heat to fiery hot (500,000-plus SHU), which makes them so popular, as they can be blended together or with other ingredients to develop unique flavor profiles. In general, habaneros possess a fruity, citrusy flavor, which is why they are often paired with fruits, with mango being the most common.

At 800,000 to 1,000,000-plus SHU, the ghost pepper, also known as Bhut Jolokia pepper, was certified as the hottest chili pepper on the planet in The Guinness Book of World Records in 2007, but no longer holds that title. As of August 2013, the Carolina Reaper, which can be as hot as 2,200,000 SHU holds the title. There are also more than 10 other peppers that have since been identified that are hotter than the ghost pepper. As you can imagine, with such hot peppers, the human palate can only experience the heat. These peppers contribute no flavor to food applications.

Hormel carefully crafted its new Ghost Reaper chili to deliver heat along with some beefy bean and tomato flavor. And Dunkin’, Canton, Mass., is hoping its new Halloween-inspired Spicy Ghost Pepper Donut can also still be tasted. That’s right, even baked goods want in on the chili pepper trend.

This unique sweet-heat treat showcases the versatility of chilies. This daring donut is a classic yeast ring topped with strawberry-flavored icing that features a bold blend of cayenne and ghost pepper and is finished with red sanding sugar for a sizzling look.

The many variations of the spicy chicken sandwich, as well as nuggets and strips, further confirm America’s obsession with heat. The same is true for wings, both traditional and boneless.

The future of chicken is promising, as consumers prioritize health without trading off taste, according to a recent state of the chicken industry report from Kerry, Beloit, Wis. Chili peppers allow for signature heat and flavor profiles.

Depending on the chili pepper, as well as the application, heat may linger. Because capsaicin is nearly insoluble in water, drinking a glass of water after consuming chili peppers does not reduce that feeling of the mouth being on fire. On the other hand, capsaicin is soluble in fat and alcohol, which is why a cold beer and some blue cheese dressing often accompanies a plate of hot wings.

When you pair sweetness with peppers, even the hottest peppers often become palatable. This is why the combination of habanero and mango has become so popular. The habanero pepper is quite flavorful once you get done experiencing the heat. Adding a dimension of sweetness helps accentuate the citrus notes of the pepper while the sulfurous notes of the mango play out.

Meat and poultry, in general, function as a clean canvas for applying all types of flavors, hot and spicy included. Flavors and seasonings can be added via marinades — injected and tumbled — as well as through rubs, breadings and batters.

Hot and spicy ingredients make sense with many better-for-you prepared foods. The bold kick helps improve the taste and palatability that gets lost when fat and sodium are reduced in meat and poultry products. Fusion heat flavors are also an easy way to differentiate in the competitive meat and poultry category. This includes fresh, fully cooked and snack items.