During an era when gainful employment is far from a given, MEAT+POULTRY’s survey of meat and poultry processing company executives’ salaries, job benefits and satisfaction, which is commissioned once every five years, provides insight into the state of the industry and the degree to which the coronavirus (COVID-19) pandemic is affecting the careers of upper and mid-level managers in multiple positions. The results of the survey, which was conducted by Kansas City, Mo.-based Cypress Research Associates and in collaboration with the North American Meat Institute, were based on answers to an online questionnaire and reflect 488 executives’ responses. This year’s findings reflect the impact of working in the industry with the backdrop of a persistent global pandemic. When asked about the biggest challenges respondents face on the job, a telling 58% reported COVID-19-related job stresses. The effects of the pandemic are evident or probable in many other findings in the 2020 study as well.

The purpose of the survey was to compile data on:

As was the case in previous years’ surveys, respondents represented both processing and slaughtering operations handling a variety of species, the most prevalent being pork, followed by beef and poultry. The majority of respondents were male (73%), between the ages of 45 and 64 (58%), with at least a bachelor’s degree (76%) and an average of 23 years of industry experience.

Noteworthy in this year’s survey, especially with the lingering pandemic, under the heading of benefits was the increase in healthcare coverage offered by smaller companies compared to the 2015 survey. Sixty-two percent of respondents indicated their healthcare benefits were paid in part by their company compared to 36% in 2015, while 25% reported that their healthcare coverage was covered in full by their employer, up from 16% in 2015. Large companies’ coverage didn’t change drastically from 2015 to 2020, with 84% of respondents indicating their companies paid part of their individual coverage (compared to 86% in 2015) and 11% reporting their individual coverage was paid in full by their employer (versus 10% in 2015).

Healthcare benefit coverage for employees’ families ticked up slightly among small companies according to the 2020 study, with 52% of respondents reporting the coverage was paid partially by their company compared to 50% in 2015 and 16% reporting coverage was paid in full by their employer (versus 15% in 2015). Respondents reporting that their small companies did not offer healthcare for their families dropped from 29% in 2015 to just 18% this year. Significant increases in other benefits included 401(k) contributions among 79% of respondents, an increase from 63% in 2015 and both short- and long-term disability reported by 59% and 55% of respondents respectively (up from 48% and 41%).

Executives with most large companies reported their families’ coverage was partially paid for and 7% indicated the coverage was paid in full by their employer, which was identical to the 2015 survey. Other significant increases in benefits offered by large companies included 401(k) contributions (97%), short-term disability (90%), flexible spending accounts (68%) and flexible work hours (40%).

Perhaps an indication of the pandemic fallout and higher demand for their products, fewer than 18% of respondents with large and small companies reported their employers were in hiring or salary freezes or had implemented layoffs or facility closures. Meanwhile, 41% of large company respondents indicated they had created new positions as did 36% of small companies.

Once employed in the industry, the 2020 survey indicates an incremental increase in job satisfaction compared to 2015, which may be attributable to increased unemployment across the country and the fact that those who are employed are enjoying gainful employment in general. On a position-by-position basis, employees of large companies reported overall higher satisfaction rates, with the highest ranking (on a 7-point scale) reported among those in C-suite positions (6.4) and VP/Director of R&D and Product Development (6.3), while the lowest ranking was in the positions of Operations and Production Management (5.1) and R&D/Product Development Management (5.1). Overall, respondents’ average rating with large companies was 5.8.

When ranking job satisfaction attributes on a 7-point scale, respondents with both small and large companies ranked personal safety in the workplace the highest at 6.1 and 6.2, respectively. Job content satisfaction was the lowest among both sizes of companies with relation to growth opportunities available ranking 4.7 for those from small companies and 4.8 among large companies. 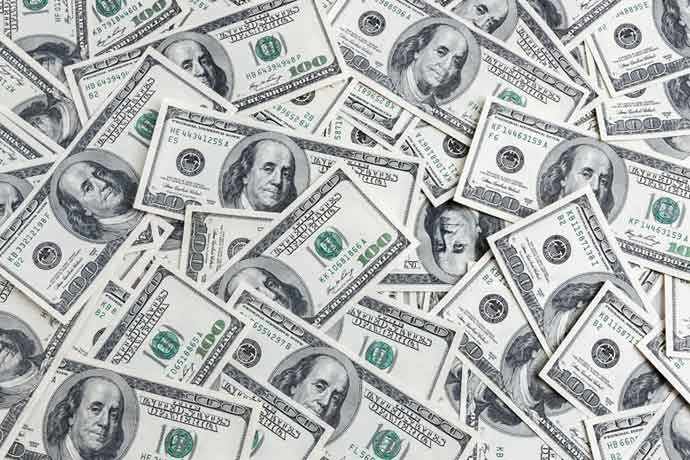 When comparing compensation by job title, the 2020 survey confirms what the 2015 survey concluded: bigger is significantly better. This year’s survey indicated that the average small company total annual cash compensation for mid-level and upper-level executives ranges from $71,500 (for Purchasing/Procurement Management) up to $218,500 (CEO/Executive Management). Respondents reported average base salary increases of 4.6% over the previous year’s salary among these companies. According to this year’s data, executives from large companies earned total cash compensation that ranged from a low of $105,000 for Environmental/Food Safety/HACCP Management up to $435,000 for the CEO/Executive Management roles. Base salaries among all positions on average increased 3.9%.

The complete 2020 MEAT+POULTRY Salary, Benefits and Job Satisfaction Survey contains much more detailed information and survey results than can be included in the charts, graphs and narratives presented here. Click here to obtain the full survey results and data, or send an email request to: meatpoultry@sosland.com.