We use cookies to provide you with a better experience. By continuing to browse the site you are agreeing to our use of cookies in accordance with our Cookie Policy.
Home » Generational traits impact consumer trends

Generational traits could determine the lasting power of all four trends, he said March 28 in Chicago at the inaugural Trends and Innovations Seminar, sponsored by Sosland Publishing Co.

Some trends are life-stage driven, meaning behaviors long established for certain generations, be they teenagers, people starting families or retired people, he said.

Not all trends fit into the life-stage category, however.

“Is this a life-stage trend or is it something that is truly transformationally different about a specific generation?” Portalatin said.

Declining meal occasions fits well in the life-stage-driven category as baby boomers age and eat less. The other three trends, led by millennials and Generation Z, are more transformational.

Aging baby boomers are a demographic headwind for food and beverage consumption, Portalatin said. People’s metabolism changes as they reach retirement age, causing them to eat less. He gave an example of grandparents sharing a meal at restaurants. Annual meal occasions per capita dropped 3.8 percent to 1,473 in 2018 from 1,532 in 2008, according to The NPD Group, Port Washington, New York. 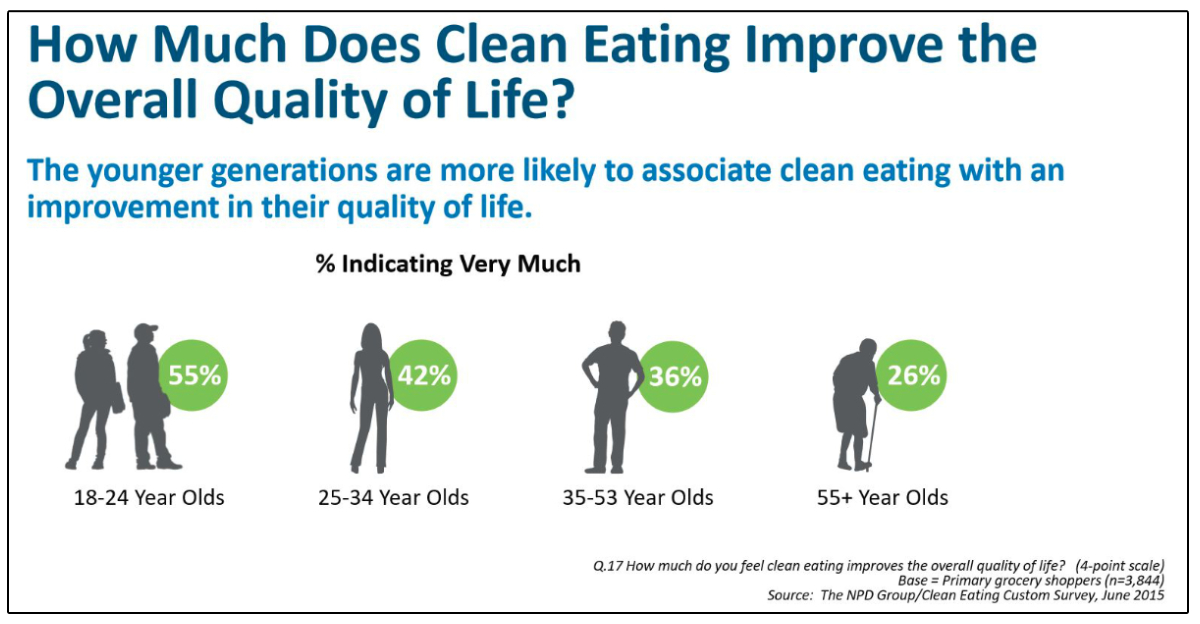 “Who is making those decisions?” Portalatin asked. “Millennial mom. That’s right, millennials are moms and dads now and increasingly so.”

Frozen food marketed as clean label could appeal to millennials, who are forming families and entering their peak career years.

“They value convenience, but they also value purity in the food supply, and they are increasingly seeing frozen as a pathway to that purity,” he said.

Younger generations are fueling a rise in digital ordering as well.

“Generation Z today, they are the people that can face-time their friends, text their mom and order pizza at the same time,” Portalatin said.

Adults under age 35 are almost 50 percent more likely to order groceries online using a mobile device. Digital ordering at restaurants has risen to 5 percent of total orders in 2018 from 2 percent in 2013, according to The NDP Group.

More online sales are happening in other industries. Forty-four percent of every dollar spent on consumer electronics is spent online. While packaged food ordered online makes up about 5 percent of the total packaged food category, one forecast says the percentage could reach 20 percent by 2022, Portalatin said. 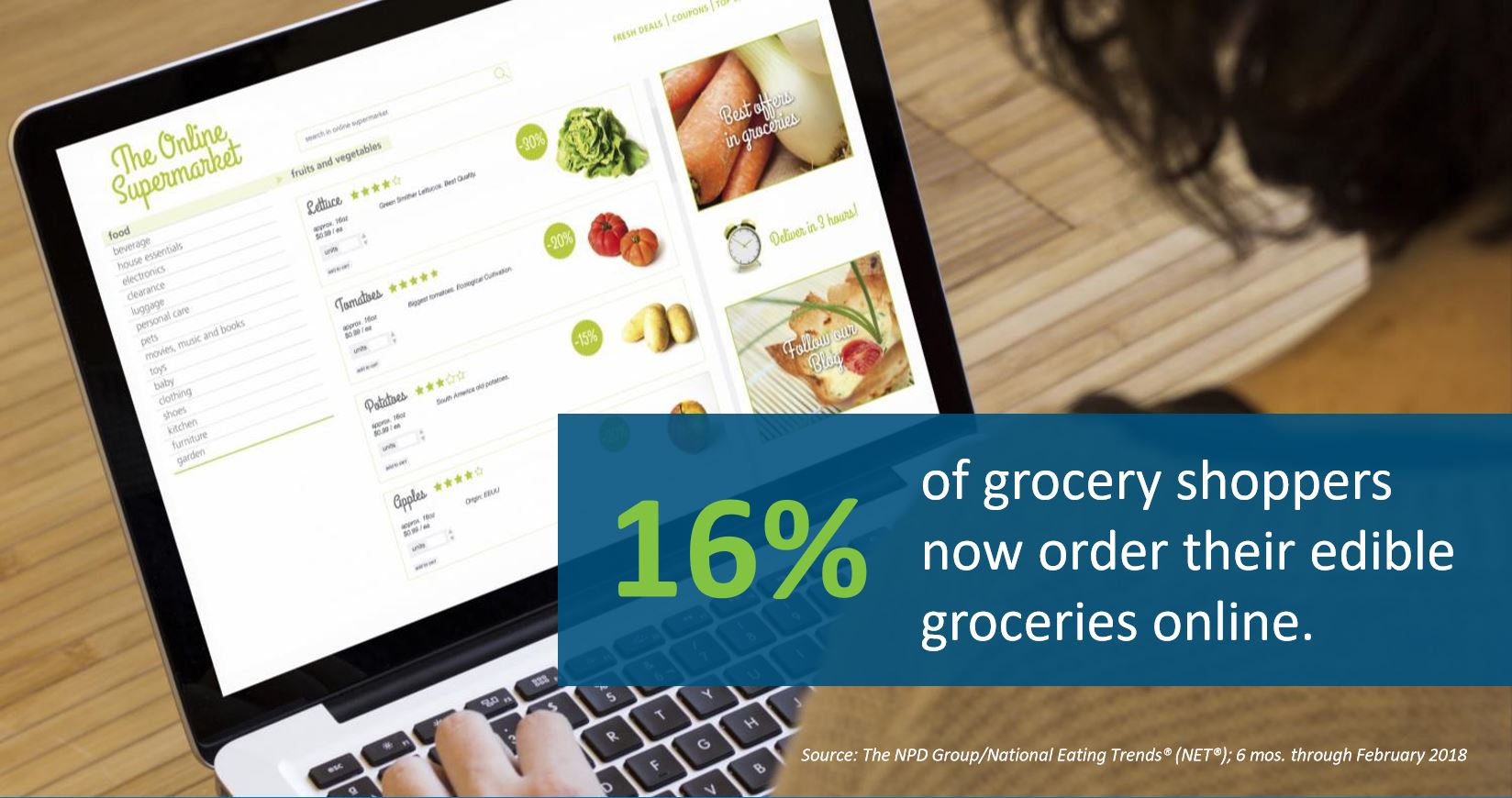 “What if the grocery space did go to 20 percent?” Portalatin asked “We don’t have to imagine the effect on brick-and-mortar. We can look at some of these other industries.”

Finally, the popularity of snacks is redefining meal composition. Eating occasions between meals rose to 429 per capita per year in 2018 from 410 in 2008, according to The NPD Group.

While snacks once were linked heavily to junk food, that thinking has changed. Now snacks provide nutritional boosts in busy days. Portalatin gave the example of his children eating lunch at school about 11:30 a.m., participating in after-school activities and then not eating dinner until 7:30 p.m. Such days need a snacking solution.

“They need something to sustain them from this point to that point that’s nutritious and they can carry with them,” he said. “How am I going to solve that problem? A lot of snack food manufacturers are solving that specific problem.”