We use cookies to provide you with a better experience. By continuing to browse the site you are agreeing to our use of cookies in accordance with our Cookie Policy.
Home » Packet protection for meat snacks

Although they might not command attention, the little packets inside jerky packages are vital for the product, as they help jerky last longer on the shelf while controlling mold and bacteria in the package.

These packets also can provide customers with peace of mind that the quality of the product is important with the investment in the packets in the packaging.

David Marinac, president of ABC Packaging Direct, home of StandUpPouches.net in Avon, Ohio, says oxygen absorbers are used in plastic pouch bags (like those used for beef jerky) to prevent the growth of fungi and microorganisms which can make the jerky unfit to eat. This is achieved by keeping oxygen levels inside packaging close to zero.

“Aerobic (those who need oxygen to survive) bacteria cannot live in an atmosphere devoid of oxygen. So, a lack of oxygen prevents the beef jerky from rotting,” he says. “For manufacturers and consumers, this means fresher beef jerky which means a longer shelf life.”

Andrew Tice, president of PackFreshUSA, Ontario, California, warns jerky should be packaged with an oxygen absorber, not a desiccant, and people often get the two confused, though they are very different. A desiccant buffers the moisture level while an oxygen absorber removes oxygen.

“Oxygen causes oxidation, which results in oils and fats becoming rancid, color and nutritive changes, and staleness,” he says. “When you remove the oxygen from a package you both eliminate the effects of oxidation and prevent growth of oxygen-dependent organisms like mold and bugs. This is the principle behind vacuum-sealing and gas flushing as well, but these methods only reduce the exposure of a product to oxygen whereas an oxygen absorber will effectively eliminate all oxygen, (<0.01 percent) leading to much longer and more effective preservation.”

Therefore, it’s important to choose an oxygen absorber that is the right size for a package and choose packaging that can keep oxygen from returning the package over time. It doesn’t help much to remove the oxygen from your packaging if it can come right back in, so you also need a heat-sealed pouch made from a barrier film with a low oxygen-transmission rate. 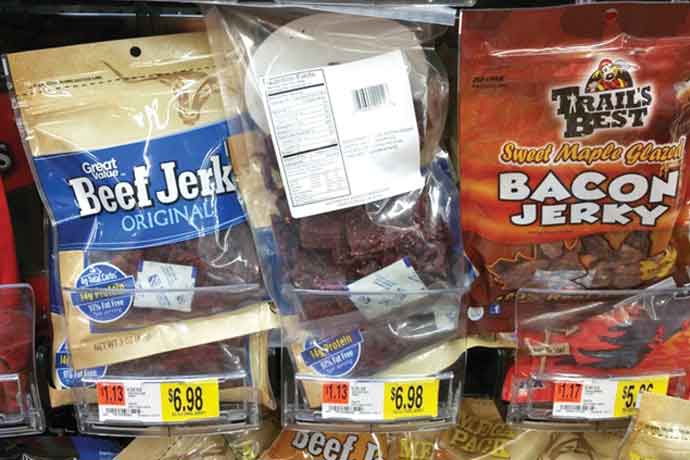 Tice explains an oxygen absorber is like a sponge, and you need one with enough capacity to absorb all the oxygen in your package. Essentially, oxygen absorbers are iron powder that “rusts” becoming iron oxide. They trap available oxygen from the environment, which leaves an oxygen-free atmosphere inside the packaging.

They are not “air absorbers,” so although you may notice a decrease in the volume as the oxygen is absorbed, the rest of the “air,” mostly nitrogen, will remain.

“Oxygen is roughly 1/5th of air, so if you have 500 ccs of air in your packaging, a 100-cc oxygen absorber will clear the oxygen from the package,” he says. “We are happy to help our clients figure out the size they need for their package size.”

Dale R. Woerner, Cargill Endowed Professor in Sustainable Meat Science at Texas Tech Univ. in Lubbock, Texas, says despite the fact that there are advanced packaging technologies available, the industry has yet to find one with 100 percent efficacy that removes oxygen.

“We can get down to less than 0.10 percent in a package with some of the very best technology, but these oxygen scavengers are able to get us below 0.01 percent,” he says. “With the ability to do that, we drastically improved the ability to store shelf-stable products – like jerky – without any level of oxidation in that package.”

When choosing this for jerky packaging, Marinac says basically one needs to consider how large the bag is vs. how much oxygen needs to be absorbed and how large of an amount of oxygen absorber should be used. (How many grams, bag dimensions and percentage of oxygen absorbed).

The package material of the oxygen absorber is usually composed of a type of plastic film or non-woven coated material that is food safe. The raw materials used are traditionally: iron salts (iron oxide), yeast, palladium catalysts, sugar alcohol/glycols, sulfites and even boron. Depending on the type of food product and safety or oxygen absorption properties needed, a raw material is chosen based on speed, safety and best fit.

In 1965, oxygen absorbers and scavengers were invented in Japan utilizing reduced iron salts. Later as this methodology expanded into Europe and the United States in the 1970s, the technology improved along with new methods and raw material types.

The concept of using oxygen absorbers in jerky packages was first commercialized in the late 1970s. Since then, they have been widely used in Asia, but it wasn’t until the 1990s that they started to be used in the US.

“By the 1990s and into the 2000s all kinds of methodologies have been developed and tried along with the original iron salt formulation in various formats,” Marinac says. “Strides continue to improve with regards to the raw material being more environmentally friendly, more effective, longer lasting and safer.”

Within the past decade, oxygen absorber use has increased dramatically.

Virtually all jerky companies have switched over to oxygen absorbers due to their superior effectiveness, affordability and ease of use.

“There have been a few improvements fine-tuning the formulation, production, and the nylon sachet, but for the most part they have not changed much,” Tice says. “Greater availability and improvements in flexible packaging have helped bring the oxygen absorber into more wide-spread use, but I think the recent explosion in popularity has been primarily driven by their effectiveness as more and more industries are discovering oxygen absorbers are the best way to preserve their products.”

The technology works today by using a breathable packaging material and inserting the oxygen absorber during the packaging process after several tests are conducted given customer requirements and packing dimensions.

Oxygen absorbers can greatly increase the storage time and preserve freshness of many products such as jerky, without the use of chemicals or additives. 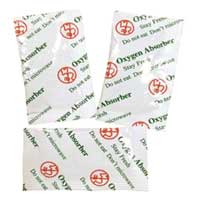 In addition to being more effective than other methods, they are also very easy to use in both high-volume packaging or a home kitchen. Automated dispensers are available for production lines, but a one-person cottage food operation can also easily do their own packaging with no special equipment other than a hand-operated impulse sealer to heat-seal the pouches.

“The most commonly used oxygen absorbers contain an iron carbonate formulation along with a tiny amount of entrapped water that allows them to activate in dry conditions,” Tice says. “Iron-free oxygen absorbers that use ascorbic acid instead are available, and usually used because they will not set off a production line metal detector.”

Although oxygen absorbers are gaining popularity for preserving many food products, virtually all jerky companies have switched over to oxygen absorbers due to their superior effectiveness, affordability and ease of use.

“Oxygen is very destructive to food products, directly and indirectly, and that is why completely removing it has such a dramatic effect,” Tice says. “Oxygen absorbers prevent contamination from mold, bugs, worms, and all other aerobic organisms. They also prevent lipid oxidation in jerky which leads to rancidity, discoloration and flavor defects.”