We use cookies to provide you with a better experience. By continuing to browse the site you are agreeing to our use of cookies in accordance with our Cookie Policy.
Home » US sees slide in corn, soybean estimates for October

US sees slide in corn, soybean estimates for October

The average soybean yield based on Nov. 1 conditions was forecast at 52.1 bus per acre, down 1 bus from September but up 2.8 bus from 2017. Harvested area was forecast at 88.3 million acres, down 5,000 acres from October and down 1.2 percent from last year.

In its World Agricultural Supply and Demand Estimates report, the USDA lowered its projection of US 2019 corn carryover by 4.3 percent from October to 1,736 million bus as lower production more than offset forecast 2018-19 declines in feed and residual use and exports.

But the USDA raised its forecast of 2018-19 global corn ending stocks by a whopping 93 percent to 307.51 million tonnes, due to significant increase for China. 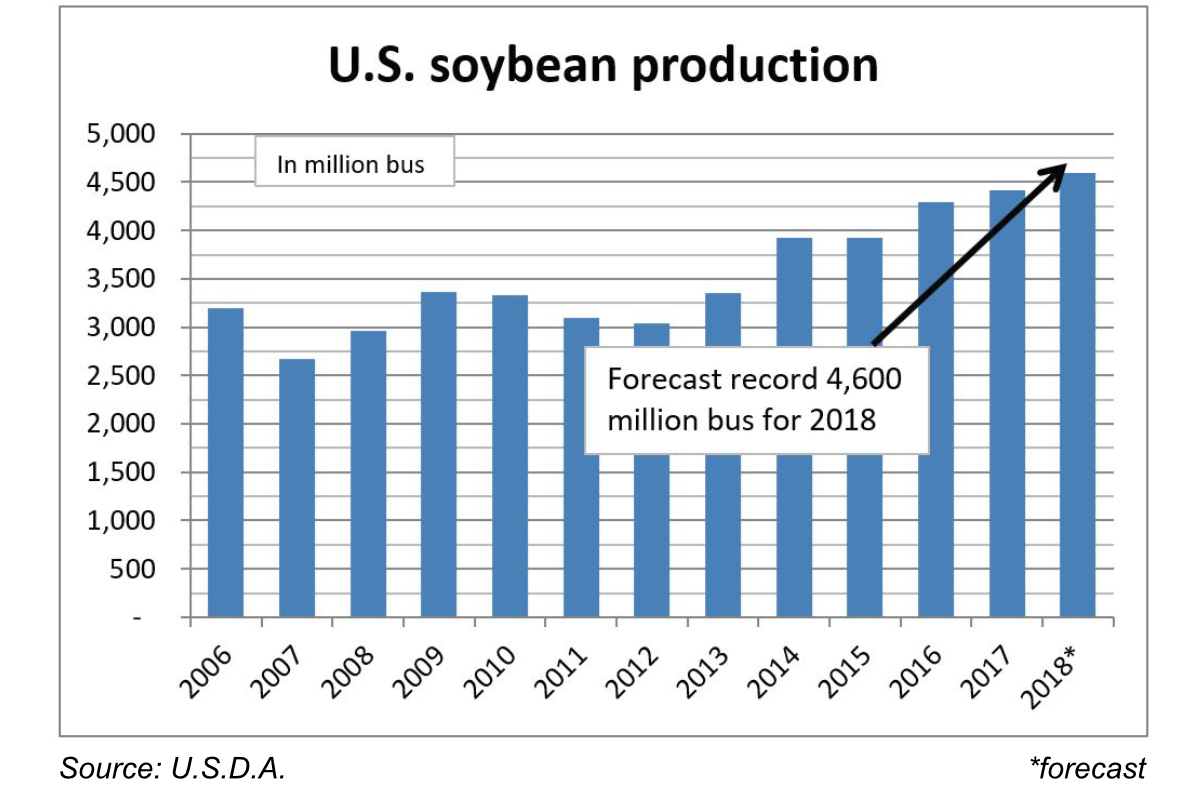 The USDA in its WASDE report raised its forecast of US 2019 soybean carryover by 8 percent from October to 955 million bus and raised its global ending stocks forecast by 1.9 percent to 112.08 million tonnes. The lower US carryover was the result of forecast lower exports, seed and residual use more than offsetting lower production and higher crush in 2018-19.

The USDA US corn carryover projection was below the trade average, but the soybean forecast was above. The USDA global ending stock numbers for corn and soybeans both were well above the range of trade expectations.

Chicago corn and soybean futures traded lower after the reports.