Deputy Undersecretary for Food Safety, Sandra Eskin, is a lawyer who has always wanted to help make sure that the food supply in the United States is as safe as possible for American consumers.

She has served in the position for the past year-and-a-half, appointed in March 2021. She leads the Office of Food Safety at the US Department of Agriculture, overseeing the Food Safety and Inspection Service, the agency with regulatory oversight for ensuring that meat, poultry and egg products are safe, wholesome, and accurately labeled.

Before coming to USDA, Eskin was the project director for Food Safety at The Pew Charitable Trusts in Washington, DC, a position she held since 2009. She also served as the deputy director of the Produce Safety Project, a Pew-funded initiative at Georgetown University.

She spent nearly 20 years as a public policy consultant at numerous consumer advocacy and public interest organizations, in particular food and drug safety and has been a member of federal advisory committees, including meat and poultry safety and inspection, and foodborne illness surveillance. She has worked with the AARP and the Center for Science in the Public Interest.

“Congress created the Office of Food Safety at USDA in 1994,” Eskin explained. “Food safety is the focus of my work as the deputy undersecretary, providing leadership and vision of what can be done to achieve food safety. Our role is to oversee FSIS and implement policies to help make poultry, meat and eggs as safe as possible for the American public.”

Eskin is heavily involved in a new USDA proposal announced last month – major changes in the way chicken and turkey meat is processed in plants, to reduce illnesses from Salmonella.

“To prevent Salmonella outbreaks from poultry, USDA is proposing a regulatory framework that would include testing incoming flocks of chickens and turkeys for the bacteria, require enhanced monitoring and sampling for Salmonella during processing, and establish a maximum level of bacterial contamination allowed in products to be sold,” Eskin said.

FSIS conducted a public meeting this month with stakeholders to receive reaction to the plan. She said at this point, FSIS is talking about a proposed notice of determination that Salmonella is a problem in specific poultry products.

“It is not rulemaking. It is a preliminary document. We are talking to NCC (National Chicken Council), we met with them this week. They need to share the science in the data, and we know that data sharing can be dicey. It is very important for industry and other affected stakeholders to make comments about proposals, give us feedback. That is why we have public meetings.” 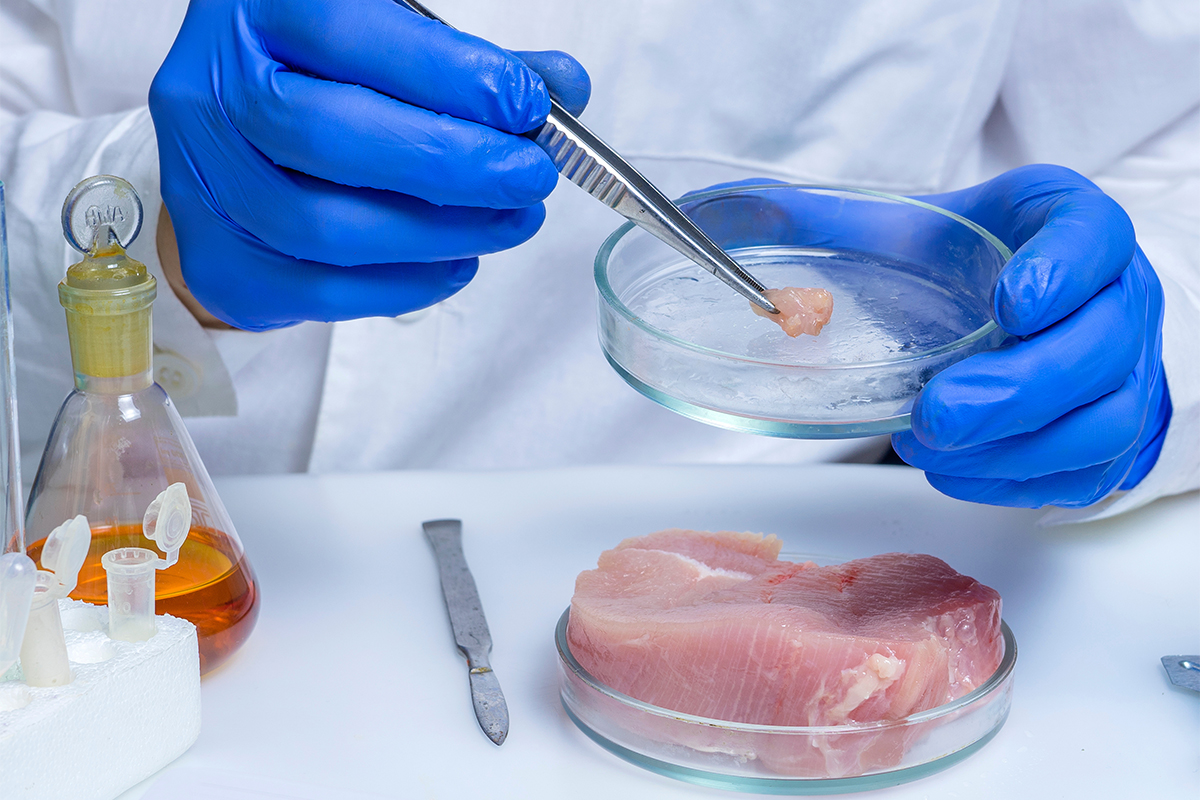 Eskin believes the US food supply is safer due to industry practices and technical policy that is continuing to evolve as well as effective meat inspection and increasing collaboration between industry stakeholders. (Source: Michael - stock.adobe.com)

In 1994, USDA took a similar step by declaring some E. coli strains as a contaminant in ground beef and launched a major change in meat and poultry inspection and food safety efforts, with HACCP food safety plans required for the industry.

Eskin helps oversee FSIS and the functions it carries out for industry and consumers, including implementing inspection and food safety policies, creating notices to help both poultry and meat inspectors in their work, and the meat and poultry establishments that are subject to inspection and the regulations that govern their operations.

“FSIS sets policy and operates a robust inspection force and program, which has become more sophisticated over the years, geared to consumer protection and public health,” she explained. “We also provide assistance to small and very small plants in the meat and poultry industry, so they are able to comply with the rules and regulations that come from the agency,” she said.

Over the years, Eskin has also written numerous articles and reports on the many topics that deal with food safety. And while joining the Pew Charitable Trusts in 2008, she got to know all the stakeholders in the meat and poultry industry, as well as the policies and science that play a major role in the food industry.

“That was very rewarding and important to me. In working for an organization like Pew, we were able to ask questions about what the government should be focusing on in food safety. In my view, food safety is way up there – the most important is that products that are contaminated and would make people sick should not be sold.”

Eskin believes that advisory committees to USDA play an important role in the food safety process. In the past, she served on several, including the USDA Advisory Committee on Meat and Poultry Inspection.

“These committees advise the Secretary of Agriculture and are great mechanisms for helping food safety efforts. They are made up of outside people who interact with a wide range of stakeholders – industry, consumer groups, academia, and others. We get a lot of great input from these advisory committees, and the discussions are held in a way that non-scientists can understand,” she said.

The importance of food in people’s lives got Eskin interested in food safety.

“I love food, don’t we all?” she said with a laugh. “Nutritional labeling was my entry point. But once I got in, and then into making sure food is as safe as possible for people to eat, I was hooked. I learned that foodborne illness is not just a tummy ache. I soon realized that food safety here and elsewhere is an acute problem.”

The seriousness of food safety, in her view, evolved in the 1990s, with the development of HACCP food safety plans for meat and poultry, and the advancement of testing technologies.

“The most important thing, I think, is that industry takes the safety of their products very seriously.”

She also strongly believes that food safety is not political, it is a non-partisan issue.

“All people can get sick; it doesn’t matter what political party you’re registered with,” she said with a twinkle in her eye.

The deputy undersecretary also believes that the organizations working on behalf of food safety, like industry trade associations, companies, government agencies, colleges and universities, and scientific and technical companies, are doing a good job. And she thinks the American food supply, including meat and poultry, is becoming safer due to industry practices and technical policy that is continuing to evolve, meat inspection, and increasing collaboration between all the stakeholders involved in food safety.

“But pathogens are smart,” she said. “We need to keep up with the bad bugs.”

Agencies Health and Wellness People Food Safety US Dept. of Agriculture
Subscribe to Our Newsletters