We use cookies to provide you with a better experience. By continuing to browse the site you are agreeing to our use of cookies in accordance with our Cookie Policy.
Home » Now trending: product claims

Organic, all natural, grass-fed, free range – a growing number of consumers are on the lookout for meat and poultry products bearing these label claims, and it’s not because conventional items are in scarce supply.

Market research firm IRI found that the meat section of grocery stores benefited from having premium products in the mix, and product claims such as 100% grass-fed did exceptionally well in the premium category. And the 2022 Power of Meat study released earlier this year found that nearly seven in 10 meat shoppers, or 69%, purchased meat with label claims in the past three months. Thirty-four percent said they were specifically looking for the claims versus availability dictating their choice.

“While market conditions are still affecting available choices across conventional and production claims-based meat,” the study said, “this constitutes an increase of six percentage points in the group specifically looking for the various attributes.”

Meat raised without antibiotics already represents 10% of sales, and 44% of consumers said they would like to see more meat raised without added hormones, according to the study. Claims surrounding all natural and grass-fed remain popular as well.

The findings were positive news for meat companies like Woburn, Mass.-based Verde Farms, which specializes in 100% grass-fed beef since the company was founded in 2005. For Dana Ehrlich, founder and chief executive officer of Verde Farms, the study provides more evidence that the market for meat is moving in the direction of better-for-you products in general and the power of brands. It’s also signaling positive intent by consumers wanting to take care of themselves and the environment.

“I think what’s driving the plant-based market was always in my mind, the consumer wanting to do the right thing,” Ehrlich said, by choosing better-for-you products. “There’s certainly a group that just doesn’t want to eat animal protein; and we’re never going to cater to that market. But people that want to do right by the farmers, the animals, the land, the planet, and themselves are all attracted to this better-for-you space.”

MEAT+POULTRY caught up with Ehrlich to discuss trends in claims-based meats and how Verde Farms is making the most of them to strengthen the brand.

MP: What are your thoughts about the trends in claims-based meats and consumer perceptions of products in the space?

Dana Ehrlich: There’s a lack of understanding about what the supply chains and attributes really mean. And by the time you go one step further the end consumer who wants to do the right thing is not going to spend hours and hours doing research.

And you compare that to the store brands where they might have a few of the attributes on the package, but it stops there. It’s a label, not a brand. And we’re making a lot of investments across all different facets to really explore and develop the Verde brand.

MP: How are claims-based meats fairing in this inflationary environment?

Ehrlich: Inflation’s everywhere. If I look back over the last two years when we had the first wave in Q2 of 2020. I mean, there was nothing on the shelf, and if you had any meat and finished goods that could get out the door, you could find a home for it. And I think there was a benefit that consumers who would have never tried any better-for-you product, suddenly didn’t have a choice. And there was a spike in sales.

It’s good for the category but that’s a short-term blip, and the trick is to convert that into long-term sustainable programs. We had that again, I would say, in January a little bit of February this year, where, you know, we had a week in January where sales were up 70% above our forecast. That has settled back down. But you’ve seen these supply chain issues where you just don’t have product on the shelf in certain cases.

We’ve moved past, I’d say a lot of the baseline supply chain issues. And for the most part, we’re now in a demand-driven scenario where demand is just outpacing where we were a couple of years ago. And that’s obviously affecting everything from ocean freight to trucks to fuel to every single commodity under the sun; and our costs have gone up, our pricing has gone up, as well and you’ve seen that across the board.

What’s been interesting is that even in the face of higher costs for the consumer, that demand has really not decreased and that’s across the board. So, certainly some people will be making trade-offs, but we haven’t seen really any decrease in demand.

MP: Supermarkets are still the place to go for shoppers to buy their meat and poultry products, but buying meat online, not so much. What are your thoughts about that?

Ehrlich: Our own data supports that while grocery remains strong, other channels, including online have remained strong. We’re the exclusive organic beef supplier to Amazon Fresh and Amazon Prime, and that business has grown tremendously in the last two years. So, that has completely transformed and accelerated that portion of the market and other channels. In the club channels, we have a very large program with Costco. And I think the other thing that I’ll mention is the shift from restaurants back to non-foodservice and all the various things and people wanting steakhouse quality meals and the continued rise of value-add and not just doing the same thing every day.

We are for instance, about to launch a steakhouse burger at BJ’s, going on the trend of having things that are elevated, more like a restaurant, easy to prepare at home on the value-added side. 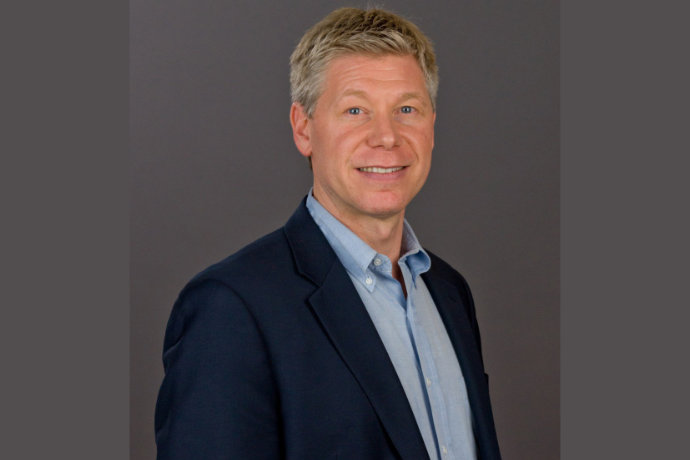 Value-added meat products gained traction among busy consumers looking to save time before the pandemic, but that trend didn’t change much during the pandemic. The 2022 Power of Meat study found that among the 66% of shoppers who said they buy value-added meat and poultry products at least sometimes, 28% said saving time was the driver of their purchases. Superior taste was the second driver at 22%. Simply preparing something different was the third top reason at 20%.

MP: Will demand for value-added meats continue to grow? What’s driving the trend?

Ehrlich: I have a wife and two kids, and it seemed like when the kids were home, it was busy in a very different way and tiring just as if they were back at school and lots of extracurriculars.

People experimented a lot with nontraditional cuts. Instead of just buying filets, strips, ribs, or lines ground, people were buying anything on the shelf and lots of different kinds. So, I think there was more experimentation at home, and then there’s just a continued proliferation of value-added products.

We’ve been working on a line of marinades that we’re selling into club channels, including Costco and BJ’s. And so that’s really combining that desire for both better-for-you and value-added products. So, that elevated premium, but still convenient offering, I think is going to be a trend for the long run.