We use cookies to provide you with a better experience. By continuing to browse the site you are agreeing to our use of cookies in accordance with our Cookie Policy.
Home » Meat Perspectives: Good news from the grill

By Kerri Gehring and Jeff Savell

Healthful eating and barbecue are two words that seem to be at odds. Barbecue typically triggers visions of beef and pork slathered with sugary sauces and served in abundance, which do not portray an image most think about when it comes to “watching what you eat.” However, barbecue can still have a place in healthy diets, even for those concerned about making the right diet choices to maintain or improve their health. Today’s options offer more choices to those who love the great taste of barbecue.

Of all the diet/health concerns with barbecue, fat is usually at the top. Some of this comes from barbecue’s origins of taking the tougher and often fattier cuts of meat and slow cooking them to make them more tender and to render out some of the fat. For almost 50 years, animal fats have been blamed for multiple health problems, including the thought that the saturated fatty acids in meats were destined to clog arteries. This was focused on red meat, especially beef. But what is the real story about saturated fats and beef?

The good news about the type of fats found in beef is that about half of the fatty acids are monounsaturated with the most common being oleic. Oleic is the same one that is in olive oil. When people think about healthful foods to eat, olive oil is often at the top and is a major contributor to the Mediterranean Diet, which many believe is responsible for such great health outcomes for those who are from this region of Europe. The ratios of saturated to unsaturated fats in pork and poultry are even lower than in beef so the major concern about saturated fat consumption seems to be of lesser concern than what the historical image of these meats have been. 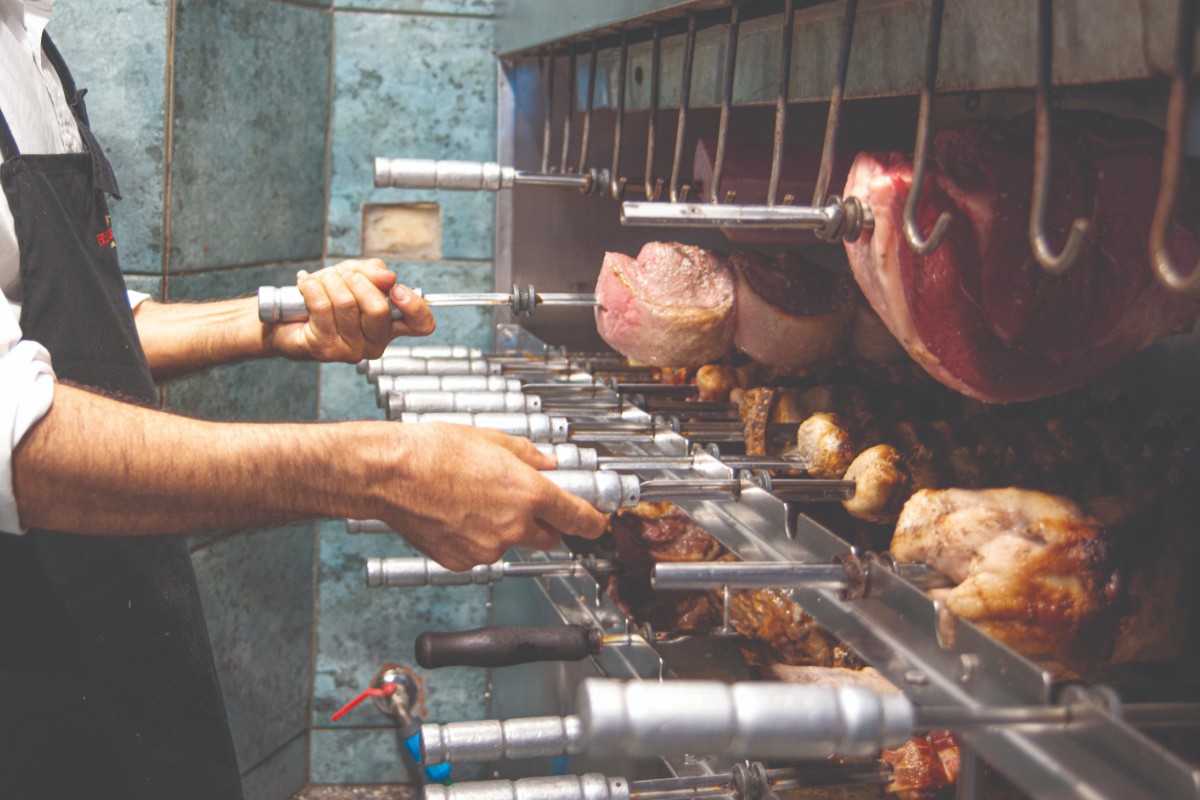 The Brazilian style of barbecue uses cuts such as the picanha which is from the sirloin. It is quite lean, full of flavor and popular among consumers. (Source: Adobe Stock)

The news about the type of fats gets even better for the beef brisket. Work at Texas A&M University using beef briskets compared to the flank and plate for ground beef production found that the briskets had even higher amounts of oleic fat than these other cuts. Therefore, brisket fat could be even more healthful for you.

Regardless of whether the fatty acid profile of meat is better than once thought, there are many people who want to reduce total fat consumption as a method for reducing total caloric intake. From a caloric standpoint, protein has four calories per gram whereas fat has nine. So, being mindful of fat in the diet may lead to reduced calorie consumption for those wishing to do so.

There are a variety of barbecue cuts that have lower fat options to consider. For beef briskets, the ordering sometimes is based on if the customer wants “lean” or “moist.” The “lean” comes from the flat portion of the brisket where the lean portion has very little intramuscular (marbling) fat. The “moist” comes from the point portion where its major muscle has quite a bit of intramuscular fat. Selecting “lean” versus “moist” brisket guarantees less fat, thereby, allowing customers striving to reduce fat and calories to have a great barbecue eating experience. 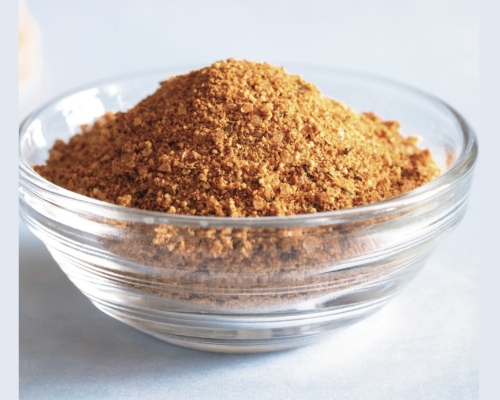 The longtime favorite of the West Coast is the beef tri tip. This is a lean cut that is usually oak smoked to a medium degree of doneness and sliced for sandwiches or for the protein portion of a plated meal. The Brazilian style of barbecue uses cuts such as the picanha (from the sirloin) and fraldao (bottom sirloin flap) that are quite lean, full of flavor, and popular. Poultry is also a great choice for lean options for barbecue. Restaurants are increasingly serving boneless turkey breasts that are not only lean but offer a lower price point than other cuts. Pulled pork from shoulders or whole hogs benefits from fat rendering during cooking and “pulling” so it is a great option and is found widespread at restaurants and retail establishments.

Mind the salt and sugar

Seasonings for most barbecue tend to be to be based mostly on salt and pepper with some paprika, garlic, and other spices used to add a characteristic flavor to it. Some mixtures will use some form of sugar mainly for pork cuts, but care must be taken with this because sugar can burn easily. If sodium intake is a concern, just remember that most of the seasonings are applied only to the surface making it easy to remove by cutting the outside off before eating. 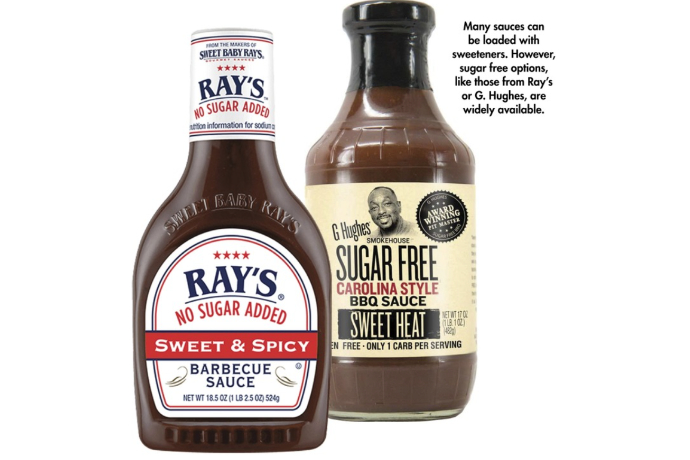 Of course, barbecue sauces must be part of the discussion on healthier barbecue. Many sauces can be loaded with sweeteners such as sugar, brown sugar, honey and/or molasses.However, the Carolina-based vinegar sauce and the Alabama White Sauce are two examples of great tasting sauces that have little or no sugar in them. The number of barbecue sauces sold at retail stores is increasing, and sugar free options, like those from Ray’s or G. Hughes, are widely available. Therefore, consumers can make purchasing decisions based on the nutrition label to fit their dietary needs.

Summer brings more time for spending time with family and friends, and barbecue is a great and easy option for mealtime. The popularity of barbecue is high, so, it is great to know that people have the options to enjoy great tasting products without sacrificing their waistline or blowing their healthy meal plans in doing so.