We use cookies to provide you with a better experience. By continuing to browse the site you are agreeing to our use of cookies in accordance with our Cookie Policy.
Home » Looking at the industry issues ahead

Looking at the industry issues ahead

Labor shortages in meat and poultry plants. New cooking and cooling guidelines for meat and poultry processing. Steps to reduce Salmonella. Biden administration accusations tying industry consolidation to higher prices. Proposed changes in the Packers and Stockyards Act. These are just some of the issues that meat and poultry slaughterers and processors are facing during 2022.

The North American Meat Institute (NAMI) said proposed changes by a Biden administration executive order calling for the US Department of Agriculture (USDA) to change the Packers and Stockyards rules will hurt consumers and producers.

“Government intervention in the market will increase the cost of food for consumers at a time when many are still suffering from the economic consequences of the pandemic,” said Mark Dopp, chief operating officer and general counsel for NAMI. “These proposed changes will open floodgates for litigation that will ultimately limit livestock producers’ ability to market their livestock as they choose. These proposals have been considered and rejected before and are counter to the precedent set in eight federal appellate (court) circuits.”

Help for small meat processors is coming with the approval of Appendix A & B guidelines for the safe cooking and cooling of meat and poultry products, said Chris Young, executive director of the American Association of Meat Processors (AAMP). The association asked for a delay in these guidelines five years ago and has been working ever since with an industrywide working group and university meat extension professors to base them on science. They will be used mostly by small processors, although any size company can make use of them.

The industry will employ these guidelines to comply with USDA regulations for heat-treated ready-to-eat and not ready-to-eat products and has until Dec. 14 to comply. Many smaller processors are already using them. AAMP is developing an online seminar to train processors on the guidelines’ use, including a focus on specialty items such as large hams, which many companies process.

A high priority for the industry this year is reducing Salmonella, at the direction of USDA, which is looking for a 25% drop in illnesses. While much emphasis is on Salmonella in poultry, “it will get around to the red meat side as well,” NAMI’s Dopp predicted.

While FSIS plans its approach, the National Chicken Council has been participating in roundtable discussions with the agency, said Ashley Peterson, PhD, senior vice president of scientific and regulatory affairs for the Council. “It is too early in the process to say how processors and growers will be affected. We have agreed to participate in pilot projects to help inform rulemaking.”

She noted while Salmonella prevalence continues to decline, illnesses have not, and so NCC supports modernization, research, innovation and technology development to better look at these food safety challenges.

Another major issue the industry faces is avian influenza. “With the recent detection of Highly Pathogenic Avian Influenza (HPAI) in wild birds in the Carolinas and Virginia, the industry remains alert and vigilant with heightened biosecurity and testing,” Peterson said. HPAI has also been reported in a commercial turkey flock in Indiana. All flocks are evaluated year-round for avian influenza, and the United States has the most robust monitoring programs in the world.

“The industry has decided to pay more,” Dopp said. Starting wages at some plants are at $22 an hour, up from $14 several years ago. JBS and Tyson are looking to get more people into plants to stay. JBS is paying for community college for workers. Smithfield Foods has added five more universities to its scholarship program.

“We need a general labor skilled immigrant visa for the manufacturing industry to recognize that employer needs in industry are permanent in nature, not temporary,” Peterson said. “So, employees can become skilled and efficient, and sustain the rural areas where our poultry plants operate.”

H-2A visas are offered for jobs that are temporary or seasonal in which there are not enough US workers to do the temporary work – not what the industry is looking for – and wages of similarly employed US workers won’t be affected.

On Jan. 31, the US District Court for the District of Columbia granted USDA’s motion and remanded for reconsideration the poultry line speed waiver program, according to an FSIS spokesperson. The court stayed the case for six months during which time the USDA will provide reports to the Court of the status of its reconsideration of the waiver program, the spokesperson said.

The program allows poultry plants to operate lines at a higher speed than those normally allowed by regulations. The National Chicken Council said the current waivers won’t be affected at all by the decision.

“Chicken line speed waivers are perhaps the most well-studied initiative in government, originating with the Clinton administration and receiving continued bipartisan support ever since,” Peterson said. “Years of experience has shown chicken plants operating under waivers produce food that is safe to eat and safe for the workers who produce it.”

She said NCC appreciates the recent court decision to keep waivers in place while USDA considers them further. “We hope the additional time affords the agency the time needed to determine a logical path forward.” 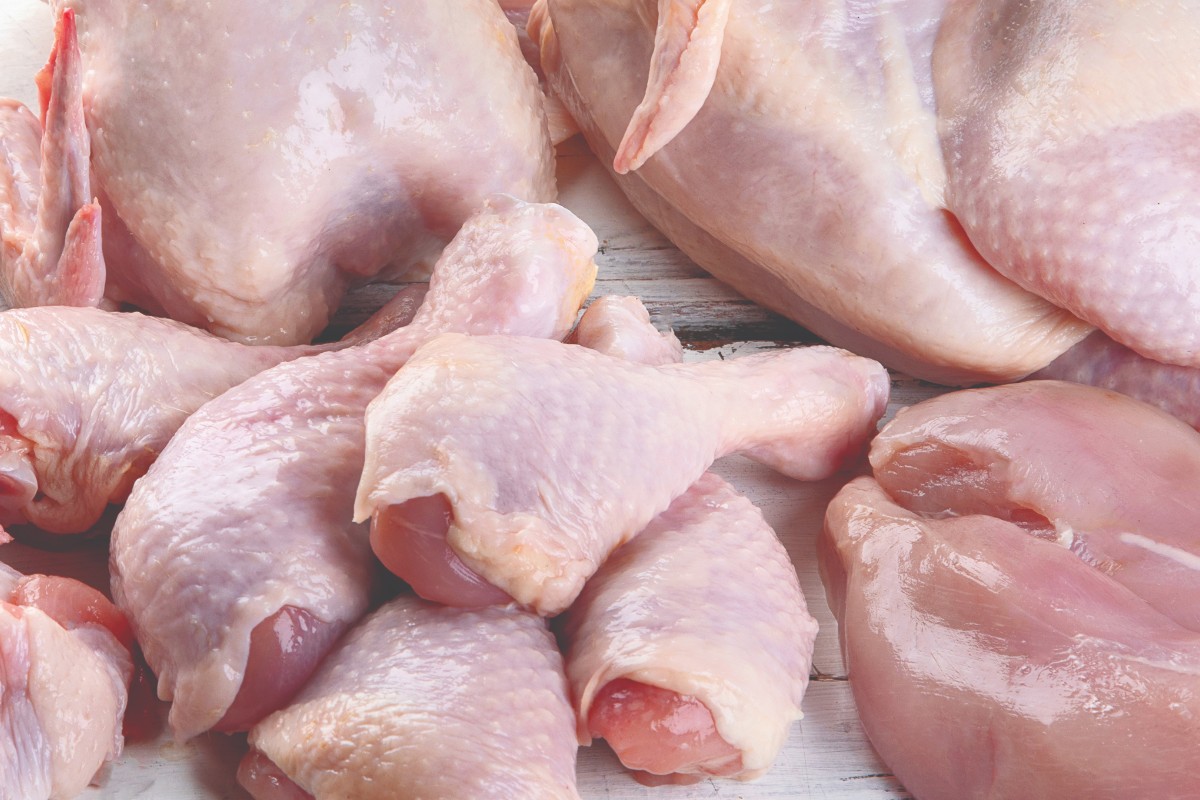 “The administration’s rhetoric has been surprising, given President Biden’s long history of support for the chicken industry, stemming from his 30-plus years as a senator representing Delaware, a state where chickens outnumber people and chicken is the number one agriculture commodity,” Peterson said.

One plan by USDA to fight what it sees as consolidation is a $1 billion investment to expand independent meat and poultry processing in the United States. The money comes from the American Rescue Plan that was signed into law last March.

AAMP’s Young is happy about this, because he sees it as an opportunity to get new people into career positions in small plants, not simply as line workers, and to help plants grow and expand.

“Penn State and Ohio State universities have started butchery schools, new careers for people learning how to be meat cutters and sausage makers,” he said. “A good influx of new young people into small plants will help ensure these plants are successful and give these workers lifetime careers.”

The growth shows itself in 175 new AAMP plant members last year, with 1,642 current members and growth every year except 2020.

The National Pork Producers Council (NPPC) and NAMI have supported the decision by a California Superior Court Judge to delay enforcement of Proposition 12, the state’s animal confinement law, until 180 days after final state regulations go into effect.

NPPC General Counsel Michael Formica applauded the decision, recognizing the need for additional time “to comply with the rule’s onerous, unconstitutional regulation, so the supply chain can continue to supply pork to California.”

“The decision is only a temporary reprieve,” he said. “If allowed to be fully implemented, Proposition 12 will cause catastrophic financial harm to America’s family farmers, driving many out of business, and undermining the overall global competitiveness of the US pork industry.”

Dopp said that enforcing the law without final regulations, already more than two years late, would leave the industry unsure of how to comply with it or what changes would have to be made to provide pork to the market. NPPC’s Formica added the law would force hog farmers to register with California, even if they are from other states, and require inspectors to check how pigs are housed on farms.

NAMI challenged the law in federal court going all the way to the US Supreme Court. The high court declined to hear NAMI’s case last June. NPPC and the Farm Bureau then petitioned the Supreme Court.

“We’re asking the Supreme Court to throw out the law as unconstitutional, it violates limits on states’ abilities to regulate commerce outside their borders,” Dopp said.

For weeks, the Supreme Court has been considering whether to take the NPPC and Farm Bureau case. “The 9th Circuit Court of Appeals said we have a viable case,” Formica said. “An announcement is expected soon.”