We use cookies to provide you with a better experience. By continuing to browse the site you are agreeing to our use of cookies in accordance with our Cookie Policy.
Home » Specialty Processing: Demand versus ethics

The foie gras industry has been challenged not only by the COVID-19 pandemic’s impact on restaurant and dining culture, but on a number of legal restrictions that aim to cut off the industry from the major markets where foie gras is most in demand. Domestic foie farmers are eyeing the export market to buoy sales.

Foie gras producers rely on the niche market of fine-dining restaurants worldwide to fuel demand for the delicacy. Yet, production of the fatty liver is essentially limited to only a few countries in Europe (mainly France and Hungary) and North America (Canada and the United States).

An outbreak of the highly pathogenic strain of avian influenza (H5N1) in Europe has led many major producers, especially in southwest France – the heart of foie gras production – to cull flocks of geese and ducks. The spread of the virus and concerns of its ability to possibly become transmissible in humans has led many countries to restrict imports of poultry products from regions affected by avian influenza.

North American foie gras producers are hoping to fill the void left by European producers and gain a foothold in the Asian and South American markets.

“The opportunity in the global market is about producing a quality product that is chosen over the competition,” said Todd Schmit, an agricultural economist at Cornell University. “The real arena of uncertainty is, in a post-avian flu era, can they maintain those market shares?”

Hudson Valley Foie Gras, one of the main US producers, is hopeful that they can. Hudson Valley works in a cooperative business model with a neighboring duck farm, La Belle Farm, in Sullivan County, NY. The two farms raise about 350,000 ducks a year and make up the majority of American foie gras produced domestically. Production is not limited to foie gras though, the duck meat is sold as retail products, the bones are used for pet food and even the feathers are sold as down for bedding and clothes.

In an effort to diversify, Hudson Valley exported 10% of its production last year to Asian customers. Canadian foie gras producers are reportedly filling orders for Central and South American consumers.

If trade restrictions on European foie stay in place, North American producers can maintain a customer base internationally. Yet, the higher cost of production North American foie producers face puts them at a competitive disadvantage to European companies who have larger farms in France and lower labor costs in Eastern Europe.

“When your focus is domestic, you move from domestic competition to a global marketplace and you’re going to face global competition,” Schmit said.

During the height of the pandemic in 2020, restaurant closures and social isolation caused Hudson Valley to lose about 75% of its business.

The minor shift in focus to the export market helped offset the losses that were incurred from lower demand in the American restaurant sector, Hudson Valley’s farm manager Marcus Henley said. 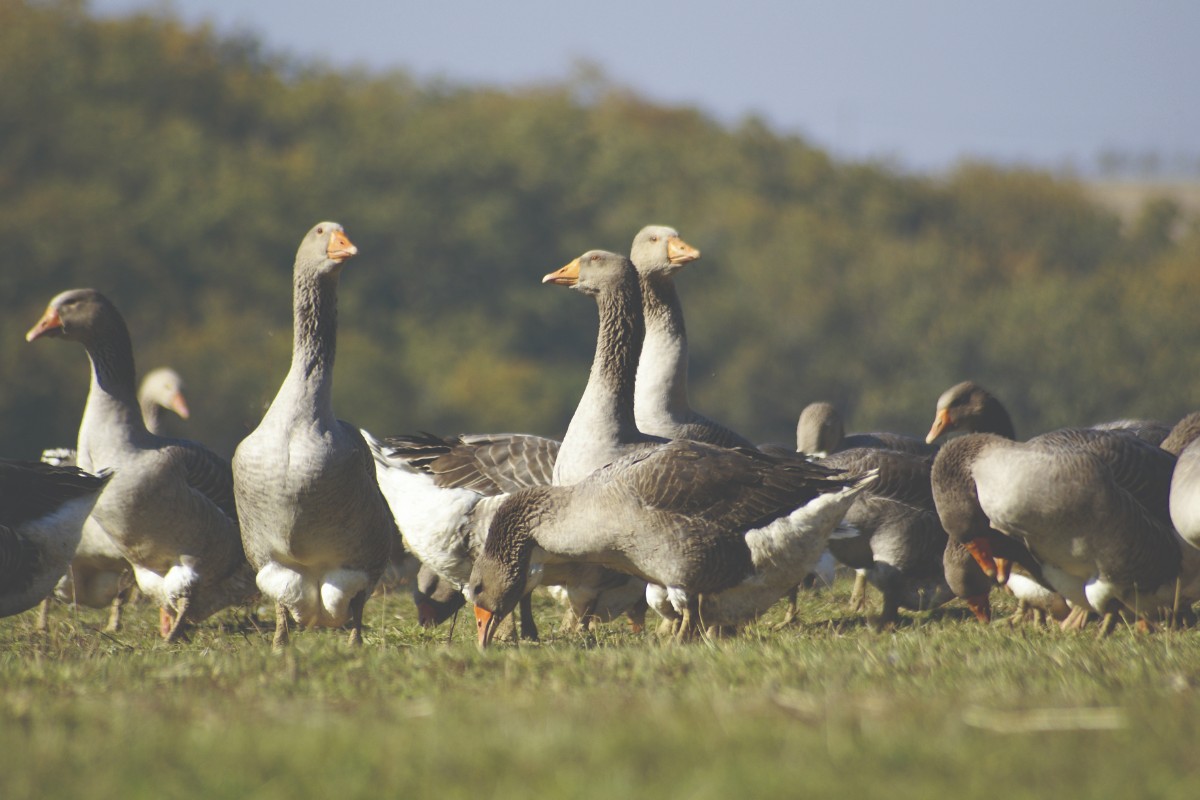 Demand has rebounded gradually in 2021. The second half of the year was strong as the country reopened and people began dining out again. That’s not to say that there still aren’t challenges ahead.

“The challenge now is the same challenge that everybody else has. Corn (prices) are up over 80%,” Henley said. “In addition to the legal challenges, we have inflationary pressures, supply chain issues and trying to find people to get the work done.”

The looming threat that hangs over the North American foie gras industry comes in the form of a New York City Council ban on the sale of foie gras. In November, the law goes into effect, essentially to shut down the industry’s largest domestic market for fatty duck liver.

For nearly 10 years, the industry has been locked in a prolonged legal battle with California over foie gras sales in the state. The litigation of California’s foie ban has been implemented and struck down by the courts over the years.

Not being able to sell to California restaurants cuts out a huge market for foie gras purveyors.

“Our foie gras is not really present in California except direct-to-consumer through the website,” said Ariane Daguin, chief executive officer of Union, NJ-based D’Artagnan Foods.

D’Artagnan is a specialty food company that offers many products used in traditional French cuisine, including foie gras. All the duck liver the company sells is sourced from domestic farmers, primarily in Sullivan County, NY.

D’Artagnan sells about 16% of its foie gras in New York City and, as a whole, foie gras represents about 8% of the company’s sales.

Losing the New York City market would “not be the end of the world, but it would not be pleasant,” Daguin said.

The California legislation and the short-lived ban in Chicago that was repealed two years after it was enacted in 2006 became the models for the New York City ban.

Any of the legal claims that foie farmers have used in the past have been fixed by the language in the New York City ban, said Matt Dominguez, political advisor for Voters for Animal Rights. “We’re incredibly optimistic that this will not only go into full effect, but it will withstand any attempts by the industry to overturn it.”

Animal rights groups claim that the cultivation of ducks for foie production is inhumane and should be abolished. Activists say that the practice of force-feeding the birds to enlarge their livers causes stress and unnecessary harm to the birds including damage to the esophagus, organ failure and a high mortality rate.

Groups like Mercy for Animals and Voters for Animal Rights, see the New York City legislation as a big step to push foie production out of the United States.

“There are numerous other areas like Rhode Island, Portland, and a few other cities that are either looking at or have made considerable strides into also banning the sale of foie gras,” Dominguez said.

American foie producers seem equally as confident that they will be able to overturn the New York City legislation.

At Hudson Valley Foie Gras, Henley continues to raise ducks and produce foie gras for domestic consumers. Expanding the farm’s reach in the international market helps keep production going but he continues to keep an eye on what is happening 100 miles south in New York City. He said he is 70% confident that the ban will not go into place in November.

“But that 30% certainly is something to be very concerned about,” he said.