We use cookies to provide you with a better experience. By continuing to browse the site you are agreeing to our use of cookies in accordance with our Cookie Policy.
Home » Maple Leaf Foods’ bacon offerings

MISSISSAUGA, ONTARIO -- If bacon is (arguably) the most popular meat on earth, wouldn’t you want to make enough kinds of bacon to satisfy everyone?

That’s the philosophy at Maple Leaf Foods, where eight different brands of bacon are produced, including bacon unique to Canada.

And while making enough types of bacon to do that might be a lot to do, Casey Richards, Senior Vice President, Marketing & Innovation, said the company accomplishes that goal. “Throughout our history, bacon has been a signature product for us,” Richards said. “Today, bacon is one of our top two product categories, rivaled only by hot dogs.”

Making Maple Leaf an even bigger player in the world of bacon is the opening two months ago of the company’s new Bacon Centre of Excellence by means of a $182 million expansion at the Lagimodiere plant in Winnipeg, Manitoba. “This expansion will increase our capacity to produce precooked bacon, a product for which we see strong demand,” Richards explained.

Maple also uses its strength as a vertically integrated company to raise a large percentage of the pigs that provide the raw materials to make its bacon. “We control the health of our pigs and the quality and safety of the pork they produce,” Richards pointed out. “We are also well-known as the number one provider of raised without antibiotics pork in Canada, and as a leading North American provider of gestation crate free pork.”

The array of bacon products Maple Leaf Foods makes under eight brand names satisfy a variety of different customers, consumer preferences and nutrition needs, he said. “Canada is such a large and diverse country, with many consumers who want something different. The company makes many bacon products that are time-tested staples for consumers. But we also use our research-and-development know-how to continue to innovate in the category,” Richards said. 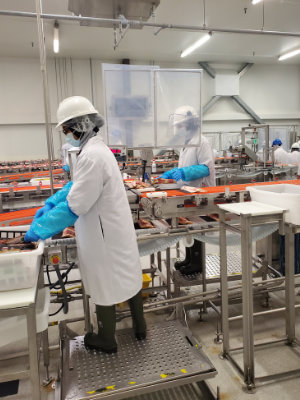 “Consumers looking to impress while entertaining value our Schneiders Butcher-Cut bacon. We start with the best pork belly, crafted with care with no short cuts, we cure it with salt and smoke it. Consumers who value pork from pigs raised without antibiotics show increasing interest in our Greenfield brand, which goes above and beyond industry standards, animals raised in a more natural way, with the highest standards of animal care and sustainable practice,” Richards said. It’s gluten and dairy free. And consumers seeking to reduce sodium in their diets can choose our reduced sodium products.”

Maple Leaf also offers peameal bacon, a unique, “real” Canadian bacon, not what Americans call “Canadian bacon.” “What is typically referred to in the U.S. as “Canadian bacon” is really back bacon, which tends to be a leaner cut, produced from the loin of the hog instead of the belly, where traditional bacon is sourced,” Richards said. “Although many people outside Canada associate back bacon with Canada, belly bacon is the most popular type of bacon here.”

“But peameal bacon is unique to Canada. It is made from a pork loin that is cured, rolled in cornmeal and often times remains unsmoked,” is the way Richards described it. “The name ‘peameal’ came about because dried yellow peas were originally ground into a meal and backed around the loin,” he said. “Although today, we use cornmeal around the loin, the original ‘peameal’ name remains.”

“Peameal bacon on a bun is a signature dish of Southern Ontario. It’s a hearty, thick slab of lean cured pork that makes a satisfying meal, and its origins are closely linked to the St. Lawrence Market in Toronto. It’s wonderful to be a producer of this uniquely Canadian product,” said Richards proudly. 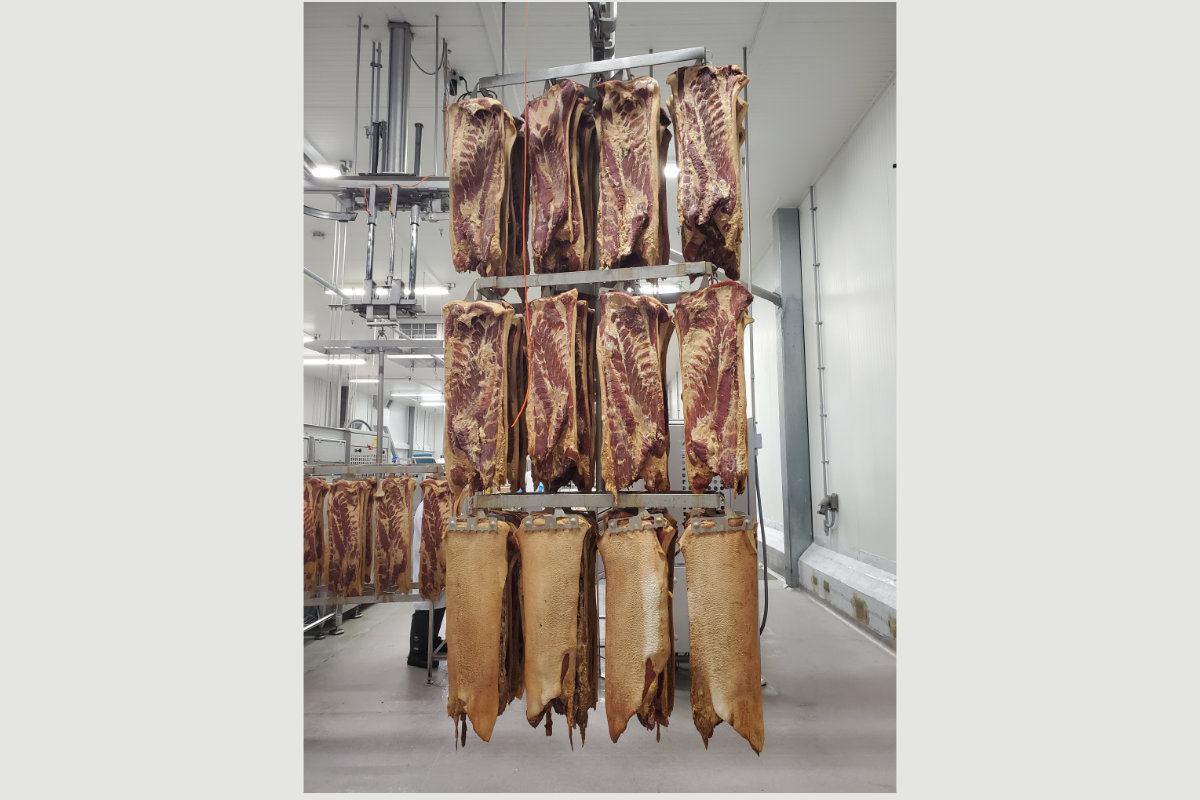 Other types of bacon that are found in Maple Leaf Foods brands, include Mere Michel Bacon in Quebec, Mitchell’s Bacon in Western Canada, Mina Bacon for Halal customers, and Swift and Deli Express for budget conscious Canadians.

“These brands, in addition to the flagships, ensures that everyone can have access to the bacon that meets their needs. We strive to have a bacon for everyone!” The company’s bacons include both retail and foodservice, including a retail fully cooked bacon strips and bits products.

Why the great popularity of bacon? Richards thinks of bacon as a comfort food that makes everyone feel good and captivates the hearts of children and foodies alike.

“Few foods create as distinct an   as bacon,” Richards said. “Let’s face it – bacon truly does make everything better. That’s why we produce such a wide variety of bacon products. The team that makes our bacon takes great care to ensure that every package that ends up in a consumer’s hand is delicious and safe. We are incredibly proud of the bacon we make.”