Enhancing the moisture content of meat and poultry – as well as their non-animal counterparts – is one of those necessary, albeit often controversial steps encountered in food manufacturing. Consumers want protein to be juicy and tender, but they don’t want to pay a hefty price per pound for a product containing more than half of something available for free from the tap.

The reality is that meat and poultry naturally contains about 70% water, with variations due to feed, species and muscle cut. During cooking, as much as 10% of that water may be lost; however, in the preparation of fully cooked meat and poultry, processors generally employ technologies to reduce water loss. With alternatives, fresh and fully cooked, water is No. 1. Ingredients and technologies are required in order to keep that water bound in the product.

Traditional approaches to enhancing moisture content of protein involve adding ingredients that assist with binding water. Processing technologies may also assist, and, as plant-based and cellular technologies advance, alternative approaches to moisture enhancement are being explored.

This includes the use of novel fat ingredients, such as those showcased at the New Food Conference, part of the educational portion of Anuga 2021, a biennial global food exposition held Oct. 11-13 in Cologne, Germany. Here, for the first time in front of a live audience, Israel-based MeaTech 3D, and its Belgium-based business unit Peace of Meat, sampled its breakthrough product: cultivated chicken fat. Made from chicken fat cells, the biomass was used as an ingredient in plant-based meatballs to give it desirable flavor and succulence. MeaTech believes such hybrid products containing real cultured animal fats combined with plant-based ingredients can offer consumers a meatier and moister experience than wholly plant-based meat products, representing a significant improvement in what currently exists in the alternative meat market.

But such technology is a long way off from commercial scale. For now, processors are focusing on best practices for manipulating protein structure to bind moisture to keep product safe and delicious. 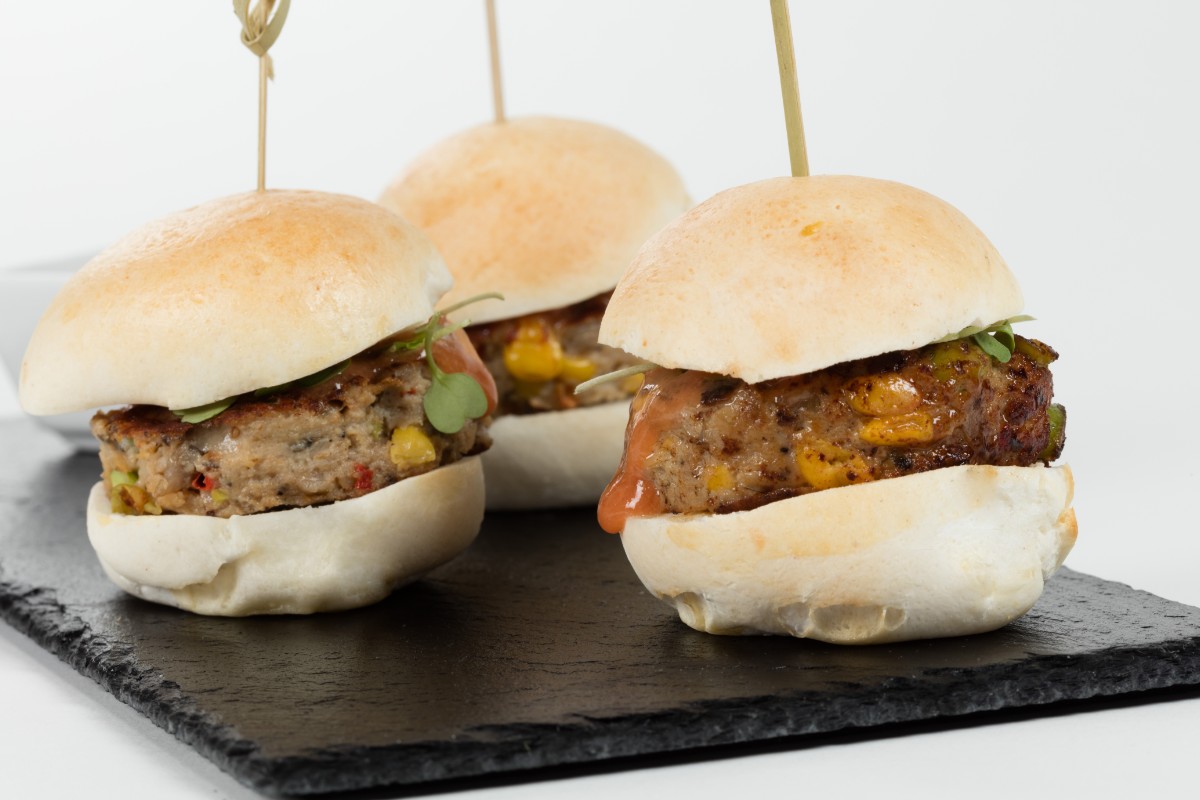 One way to keep plant-based products most is to combine them with novel fat ingredients. (Source: Ingredion)

All about the protein structure

The meat and poultry industries have long relied on injecting whole muscle with a brine solution containing sodium chloride and sodium phosphates. The two function synergistically through several mechanisms to increase the water-binding ability of meat proteins. Phosphates basically work by raising the pH of meat, which causes protein fibers to unfold, opening up the protein structure. Once opened, phosphates and water bind with protein molecules.

Phosphates, which are naturally derived ingredients obtained from mined phosphate rock, are “generally recognized as safe” (GRAS) by the US Food and Drug Administration. Phosphate ingredients contain the element phosphorus combined with metal cations, such as potassium and sodium. They are one of the building blocks of all life, with every living cell – plant and human – requiring it. Most fertilizers include phosphorus, even those certified organic. Some phosphates, albeit not those typically used in meat and poultry, are included on the list of the 5% of nonorganic ingredients allowed in organic certified foods.

The pH of phosphates can range from about 5 to more than 10, but most are at neutral pH 7 or higher. Neutral and acidic phosphates may enhance desirable cured color. The more acidic the phosphate, the lower its water-binding capacity. More alkaline phosphates will raise the pH of the meat, which increases the muscle’s water-holding capacity.

Most phosphates are sodium based; thus, if reducing sodium content is a concern, it might make sense to opt for potassium phosphates, when available. However, because potassium often contributes bitter notes, there may be an impact on flavor. Regardless of type, phosphates tend to be self-limiting, as too much negatively impacts flavor and quality. The USDA limits the amount of phosphate that can be used in meat and poultry to 8 oz per 100 lbs of product.

Phosphates are permitted in whole muscle bone-in and boneless products. The application of phosphates for whole muscle products is by injection, vacuum or static marination. For ground and comminuted systems such as sausages, hot dogs, bologna and meatballs, phosphates are applied in a dry or in solution form.

There are a range of other moisture-enhancing ingredients in the marketplace. Use, including forms and addition levels, is regulated by USDA. Carrageenan, a seaweed extract, is one such water binder long used in fully cooked meat products, most notably ham and poultry. There are three types of carrageenan classified by seaweed source, which influences its performance. Kappa carrageenan, for example, is the form typically used in meat processing, as it forms a strong, brittle-like gel that improves sliceability, lowers cook loss, decreases purge loss and enhances texture.

Carrageenan, like starches and some fibers, are classified as hydrocolloids and recognized for their ability to bind water. Potato starch, for example, has a low gelatinization temperature and swells fast. This, combined with its bland flavor and neutral color, make it very adaptable to fully cooked meat applications.

Native waxy rice starch has been shown to improve yield in both phosphate and phosphate-free products. In a phosphate-free system for chicken, for example, rice starch increased yield seven percentage points higher than the control. In a phosphate-containing system, there was even greater impact, as much as 18 percentage points over the control. These benefits are due to the structure of amylopectin and its ratio to amylose in rice starch. The configuration ensures that there is very low retrogradation, enabling water retention to be maintained after the poultry has been packed.

Citrus fiber ingredients are another option. Derived from various citrus plants, the ingredient contains both insoluble and soluble fiber, which contains natural intact pectin. This contributes to its high water-binding and emulsification properties. Fine grades are made for injections while coarser ingredients are more suited for ground and comminuted meat products.

Most moisture-enhancing ingredients are multi-functional, which is why it’s not a one-size-fits-all product development platform. Knowing your end-product goals is critical for success. When adding any type of water binder to meat and poultry, it is best to start at a low use level and then slowly increase addition, as needed, to the maximum allowed. If levels are too high in a product, it may develop a soft, gummy texture, or even a slimy surface. 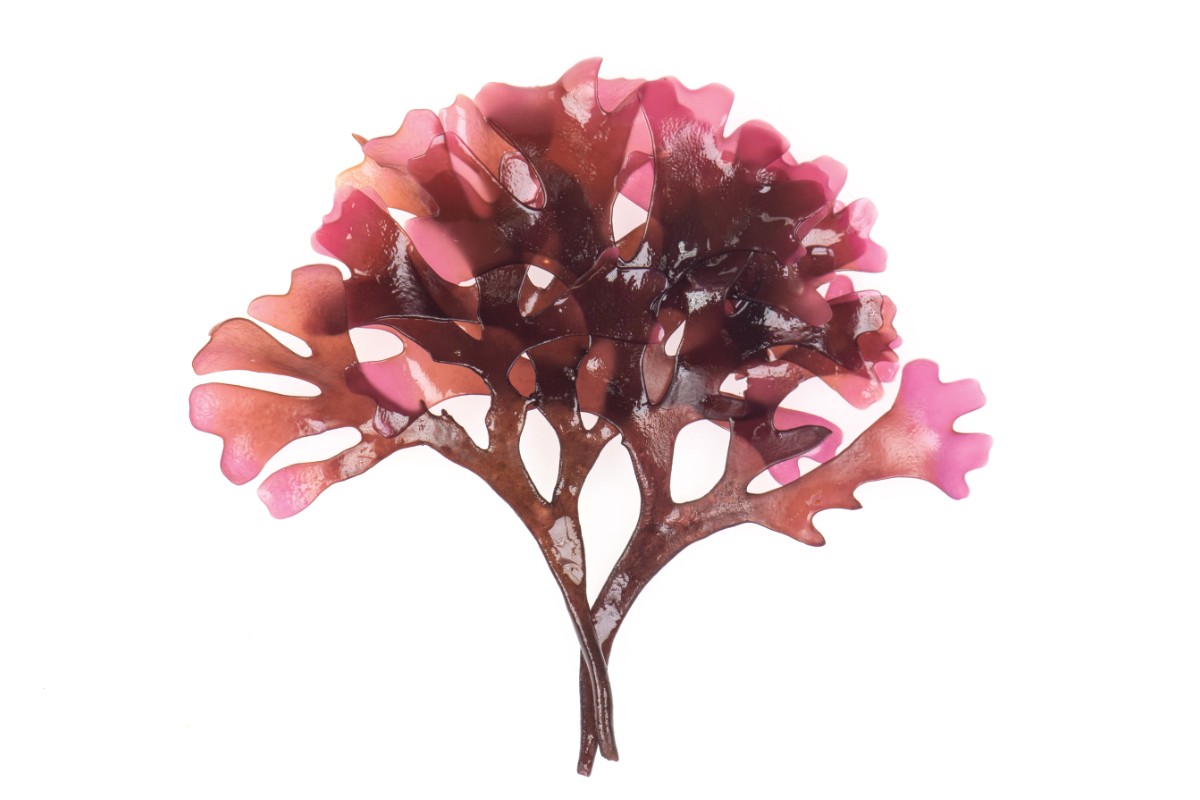 Carrageenan is a water binder often used in fully cooked meats such as ham and poultry.

In addition to working with ingredients, process must be considered. In general, the higher the heat, the greater the potential for moisture loss in just about every food product. Heat, however, is also necessary for food safety. That changed when high-pressure processing (HPP) entered the equation. The HPP technology has been the most adopted non-thermal manufacturing process in the food industry with a current ever-growing implementation, according to Tomas Bolumar, PhD, head of the Department of Safety and Quality of Meat, Meat Technology, Max Rubner Institute, Kulmbach, Germany, and lead author of “High-pressure processing of meat: Molecular impacts and industrial applications,” which was published in the January 2021 issue of Comprehensive Reviews in Food Science and Food Safety. The report states that meat products represent about a quarter of all HPP foods.

Often referred to as cold pressure technology, HPP is a method of preserving packaged food products using extremely high pressure. The process leads to the elimination of harmful bacteria while maintaining a higher yield of vitamins, minerals and enzymes, and preserving a fresher taste. Moisture is also contained in the package. The technology may be used on a variety of fresh food products, including meat, poultry and seafood, to increase shelf life without preservatives. It’s also possible to reduce sodium, a natural preservative, in HPP meat products, enabling sodium reduction claims.

Bolumar and his colleagues reviewed the extensive research conducted in the past decade regarding the molecular impacts of HPP on microorganisms and endogenous meat components, such as structural proteins, enzyme activities, myoglobin and meat color chemistry, and lipids, all of which impact the texture, color and oxidative changes in meat and poultry. The use of HPP has also been explored for its use in meat and poultry tenderization and for structure formation in the manufacturing of processed meats, all of which includes managing moisture content.

“The use of HPP for altering functionality during food processing is interesting because modifications in the properties of foods processed by HPP proceed differently to that of processing using heat,” Bolumar said. “Muscle proteins are the most sensitive of all food constituents to HPP. Meat tenderization by HPP depends on the time postmortem when HPP is applied, the muscle type and the HPP processing conditions, such as pressure level, temperature, and to a lesser extent, the treatment duration.

“The gross structure through to the individual constituent protein molecules of muscle is highly ordered but very complex,” Bolumar said. “As pressure modifies the noncovalent interactions of proteins, this results in changes to the properties of the muscle proteins.”

DeWitt said that observations in comminuted products suggest the potential for HPP to be used as a way to enhance the functionality of salt, possibly allowing for usage reductions of sodium-heavy ingredients. Low-salt beef hot dogs had similar cook losses and improved texture characteristics compared to controls when subjected to 200 MPa for two minutes. Water-holding capacity and protein solubility of 0.5% salt restructured turkey rolls were increased when subjected to the same HPP treatment.

“However, whole muscle products are very different from comminuted products in their character,” DeWitt said. “Instead of an amorphous protein network there is the ordered structure of myofibers and connective tissue layers.”