We use cookies to provide you with a better experience. By continuing to browse the site you are agreeing to our use of cookies in accordance with our Cookie Policy.
Home » Making a curtain call

Rick Ferrante readily recalls the week he went to the International Production & Processing Expo (IPPE) in Atlanta to purchase new equipment for a startup business he envisioned – only problem was, he had no facility, no customers and no employees at the time. Fortunately, he had his father’s belief in him and a lot of on-the-job meat processing savvy. And thankfully, that proved to be more than enough.

Ferrante, 63, is a co-owner and president of Encore Sausage Co., a head-turning business based in Landover, Md., that is widely known for its unique, flavorful and high-quality Italian and breakfast sausage and other specialty offerings.

The inspiration behind the vision for Encore Sausage was Nick Ferrante Sr., an Italian immigrant and patriarch of the Ferrante family. He had instilled an unrelenting perseverance throughout the family that paved an avenue for a successful future. Nick Sr. opened a small butcher shop in Washington, DC, after arriving in America, at which his son Rick began crafting his skills. Along with his brother Nick Jr., the dream became a reality.

Nick Sr. loaned his sons his life savings to build a small production facility in 1978. The newly built plant began supplying the butcher shop and soon began to flourish. As their sausage line-up expanded to include other styles and flavors, the concepts of consistent product and exceptional service became imbedded in the brothers and the business turned more to a foodservice focus.

Rick said at the time he and his brother had no idea what they were getting into or how to achieve their goal.

In 2007, the landscape of the foodservice industry began to change. The company Rick pioneered, known as Nick’s Sausage Co., was a force that had garnered a national reputation. Shortly thereafter, the company was purchased by Clemens Food Group. Rick remained with the company until 2014.

It was sometime later when his father was laying on his death bed, with his children and grandchildren surrounding him, that he spoke to each family member individually to tell them of his love and aspirations for them. Then he summoned Rick to his bedside and proceeded to point his finger to his face, and said, “I believe in you. You are not ready to retire. You can do this again.” 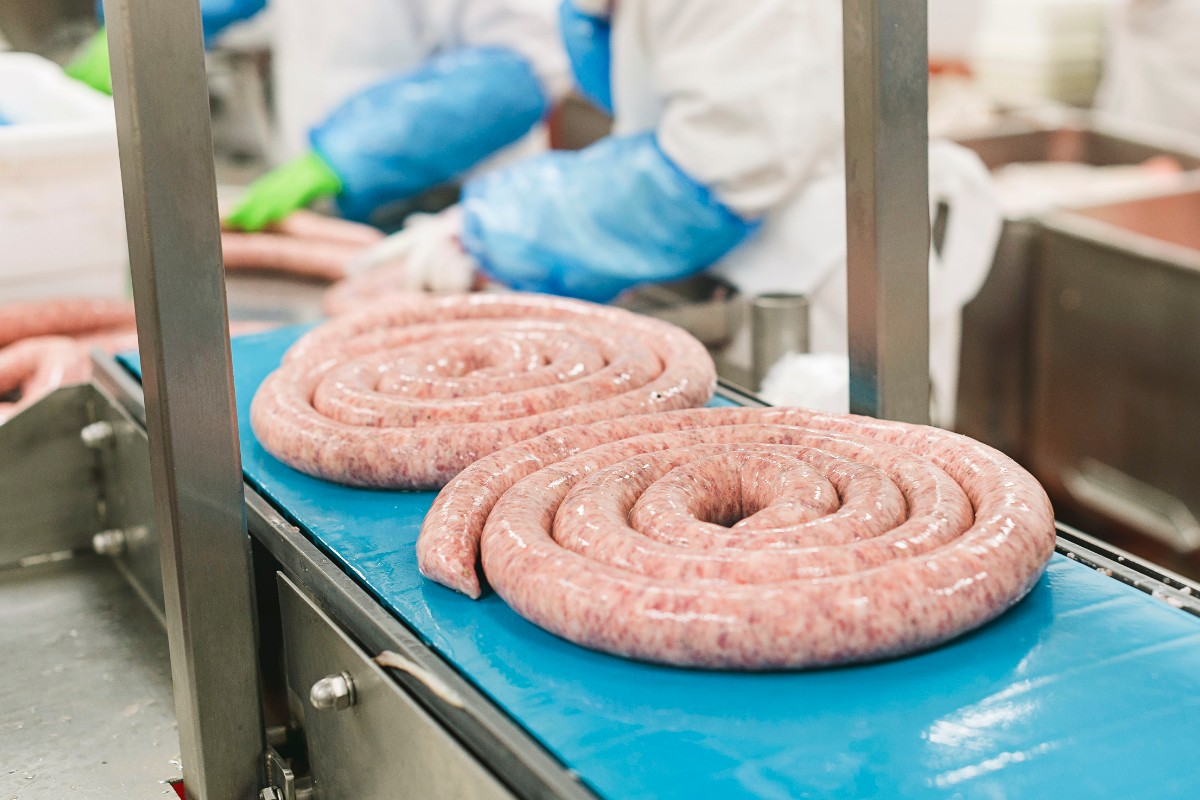 A number of Encorce's sausage varieties can be purchased in link, rope and bulk formats.

So, the expensive shopping trip at IPPE became a watershed moment for the two brothers. They knew the plan was to stay in the sausage business. They also reminisced about what their father had achieved through quality products and a reputation for first-class service and had decided that the show was not over. They decided on a new name for the business – Encore Sausage Co. – since an encore represents a bonus performance at the end of a show, something unexpected. Nick Jr. and Rick brought the next generation of family members (Nick III, Drew, Anthony, Joseph, Rick Jr. and Tricia) into the business, and they never looked back.

“We built a new 23,000-square-foot, state-of-the-art plant in Landover, Md.,” Rick said. “We also developed and fine tuned some new recipes, including our flagship Mild and Hot Italian.

“Our specialty sausage lines include chorizos, bratwurst, jalapeño, Polish, and longaniza, all of which can be made with pork, chicken or turkey.”

In addition to these specialty products, Encore also makes a full line of breakfast sausage links and patties.

“When it came to hitting the stage as a new company, we were old school,” Rick said. “We visited our potential customers, shook their hands, and let them try samples. We were not targeting the accounts that just wanted something cheap for a week or so. We wanted a long-term relationship with people we know and who know us.”

Rick says he is thankful for the life lessons his father taught him, Nick Jr. and his sister Donna. He added that he is also thankful for the former butchers, sausage-makers and employees from his former business who came back together to get the Encore Sausage Co. up and running. 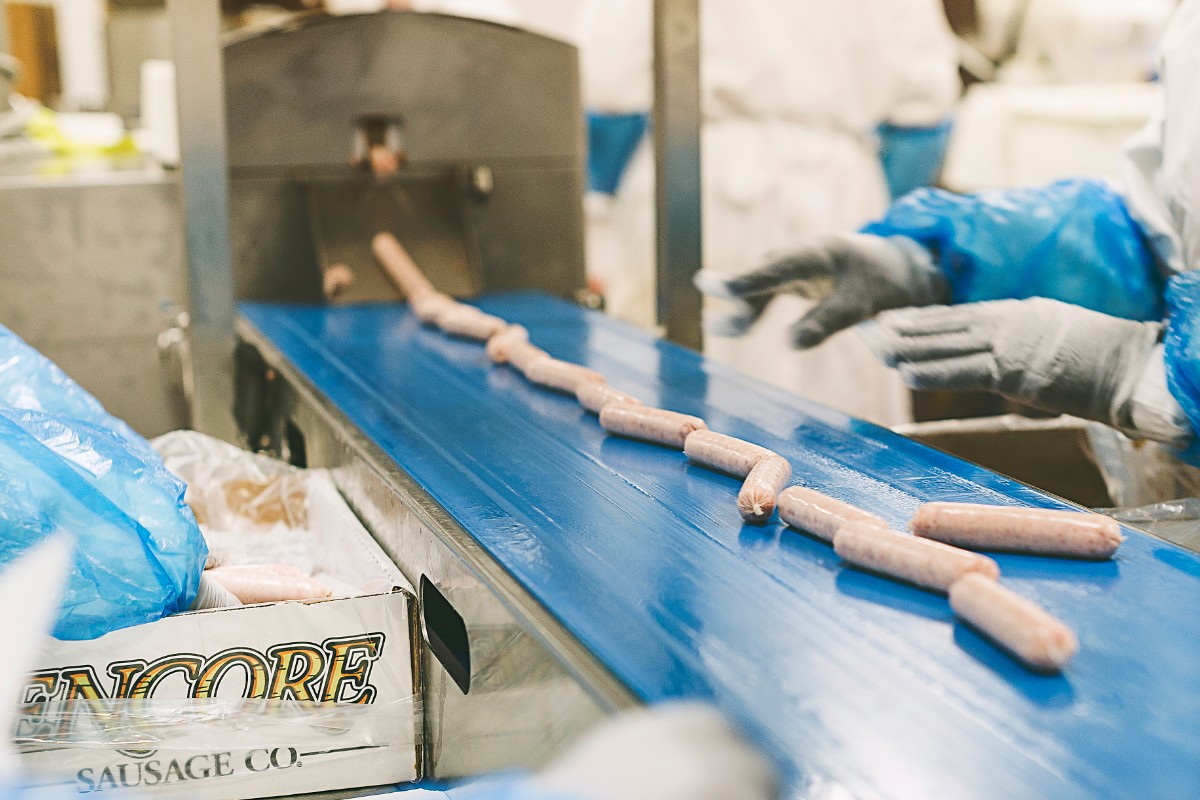 This is truly a family operation from sales, quality assurance, and all the way through to operations. And, many of the key employees from Rick’s former business were part of the company’s “encore” and rekindled their passion for this trade.

You could call it a fast start for a new company – it’s only been a little over five years since the company took on the new name, product formulations and plant. Their products are found nationwide through a network of distributors. Rick said the company is giving some consideration to possible direct sales into the retail segment soon.

“The bulk of our business is east of the Mississippi River, but we are now reaching into Texas, California and the Pacific Northwest,” he explained.

“I’ve very much remembered and relied on my father’s ‘life lesson’ comments about not trying to be the biggest company...just the best,” he said. “He always reminded me that a company has a responsibility to its employees who have to take care of their own families. And to him that meant not being the lowest priced option, but one that consistently offered quality and fair pricing in order to exceed customers’ expectations and keep them coming back.

“Then he [Nick Sr.] always added that he made many mistakes himself, and that we will make mistakes ourselves as well. But he warned that if you do not learn from these mistakes, you will not succeed. I’ve always remembered that this life was going to throw you curve balls, but the key to success is how you react to those obstacles...because that is what separates us from the rest – both as a company and a family.”