We use cookies to provide you with a better experience. By continuing to browse the site you are agreeing to our use of cookies in accordance with our Cookie Policy.
Home » USDA tweaks US corn, soybean production forecast from October

WASHINGTON — The US Department of Agriculture in its Nov. 9 Crop Production report forecast slightly higher corn production and slightly lower soybean production from its October projections although both were up from 2020. The lower soybean estimate appeared to be the greatest surprise to the trade.

The USDA corn production and average yield forecasts both were slightly above the average of pre-report trade expectations of 15.050 billion bushels and 176.9 bushels per acre. 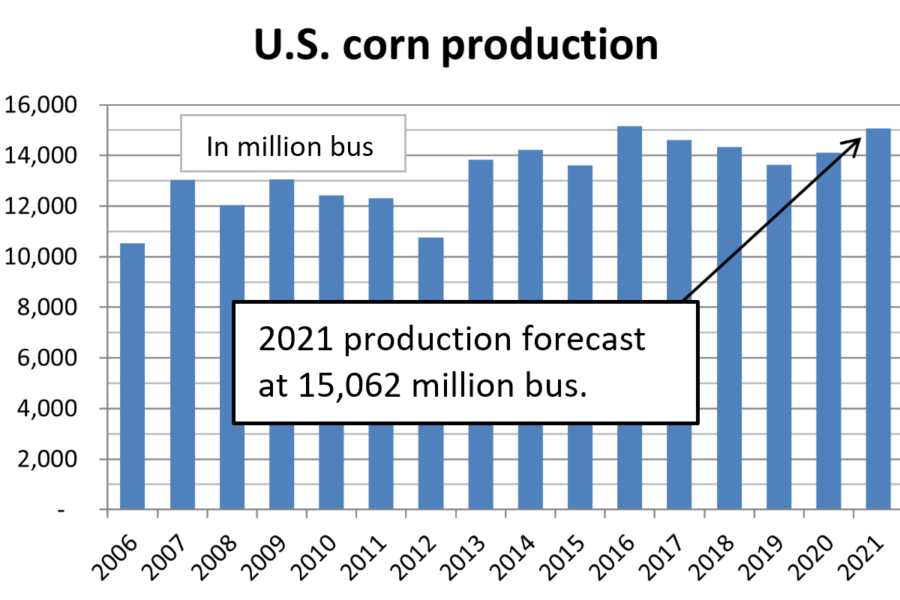 USDA’s soybean production and average yield forecasts both were below the average trade expectations of 4.484 billion bushels and 51.9 bushels per acre.

CME Group soybean futures posted gains of 20¢ a bushel or more after the 11:00 a.m. Central Time release of the reports while corn futures were up about 4¢ a bushel. Nearby soybean futures had dropped to their lowest level since December 2020 ahead of the report on trade expectations of higher soybean and production estimates from October.

Wheat production for 2021 was not updated in the November report.