AUSTIN, MINN. – More people are on the move at Hormel Foods Corp. — the company announced two promotions and a retirement.

“Frank will assume responsibility for continuing to evolve the company’s portfolio to meet the changing needs of today’s consumers, amplifying scale in snacking and entertaining, and growing the company’s ethnic and food-forward portfolio,” the company said.

The Grocery Products business includes many of Hormel’s most well-known brands such as Planters, SKIPPY, Justin’s, Dinty Moore, Hormel chili, Corn Nuts, Herdez and WHOLLY, as well as its iconic SPAM brand, among others.

“Jeff is assuming the leadership of Grocery Products at an incredibly exciting time,” said Jim Snee, chairman of the board, president and chief executive officer, Hormel Foods. “Our growing portfolio of leading brands has never been stronger, especially with the acquisition of Planters.

“Jeff has been an outstanding leader of some of our most dynamic brands and businesses, including accelerating the growth of our MegaMex business as its president,” Snee continued. “He has a strong background in marketing, sales, business strategy and innovation. I look forward to working with him to continue to deliver growth in Grocery Products.” 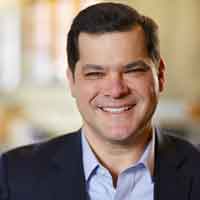 Luis Marconi Marconi began his career with Hormel Foods in 2000 as the manager of international sales and marketing in the international division. In 2006, he was promoted to a senior role in the Grocery Products division as manager of international joint ventures. In 2009, when the MegaMex Foods joint venture was formed, Marconi was named managing director by the board of managers. He was named the vice president of Grocery Products marketing in 2012 and assumed his current role in 2016.

In more personnel news, Wendy A. Watkins was promoted to the new post of senior vice president and chief communications officer for Hormel Foods’ global operations.

In this newly created role, Watkins will continue her stewardship of the Hormel Foods corporate reputation, internal and external communications, corporate social responsibility and issues management across the organization, the company said. She oversees the company’s charitable trust, and its consumer response and engagement group, along with its creative studios. Watkins has led communications since joining Hormel Foods in 2015 as vice president of corporate communications. Watkins will report to Snee.

“As more organizations focus on ESG initiatives, Hormel Foods is proud of the work we have done as one of world’s top corporate citizens, leading with transparency, integrity and trust with our stakeholders in all that we do,” Snee said. “Since joining Hormel Foods six years ago, Wendy has built a world-class communications team and elevated the global reputation of Hormel Foods. She has led our corporate responsibility commitments through the creation of Our Food Journey, which has had a positive impact on our people, our communities and our products.

“Additionally, Wendy was instrumental in the company’s COVID-19 response, ensuring the commitment of Hormel Foods to our people and our communities never wavered in the midst of this pandemic,” he said. “Her energy, experience and passion for our culture make her a tremendous resource to this company.”

Watkins joined Hormel as vice president of corporate communications in 2015 with more than 25 years of experience in global strategic communications, public affairs, marketing and corporate responsibility. Prior to that, she spent 15 years as global vice president of corporate communications for Delaware North Companies, one of the largest privately held food, sports and hospitality companies in the world. Prior to Delaware North, she held positions in communications with Marriott Corporation, Empire of America’s Brandywine Enterprises real estate division and Lanier Associates, a public relations and advertising agency.

Watkins has been active in the communications industry and was inducted into the PRWeek Hall of Femme in 2021. She was also honored as a change-maker in the 2021 Top Women in PR Awards program. She is a member of the Forbes Communications Council, the Arthur Page Society, the Vice Presidents Forum and the CCO Council.

Watkins earned her bachelor’s degree in journalism from the University of Missouri-Columbia.