We use cookies to provide you with a better experience. By continuing to browse the site you are agreeing to our use of cookies in accordance with our Cookie Policy.
Home » Hats off to Matt-Hat Jerky

Hats off to Matt-Hat Jerky

The two started the company four years ago using their grandfather’s recipe for homemade jerky. 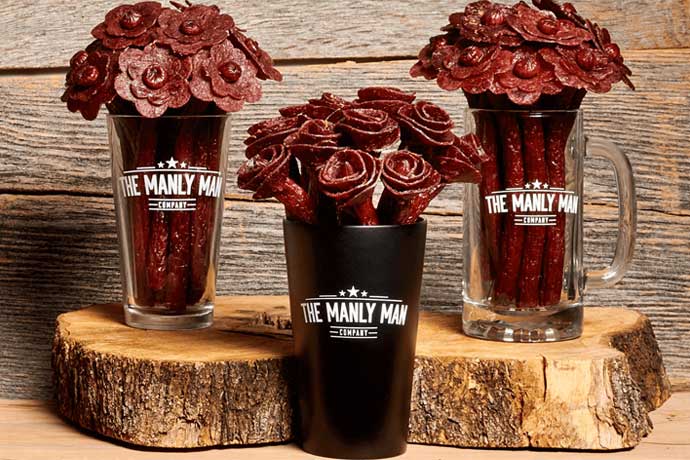 “We’re on a mission to save you the time and frustration when searching for a unique and intriguing gift men will love,” the company said in its mission statement. “It won’t be re-gifted like other gifts (he likely doesn’t need any more pajamas).”

“Democrats in Washington have put forward two starkly different proposals for strengthening the future of American cattle farmers and ranchers.”

– The National Cattlemen’s Beef Association on its opposition of the Farm System Reform Act.

WWE Superstar Brock Lesnar might know all there is to know about wrestling, but when it comes to being a butcher, he’s still an amateur. That is, until he had the chance to appear on the “Bearded Butcher” show on YouTube. Creston, Ohio-based Bearded Butcher Blend seasoning hosted the wrestler on their butchery program in July to teach Lesnar a few tricks to use outside of the wrestling ring.

During the 15-minute clip, the “bearded butchers” demonstrate for Lesnar the necessary skills for butchering bison, beef and pork.

The Bearded Butchers have more than 700,000 subscribers on YouTube. 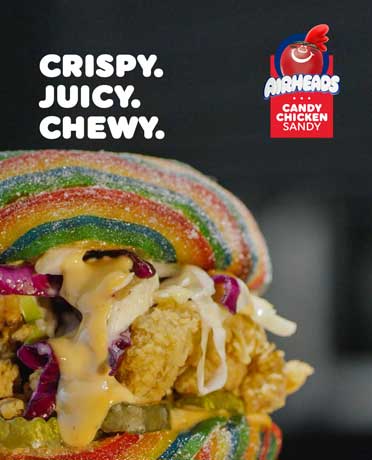 The chicken wars have extended beyond traditional fast-food chicken sandwiches. Airheads recently launched its own chicken sandwich on National Fried Chicken Day with a bun made entirely of Airhead candy.

The Airhead Chicken Sandwich was made up of fried chicken, coleslaw, spicy mayo and pickles all resting on a sweet and sour Airheads Xtremes bun. However, interested diners only had a three-hour window to enjoy the sandwich on July 6 at Frances’ Deli & Brunchery in Chicago.