In light of recent events throughout the United States, every company, no matter the size, product or service, was behooved to pause and look for opportunities to support the Black community. The nature of Kingsford Products Co.’s business and the rich and integral history of the Black community’s contributions to history, and especially to the past, present and future of barbecue, provided Kingsford the opportunity to initiate its Preserve the Pit program, which launched Jan. 25, 2021.

“At the same time, we also wanted to be thoughtful about our approach to ensure that we found a credible role for our support,” said Shaunte Mears-Watkins, vice president of strategy and marketing for Kingsford. “We feel that a big part of preserving the history of Black barbecue culture in America is investing in its future, which is why we created the fellowship.” 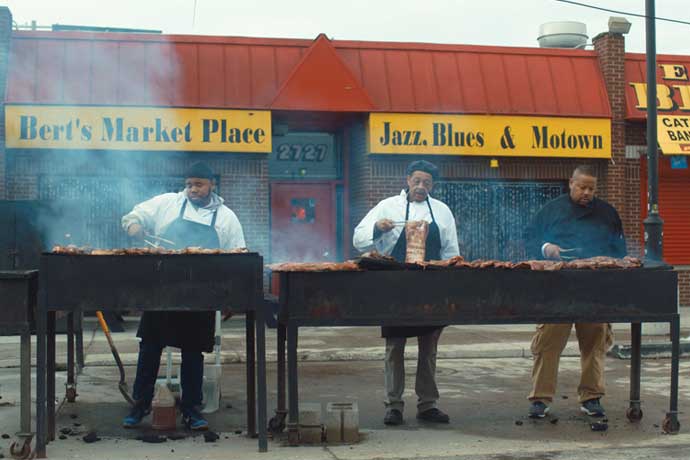 Black pitmasters carry on the traditions and pass them down to the next generation at Bert’s Market Place in Detroit.

Preserve the Pit concentrated much of its effort to matching established mentors from the Black barbecue community with fellows chosen from a pool of nearly 1,000 applicants. The mentor network includes renowned pitmasters and industry leaders Kevin Bludso, Howard Conyers, PhD, Devita Davison, Bryan Furman, Rashad Jones and Amy Mills. The focus on fellowship ensured participants would gain experience to last them throughout their entire career.

“The mentor network is the cornerstone of the program because the relationships that will be fostered between the mentors and the fellows will be instrumental to their future success,” Mears-Watkins said. “The mentors participating in the program are all committed to the mission of Preserve the Pit, as well as the time investment needed for a successful mentor relationship.”

Kingsford and the mentor network reviewed the applications and selected fellows based on, but not limited to, interest in the program, connection to barbecue, contributions to the legacy of the Black barbecue community and commitments to strengthening its future. Kingsford and the mentors for Preserve the Pit understand that barbecue involves more than just the food. It brings people together and builds communities.

“Whether you want to turn your side-hustle into a full-time job or already have a business started but are unsure where to go next, we set out to find applicants who are inspired by barbecue and committed to contributing to the legacy of the Black barbecue community,” Mears-Watkins said. Ronald Simmons serves as an example of a Preserve the Pit fellow who does not work in the restaurant business directly, but is a supplier. He owns Master Blend Family Farms LLC and provides whole hogs and premium pork products to restaurants and privately owned businesses in his community.

Raising pigs is one thing Preserve the Pit mentor Bryan Furman and Simmons have in common. Furman grew up on a South Carolina pig farm and raised pigs on his own farm to supply his first barbecue restaurant, B’s Cracklin’ Barbecue (B for Bryan and Cracklin’ for the skin he put in the cornbread), which he opened in Savanah, Ga., in 2014. Furman thought raising his own pigs would differentiate him from other pitmasters at the time.

Furman’s pig farm started out in Pembrooke, Ga., and after significant growth made its way to Statesboro, Ga., before his business manager urged him to consider focusing exclusively on his restaurants.

“Once we got into Kroger and the Hawks Arena, it was just too much,” Furman said. “So I let that go, but I partnered with other heritage breed hog farmers and they supplied me so I didn’t have to focus on the farm at that time.”

Furman became aware of Preserve the Pit through good friend and fellow mentor, Howard Conyers. Conyers, also from South Carolina, and Furman met in 2017 and always spoke about someday doing something to showcase Black pitmasters, their contributions to barbecue and history and somehow lifting up the next generation.

“We are blown away by the interest in Preserve the Pit with nearly 1,000 applications and the passion that was conveyed by applicants for strengthening the Black barbecue community.”  Shaunte Mears-Watkins

“We’ve had conversations where we’ve talked about going to old, Black barbecue joints that have closed down and reopening them,” Furman said. “So, Howard and I have been talking for a long time.”

Furman recalled a morning in Texas when he received a phone call from Conyers. Conyers told him of a possible project with Kingsford (Preserve the Pit) that would pair Black pitmasters and emerging Black barbecue entrepreneurs. At the time, Conyers wasn’t sure if the project would maintain traction, but told Furman he wanted him as a mentor for it. 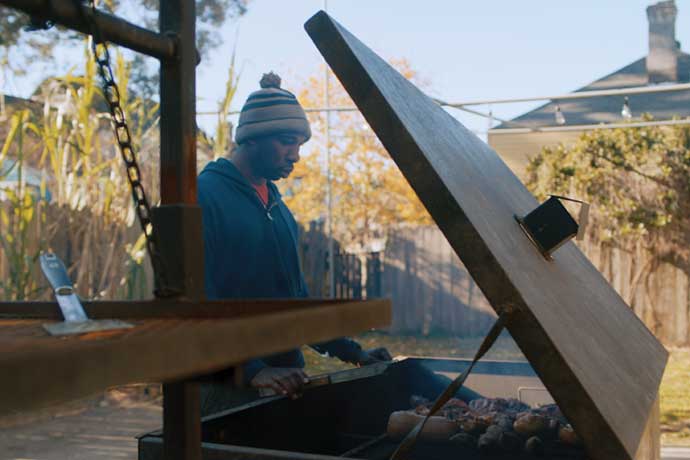 Howard Conyers joined Kingsford to enlighten America about the history and contributions of the Black barbecue community and foster its future.

While every mentor-mentee relationship is nuanced in its own unique way, Furman believes in providing his mentee with every possible bit of information to help development and provide the absolute best opportunity for success. After Simmons and Furman connected, Furman asked his fellow pig farmer what he was currently doing in terms of operating the business.

Simmons’ business consisted of raising the hogs and selling the meat to three different restaurants. The growth strategy was adding more restaurant customers, but Furman had another idea. Furman told Simmons how he supplied himself only with the pigs he raised to cut out a supplier, and the next move would be for Furman to teach Simmons how to cook barbecue.

Furman told Simmons he will have a built-in branding point. He can tell customers about working with Furman, he can say he learned to cook barbecue from Furman. In addition, Furman suggested Simmons keep his ideas close to the vest, knowing that often times people around an entrepreneur can get uncomfortable with change, and try to dissuade a business person from taking the risks that create opportunity and success.

“They might try to shut down your ideas because you’re changing, and they might not understand that change is growth,” Furman said. “I told him he doesn’t need to share all his information, his ideas, because people will try to influence his decisions about his business.”

Those were just a few quick lessons Furman offered his mentee with the rest of the year ahead to impart more wisdom in the relationship.

“Just teaching him that, the ins and outs of how to brand yourself and how to promote yourself and those steps he has to go through,” Furman said. “As easy as it might sound when I say that, I have to remember I’ve been doing this for 12 years. But those are the types of things I’m trying to teach, that type of information.”

COVID-19 has created a difficult teaching and learning environment for such hands-on skills as cooking barbecue. Furman worked on putting together a tour that Simmons would join him on, but the pandemic and safety concerns forced him to hold off on that.

“Right now, all we can do is talk back and forth and exchange information,” Furman said. “He can work on different steps, we can look at ways to cut his costs, things like that.”

Mears-Watkins added, “We designed the program so that the majority of training and mentorship will take place virtually via phone calls and/or video meetings. Our hope is to conduct in-person sessions for the participants with their mentors at some point in the year, but only if we can ensure the safety and comfort of all parties.”

For Kingsford, the mentor network and Furman, Preserve the Pit means much more than helping Black barbecue entrepreneurs get their businesses to the next level. While that remains a primary function of the program, history, a voice and community all play important, crucial roles in Preserve the Pit’s overall meaning.

“It means so much that Kingsford has put Preserve the Pit together,” Furman said. “To me, Preserve the Pit is like preserving Black history. It also gives us a platform to teach others and mentor others to come in and show their talents, which is big because our talents are kind of downplayed. It provides the ability to not only show our talents but also bring in our mentees and show them how to run a successful business and how to be successful. If it wasn’t for Kingsford and Preserve the Pit, how would I be able to do that?

“We are blown away by the interest in Preserve the Pit with nearly 1,000 applications and the passion that was conveyed by applicants for strengthening the Black barbecue community,” Mears-Watkins said. “The selected fellows are motivated to begin their experience as a Preserve the Pit fellow, and we’re happy to be able to support them throughout their journey.”