Bovine on the lam

A cow set to be slaughtered at Rhode Island Beef and Veal in Johnston, RI, early in February, managed to escape capture for six weeks and had been spotted around the area several times. Police told the public to stay clear of the animal and to not try to capture or harass the cow.

“Though the cow is out of its element, it appears to be healthy and well fed,” Johnston police said in a Facebook post. “We cannot actively chase the cow, and our goal is to keep it contained to wooded areas where, hopefully, it remains unharmed. Please leave the capture to professionals.”

Since the animal was able to escape capture multiple times, a change.org petition sprung up during March to put the cow into a sanctuary instead of going to the slaughterhouse. As of March 15, it had more than 12,000 signatures. 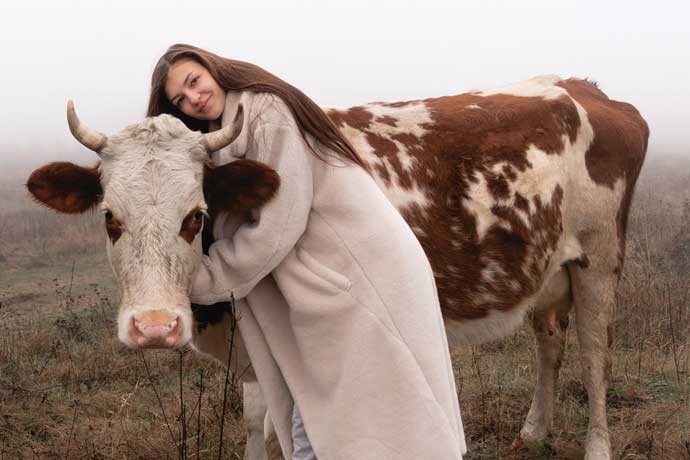 As people struggle to deal with the latest stretch of social distancing and hardships of the COVID-19 pandemic, some people have turned toward companionship from a different source.

The Washington Post reported the growing fad of cow cuddling, where people are paying money to hug cows – since many still cannot hug their family members.

One cow cuddling location, Mountain Horse Farms in Naples, NY, is offering $75 per hour cow sessions where people can snuggle with a bovine out on the farm. Other states where cow cuddling is currently available include Hawaii and Arizona.

“Probably tomorrow because I mentioned it.”

– Richard Galanti, executive vice president and chief executive officer of Costco, when asked by a financial analyst if/when he expected to see consumers panic buying bacon after announcing pounds of bacon sold systemwide for Costco’s fiscal second quarter were up 45% over the same period the previous year. 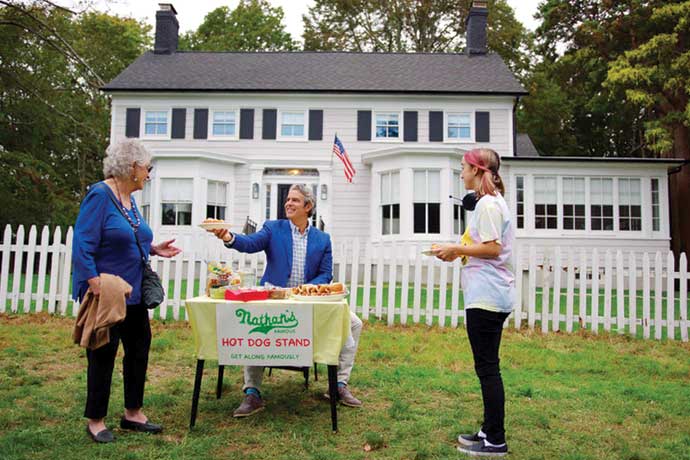 A series of eight short videos features Cohen talking with people in residential neighborhoods as he operates his own Nathan’s Famous hot dog stand. Cohen uses his hosting skills throughout the campaign to encourage the neighbors to find common ground through their mutual love for hot dogs.

“At Nathan’s, we strive to provide a unique taste experience with our original 105-year-old recipe that can bring together individuals from all walks of life, no matter what age, where they live, or who they are, and turn strangers into friends,” said Bethany Gurecki, brand manager for Nathan’s Famous. “There’s no denying that Andy Cohen also knows a thing or two about bringing people together – including feuding A-listers – which is why he was the perfect fit for our Get Along Famously Stranger Stand video campaign.”

The collection of videos can be viewed on the Nathan’s Famous YouTube channel.