Three people were in some hot water earlier this summer after park officials discovered the trio trying to cook two chickens in a hot spring at Yellowstone National Park.

According to media reports, Eric Roberts and Dallas Roberts were cited for their violations by park rangers and had to pay $540 in fines and fees along with serving two days in jail. An accomplice, Eric Romriell, was fined $1,250 for his involvement in the attempted cooking incident. All three are banned from Yellowstone for two years. 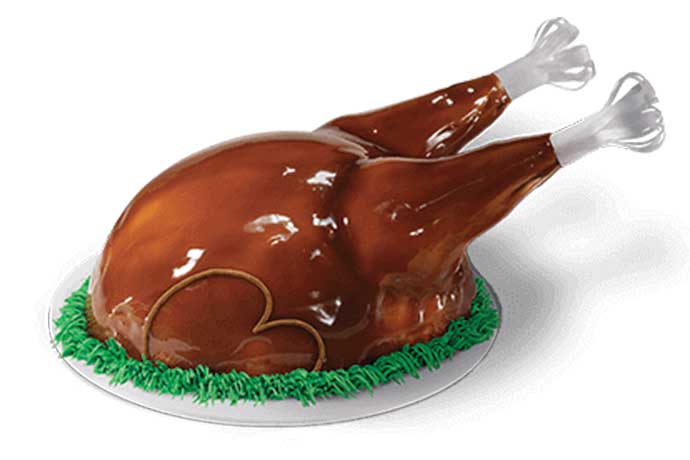 We all scream for turkey ice cream

Since the 1970s, Baskin-Robbins ice cream stores have been selling limited-edition ice cream cakes designed to look like a cooked whole turkey during the holiday season. The cake looks almost good enough to put in the center of the holiday dinner table.

In 2008, the ice cream cake got a facelift, and was made to look even more realistic with the addition of a shiny caramel, praline glaze. The legs are made from sugar cones, and the ice cream inside can be any flavor.

The turkey cakes sell for $29.99 in most locations.

“Prioritizing vaccinations for food, agriculture, retail and CPG workers will be a key intervention to help keep workers healthy and to ensure that agricultural and food supply chains remain operating.”