CALIFORNIA, MO. – Morris Burger, the second-generation leader of Burgers’ Smokehouse, died on Dec. 16 at the age of 85 after battling pancreatic cancer. He is survived by his wife of 60 years, Dolores; two sons, Steven and Philip; his daughter Sara Rohrback; and two sisters, Mary Keil and Jane; and eight grandchildren.

“The Burger family is saddened to announce that Morris Burger was called home to be with the Lord on Wednesday, Dec. 16, 2020,” said Steven, who is now president of Burgers’ Smokehouse. “We are all very grateful for him being a part of our lives and he will truly be missed by his community, family and friends.” 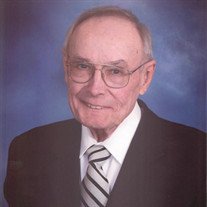 Morris recounted his eventful life in his obituary, with the assistance of his wife. In it, he detailed his first diagnosis with cancer in 2013 and how he underwent treatment and was miraculously in remission 19 months later. The cancer returned earlier this year.

He chronicled his life growing up on a farm in the Red Brush Community about nine miles from California, Mo. After high school he attended the University of Missouri where he said he made lifelong friends as a member of the Alpha Gamma Sigma fraternity. He graduated in 1957 with a degree in Agriculture Engineering and as a four-year member of ROTC, earning the rank of 2nd Lieutenant in the US Army. After graduating, Morris completed officer’s training and was deployed to Germany during the Korean War. While there he attended special weapons school where he learned to assemble atomic bombs. After returning home in 1959, he went to work at his grandfather’s “Ham House” and later worked making and selling country hams alongside his father, who died in 1972, and his mother, who died in 1993. He went on to take over the business and worked tirelessly to make it successful along with his late brother-in-law, Robert Keil.

Morris’s accolades and accomplishments in the industry were many. Among other achievements, he was co-founder of the National Country Ham Association and served as its president. He also accepted awards into the Cured Meat Hall of Fame on behalf of Burgers’ and became a member of the National Meat Hall of Fame in 2019. Today, Burgers’ is an institution in California and well respected throughout the industry. Burgers’ has grown to process a wide variety of smoked and value-added meat and poultry products and is widely recognized for its diverse offerings and quality-first approach.

“Over the years the company has received many awards,” Morris said in his obituary. “One person cannot achieve this without the help of many others. I share these awards with supportive family members, loyal customers, reliable suppliers, knowledgeable consultants and dedicated fellow workers. Over the years I had the privilege to work with good people and doing what I loved to do.”

He retired from the family business in 2000, at the age of 65 and passed the torch to Steven, who is president and Philip, who serves as vice president.

“Generation three has exceeded my expectations,” Morris said. “I am very proud of them. Five members of the fourth generation have joined the company, so it looks like we will continue as a family-owned and operated business.”