We use cookies to provide you with a better experience. By continuing to browse the site you are agreeing to our use of cookies in accordance with our Cookie Policy.
Home » Hooray Foods releases plant-based bacon

SAN FRANCISCO — Hooray Foods is introducing a plant-based bacon alternative that looks, cooks, smells and tastes like bacon, according to the company.

“People who love bacon, love Hooray,” said Sri Artham, founder of Hooray Foods and previous vice president of consumer packaged goods (CPG) at Fair Trade USA. “I came at it from a totally different direction and developed it with a novel way to encapsulate fat in a substrate.”

Hooray Foods’ product reduces carbon emissions by more than 80%, the company said, and also saves pigs from the slaughterhouse. The company plans to partner with nonprofit animal farms and sanctuaries to help provide funds toward pigs rescued from production and abuse. 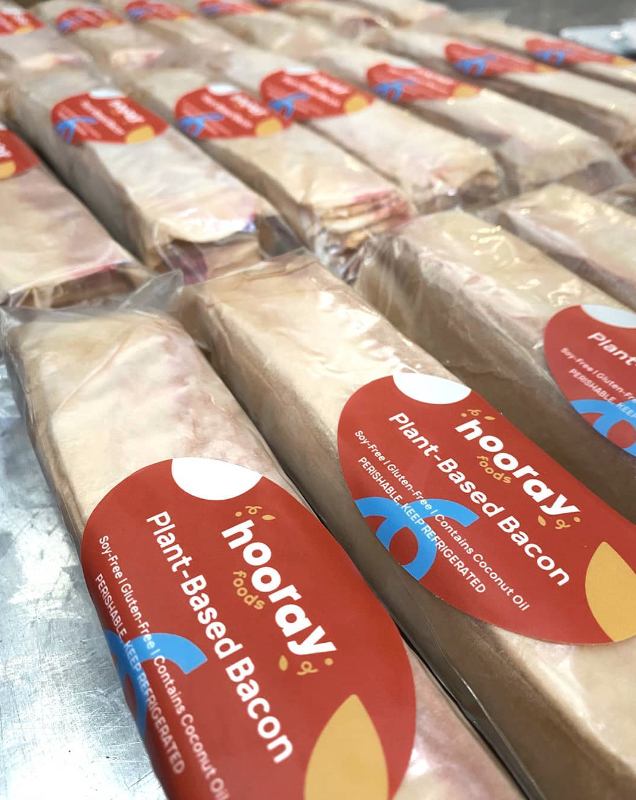 “I wanted to do something that would have a positive environmental impact,” Artham said. “While I'm not a chef or a food scientist, I have been in the food industry for many years, so working to make an environmental difference seemed like a good place to start. If you want to impact climate change, there's almost no better way to do so than by changing what you eat.”

Hooray Foods’ vegan bacon is debuting in 300 Whole Foods Market stores in seven regions throughout the month of November.

In July, venture capital firm Stray Dog Capital led a seed round for Hooray Foods after leading its pre-seed round in October 2019. GlassWall Syndicate also participated in the round.